China's sanctions over EU officials and entities are justified and timely 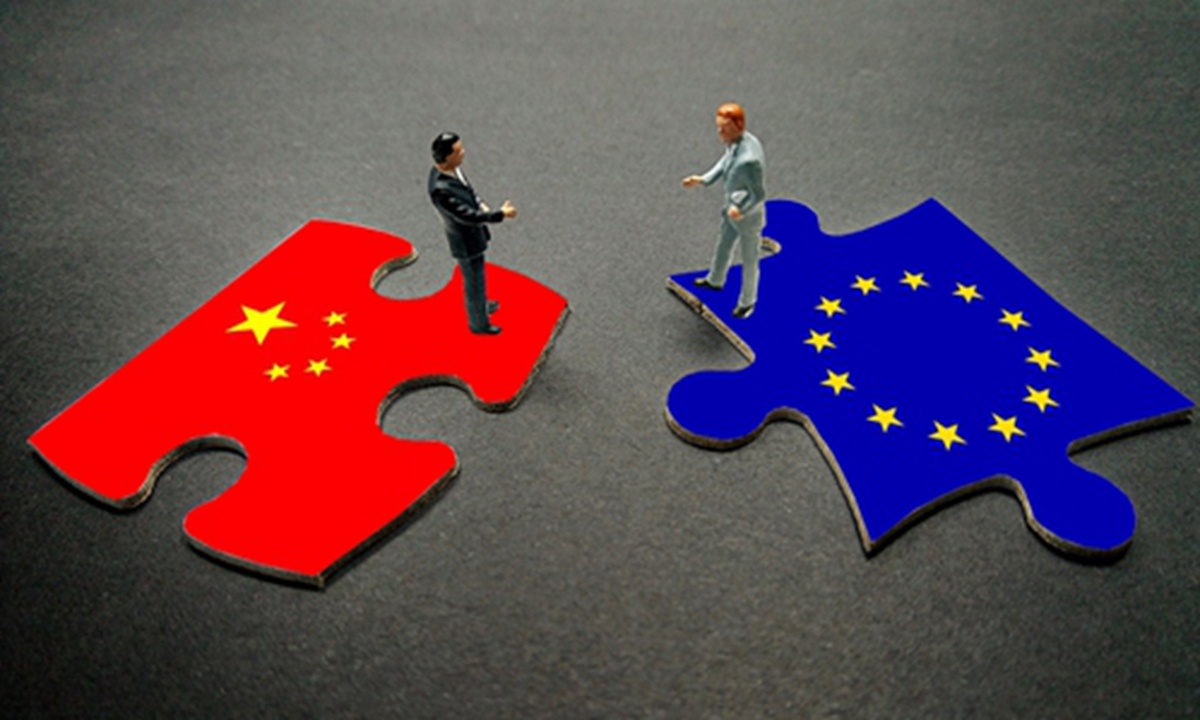 The Chinese Foreign Ministry announced on Monday to "sanction 10 individuals and four entities on the EU side that severely harm China's sovereignty and interests and maliciously spread lies and disinformation."

This was a response to EU's earlier decision on the same day to impose unilateral sanctions on four Chinese individuals and one entity citing the alleged human rights issue in Northwest China's Xinjiang Uygur Autonomous Region. The individuals sanctioned by China include eight members from the European Parliament, local legislators from certain countries and two scholars. The sanctioned entities include those from the European Union, Germany and Denmark.

The EU's sanctions on relevant Chinese individuals and entities on Monday have been the first of this kind since the 1990s. The sanctions are apparently symbolic, but they are vicious in nature, demonstrating the EU's moral arrogance and its intent to try to interfere in China's internal affairs. It's reported that the White House also announced new sanctions over Xinjiang issue on Monday, and UK and Canada would follow the suit. The EU appears to be coordinating with the US and UK. China's resolute countermeasures have come in time, expressing Beijing's attitude that such manners from the EU in their interaction with us is unacceptable.

In its report "EU-China: A strategic outlook," published in 2019, the EU called China a systemic rival, but added that "China is, simultaneously, in different policy areas, a cooperation partner." Major European countries generally value economic cooperation with China. In December 2020, the EU and China reached an agreement in principle on a comprehensive agreement on investment.

When it comes to human rights, divergences between the two sides are prominent. Some radical forces in Europe wish to seek attention by hyping up the disputes in an attempt to raise Europe's status. But they have misjudged the way through which the EU could expand influence.

China has made a solid response this time. For instance, the Mercator Institute for China Studies in Germany was placed under Chinese sanctions this time. It is the largest Chinese research center, not only in Germany, but also in entire Europe. Cutting off ties with China means its research channel will hardly be sustainable and its influence will be critically hit.

Through a swift counterattack, China manifested that any act that violates its interests or interferes in its internal affairs will be resolutely pushed back. China will not tolerate Western groundless human rights attacks in silence. We have the will and tools to retaliate.

We don't think it is in the EU's interest to change the bloc's policy toward China under the current circumstance. Therefore, we hope the EU will reflect on this round of conflict with China. We hope they will not lose their real interests for the sake of pursuing political correctness. Building a multipolar world is what the EU wants. As to the bloc, the most important thing is to take advantage of every possible element to develop and strengthen itself rather than to respond to US' ideological appeal to attack China with alleged human rights issues.

The EU is welcomed to send delegations to visit Xinjiang. However, the bloc gave up the plan to visit the region after its request to have a meeting with Ilham Tohti, who is serving his prison term, was rejected by the Chinese side. The principle of non-interference was born in Europe. Europeans should be aware that their request is a severe offense to a sovereign country. Europe, with a great number of small countries and a continent that had suffered a lot in wars and turbulence should keep in mind its pursuit of peace and stability.

Strengthening cooperation with Europe is the true desire of the Chinese people, but safeguarding China's sovereignty and security must be placed at the top of national policies. The EU also has diverse voices at home. It is the case of Hungary, which has expressed opposition to the EU's sanctions against China. China's basic national conditions are very different from that of the EU. The EU is supposed to be able to grasp a more objective understanding of China instead of interacting through a simple mind-set.

There are systemic lies in the West about China's Xinjiang and Hong Kong affairs. Political prejudice and moral arrogance are the hidden hands behind those lies. Washington is stuck with conspiracy and ambition to picture China as the enemy of the entire Western world. It is hoped that the EU will distance itself from Washington's extreme policies to contain China and be highly vigilant against malicious forces that want to create confrontation between the EU and China. The EU should break away from their influence and prevent its China policy from being strategically deviated.