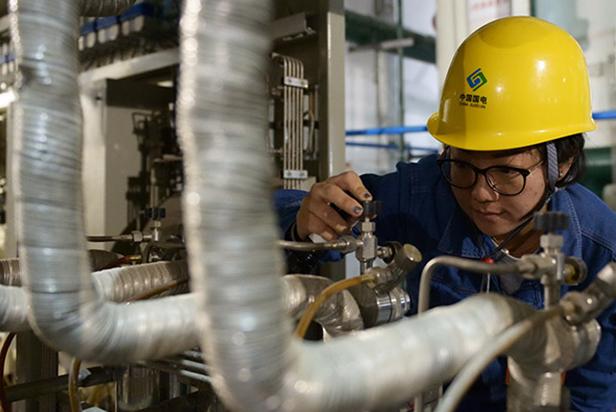 Bearing risks on their own, practicing self-discipline and pursuing self-development, they compete with other enterprises of different ownerships on a level playing field.

However, they have long been regarded as a thorn in the side of some Americans who stubbornly believe that “those who are not with us must be against us”. Fabricating stories about Chinese SOEs and maliciously defaming them, these Americans spare no effort to stigmatize and demonize these Chinese companies.

Since China’s accession to the WTO, the country has been actively reforming its policies to ensure compliance and fully performing the obligations under the WTO Agreement on Subsidies and Countervailing Measures. Not only has China completely cancelled prohibited subsidies, but also strictly abided by the WTO rules on subsidy transparency.

Over a thousand relevant notifications have been submitted by the country to the WTO.

In July 2018, China submitted to the WTO notifications of the central and sub-national subsidy policies between 2015 and 2016 which for the first time covered all of provincial-level administrative regions.

Meanwhile, making active and effective efforts to straighten out and standardize industrial subsidies, relevant Chinese departments have created a market environment where companies of all ownerships and sizes are treated as equals and compete on a level playing field.

China, keeping its commitment with concrete actions, has been highly acclaimed by the international community. Pascal Lamy, former Director-General of the WTO, said that “China has done really well in terms of implementing its long list of commitments” and that the U.S. is wrong when it targets China as the “big cheater”.

It’s hardly possible to disassociate the U.S. speculation of the so-called huge Chinese SOE subsidies from the sour grapes and mental malfunction of some U.S. officials.

On the latest Fortune Global 500 list, Chinese companies for the first time outnumbered those of the U.S., and quite a lot of the listed were SOEs.

The excellent performance of the Chinese companies in the global market wakened the devil in the hearts of some U.S. officials who therefore hope to expel their Chinese competitors from the market.

The WTO rules neither differentiate between private companies and SOEs nor discriminate against SOEs.

China’s SOEs are a significant driving force for the country’s economic development, and an important contributor to the development of global economy.

Since the founding of the People’s Republic of China, these enterprises have played an irreplaceable role in the country’s endeavor to establish an independent and relatively complete industrial system as the country tried to shake off poverty and backwardness.

In recent years, Chinese SOEs, as major players in the process of economic globalization, have conformed to the laws of market, improved governance structure, and carried out multinational operation, realizing win-win development with their global partners.

However, through the “colored spectacles” of some Americans, regular activities of the market entities are natively threatening, and business deals based on equality and free will are unfair because of “government subsidies”.

Instead of creating troubles out of nothing and arrogantly finding faults of others, these Americans should take a good look at themselves.

According to statistics from Good Jobs First, a U.S. watchdog on corporate subsidies, since the 1980s, U.S. governments at different levels have given $178.1 billion in subsidies to domestic enterprises through 80,337 projects. In particular, the Boeing Company alone has received $14.5 billion of allocated subsidies from the federal and state/local governments since 2000.

The subsidy competition among different states has long become an open secret. Such competition between Kansas and Missouri even evolved into a “war” in which the two states race against each other regarding the corporate welfare they offer.

On March 28, 2019, the WTO’s Appellate Body issued its report on U.S. compliance in the Boeing dispute, ruling that Washington State failed to comply with a WTO ruling in 2012, and continued providing Boeing annually with an illegal subsidized tax break worth around $100 million.

Later on July 16, the WTO announced in its Appellate Body report that the U.S. had not fully complied with an WTO ruling in 2014, and pointed out that 11 of U.S. countervailing proceedings concerning certain products from China, including the OCTG and solar panels, were inconsistent with WTO laws.

As an adage in the western world goes, facts can always catch up with lies, even if they spread as fast as galloping horses. Some Americans had better understand it as early as possible.