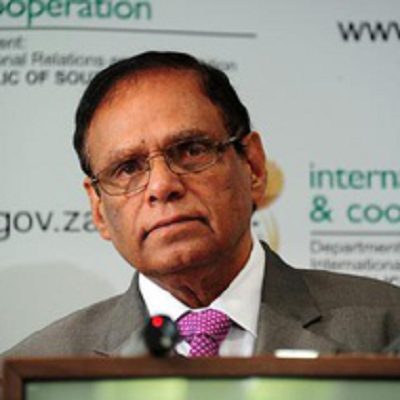 The 19th CPC National Congress has outlined China's commitment to people-centred development in ensuring poverty eradication is a top priority for the country by 2020. This means lifting the remaining 55 million citizens out of poverty in just three years to maintain a moderately prosperous society. This will indeed transform the face of China and provide all its citizens a decent standard of living. The strategy for China's success in alleviating poverty is a model that all developing countries can learn from. The CPC's commitment to reducing inequality in society is also critically necessary, as well as the provision of a social security net for the most vulnerable.

China's achievements in moving from a developing country to a prosperous one are nothing short of phenomenal. To have uplifted 60 million people out of poverty in just five years, and to have lifted a total of 700 million people out of poverty over about 30 years is an achievement beyond measure. For people to have obtained a better standard of living with access to the necessities like education, health, housing and secure food supply is what all countries have been striving towards in terms of meeting the MDGs (The Millennium Development Goals ). China has undoubtedly led the way in terms of poverty alleviation, and we can all emulate aspects of its program. The CPC has driven this process through its clear policy directives and commitment to creating a prosperous Chinese society.

The CPC government has been remarkable in achieving poverty alleviation in a short space of time. If we look at China's success story in this area, its development was premised on building local infrastructure to create an enabling environment for more significant levels of industrialisation, and improving access to ICTs. On the social side, the government provided the people with a minimum living allowance, social pensions, rural medical cooperatives, and compulsory education to grade nine. These are crucial elements in a poverty reduction strategy and are being emulated by some African and Latin American countries. China's Global Poverty Reduction and Inclusive Growth Portal, which is an online platform, is an essential tool for developing countries to share and understand how China succeeded in lifting its people out of poverty.

China has gone from being a relatively closed society to one that has not only embraced the global community in recent years but started to show real leadership in international forum. At a time when there is increasing conservatism and isolationism in Europe and the United States, China has filled the vacuum and provided real leadership in terms of championing multilateralism, and setting out a vision of a shared global community.

This fits very well with the priorities of South Africa's foreign policy which is based on the notion of Ubuntu, or “I am because you are.” As familiar BRICS partners, South Africa and China seek many of the same objectives internationally – that is a greater voice for the developing world in global decision making and a more equitable distribution of global wealth. There is a long way to go, but China and South Africa in the context of BRICS can make a difference in pushing for a multi-polar world with people-centred policies.

While China has been transitioning from a phase of rapid growth to high-quality development, which has necessitated a slower rate of economic growth, China remains the second largest economy and continues to account for more than 30 percent of global economic growth. This makes China the most significant driving force in global growth, and with the CPC's commitment to further opening-up and integration with the globe, this is set to continue.

There is a tremendous opportunity for Africa to partner with China under the aegis of FOCAC to pursue its own developmental goals. The most critical area for us to cooperate with China on is industrialisation and manufacturing. Africa needs to be able to process its raw materials and beneficiate its minerals. While this has been made a priority in the 2015 FOCAC in terms of the way forward, we need to ensure the goal of beneficiation is realised so that countries like South Africa can process its diamonds and other natural resources for export internationally. We also need to work towards South Africa becoming a manufacturing hub for the African continent, which will not only spur our economic growth but provide much-needed jobs for our people. China's focus on industrialisation was a crucial element in its poverty alleviation strategy, and it is a model we hope to emulate.

Africa'ss former liberation movements are grateful for all the assistance that China provided them in the fight against Western colonialism and occupation. There have always been active fraternal links between the CPC and African parties of liberation such as our own African National Congress. Members of the ANC National Executive have been particularly impressed by the CPC's commitment to transform its society and improve the standard of living of its people.

We also admire the CPC's commitment under President Xi Jinping to build a moderately prosperous society, deepen reform, govern by the law and strictly govern the party. This is an ideological platform that the ANC subscribes to, and as a result, we have sent all the members of our National Executive Committee to China to learn from the CPC as to how it has gone about achieving its objectives.

The CPC has been notably effective in rooting out corruption at every level of the party structures, and this is something we need to implement in the ANC as well. The CPC has an interesting model of monitoring members before they join the party to ensure that they adhere to the principles and values of the CPC. The zero tolerance for corruption is essential, and the strict form of discipline within the CPC has gone a long way towards ensuring clean governance. This is something we can learn from to root out corruption at every level of our party as well as our governing structures in the country.

The relationship between the CPC and the Chinese people is very much a social contract - that if the people place their trust in the party, the party will deliver to them services and a better life for all. The CPC has been more effective than any other progressive party internationally in delivering on the promises made to its people and has transformed the face of China over the past decade. The CPC strives to maintain the trust of its people, which explains why its anti-graft campaign is so strong. With the vision of President Xi Jinping, China is set to become a powerful nation both economically and politically, and will provide leadership globally for a'human community of shared destiny.’