OPINIONS China's success in poverty alleviation: Lessons for other countries

China's success in poverty alleviation: Lessons for other countries

2019 marks the 70th anniversary of the founding of the People's Republic of China. Since its foundation on October 1, 1949, the country has grown and developed by leaps and bounds. 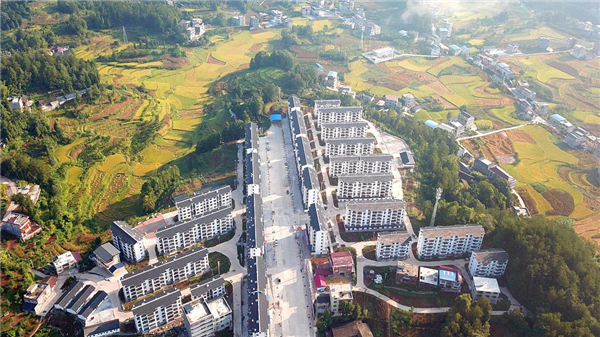 It is now the world's second-largest economy, and it continues increasing its diplomatic prestige on the world stage. All this is due to the right policy decisions taken by the Chinese government and the hard work and patriotism of its citizens.

With the initiation of the reform and opening-up policy in December 1978, China's political, social, economic, cultural, and scientific and technological developments have gripped the world's attention.

The international community has wondered how China, once held back by extreme poverty, has become the world-leader in poverty reduction, helping hundreds of millions of Chinese people shake off poverty, contributing over 70 percent of global poverty reduction, an exemplary feat that has won high appreciation from the United Nations and the World Bank as "one of the greatest stories in human history."

The amazing success of China's poverty eradication programs is highlighted by impressive figures.

According to the National Bureau of Statistics (NBS) of China, the number of impoverished people dropped from 770 million to 16.6 million, and the poverty rate dropped from 97.5 percent to 1.7 percent from 1978 to 2018, making significant contribution to the UN's "Millennium Development Goals" and providing inspirations for global poverty alleviation governance. 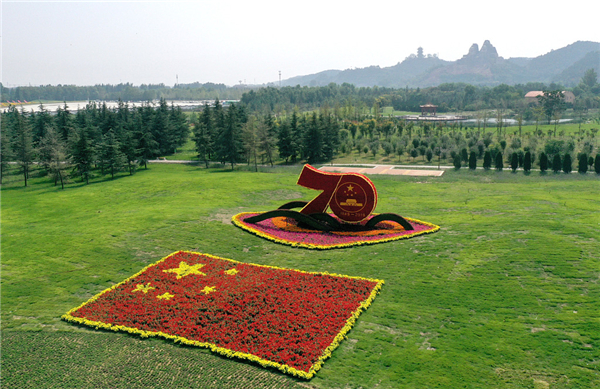 The People's Republic of China is turning 70 this year. (Photo: VCG)

The Chinese leadership has boldly pledged to lift all impoverished rural communities out of poverty under the 13th Five-Year Plan to become a poverty-free country by 2020.

The question many are asking is: Can China really eradicate absolute poverty by the 2020 deadline? The answer lies in Xi's opinion, "History is created by the brave."

Undoubtedly, the significant progress that China has made in poverty reduction over the past 40 years has raised strong hopes that the country has the ability to wipe out extreme poverty by the target year.

China's targeted poverty-alleviation work in the country's less-developed areas has achieved remarkable outcomes through specific measures taken by the government.

Over the past 16 years, China's "No.1 central document," referring to the first policy statement of the year to guide the country's economic development, has been playing a catalyst role in eradicating poverty by boosting the living standards of rural farmers who make up over 40 percent of China's population.

In order to reach the "last mile" of poverty alleviation as well as securing a "decisive victory" in building a moderately prosperous society in all respects by 2020, the 2019 document also focuses on the transformational development of the agriculture, rural areas and farmers in general. 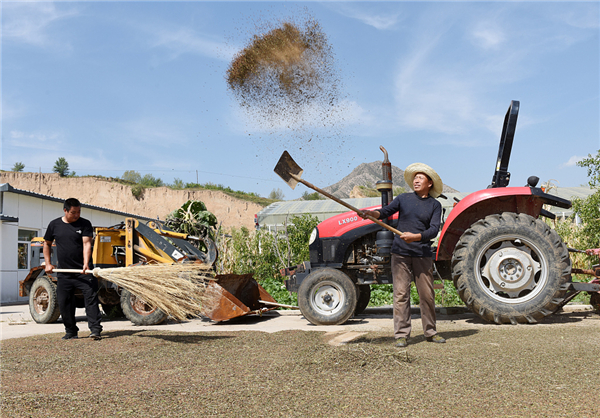 The fact is that China's modern scale farming methods maximize the land and natural resources to achieve sustainable development across the country. It's a matter of pride that China's grain production hit a record of 612 million tons in 2018 when in 1949 it was only about 100 million tons.

Seventy years of agricultural development have made Chinese farmers more knowledgeable and modern in their transition to entrepreneurs and industrial workers. It's really encouraging that Chinese farmers now adopt scientific know-how and modern practices such as drones and AI technology.

According to the NBS, the income of rural residents in poverty-stricken areas has increased by 10 percent annually since the 18th CPC National Congress, which surely confirms the increased economic activities in rural areas.

On the other hand, the 2019 Chinese Government Work Report aims to create over 11 million new urban jobs and reduce the rural poor population by over 10 million in 2019.

Notably, a total of 13.86 million rural poor people were lifted out of poverty, and 2.8 million people from inhospitable areas were relocated to safer places in 2018.

All this indicates that China is marching toward winning the final battle against poverty. It is hoped that appropriate attention on the part of the Chinese government will surely help to realize the "Two Centenary Goals" and the Chinese Dream of national rejuvenation.

There is no doubt that developing countries including India need to draw lessons from China's four decades of determined efforts to eliminate poverty, following the country's medium- and long-term policies in poverty alleviation projects, according to their own socio-economic-political conditions.

Editor's note: Rabi Sankar Bosu is an Indian freelance contributor to Chinese media outlets. He writes about Chinese politics, social and cultural issues, and China-India relations, with special interest in the Belt and Road Initiative. The article only reflects the author's opinions.