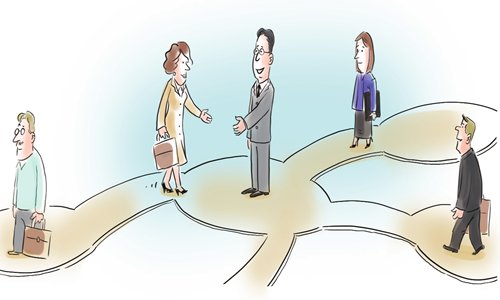 The Association of South East Asian Nations (ASEAN) summit will kick off on Friday in Manila, the Philippines. Many experts believe that at the summit the relevant countries will downplay the South China Sea dispute and treat China more softly. US media outlets also said that Beijing is enjoying more respect in Southeast Asia. Reports say that China and ASEAN member states will hold their first joint maritime drill next year.
Ties have been cool between China and a few ASEAN states in recent years because of the South China Sea issue. However, a détente has emerged in Sino-Philippine relations since President Rodrigo Duterte assumed power last year. Cooperation between China and ASEAN has gone further. China and some of its neighbors have seen the warming of ties recently.
Any government, regardless of its political tendencies, must serve the national interest. Because of inaccurate judgments about these national interests, some administrations may resort to inappropriate policies and diplomatic measures toward other countries. But they will adjust these policies if they come up against a brick wall.
The Philippines is a case in point. China-Philippine relations became strained in 2012. But there has been a growing rapport between Beijing and Manila after Duterte adjusted the country's China policy.
This change came about not because so-called Chinese "power politics" have suppressed a smaller country, nor have Philippine leaders attempted to cozy up to China. The fact is that the confrontation championed by former Philippine president Benigno Aquino III against China harmed the Philippines' national interests. Mending its relations with China suits the Philippines' own interests and hence the new administration changed its China policy.
Former US president Richard Nixon overhauled the country's China policy over 40 years ago, and consequently its ties with China ushered in a new era. His actions were widely acknowledged by subsequent US presidents from the Democratic and Republican parties. When smaller countries have conflicts with China, they of course need to calculate which better serves their interests: stabilizing and improving the relationship with China, or worsening it.
China has constantly advocated dialogue instead of confrontation, which does not mean that China begs for dialogue or even fears confrontation. While China makes the utmost efforts to seek dialogue, in the meantime it has always been fully prepared to take precautions in case of confrontation from others. China's diplomacy will ensure the countries concerned are aware that dialogue and consultation will boost win-win cooperation, while confrontation will lead to an impasse. This ensures a relatively favorable condition for settling the contradictions between China and other countries.
The change in China's relations with its neighbors in the past several years serves as a reference to other countries, regions and the world. As national interests become closely interwoven among nations nowadays, especially as their security demands are highly connected with each other, confrontation will bring higher costs and more serious consequences, while dialogue brings more benefits. Despite different political systems and ideologies, and complicated disputes, dialogue and cooperation are still a trend of the times and bring benefits to all.
The "China threat" theory, which has prevailed in the past 20 years, is losing ground as China has been committed to seeking dialogue in recent years.
Although some claimed China would seek hegemony and has become assertive, these accusations will turn out to be baseless as China displays firm principles and adopts flexible strategies in defending its own interests.