OPINIONS China's trajectory proof that it needs no lecturing

China's trajectory proof that it needs no lecturing 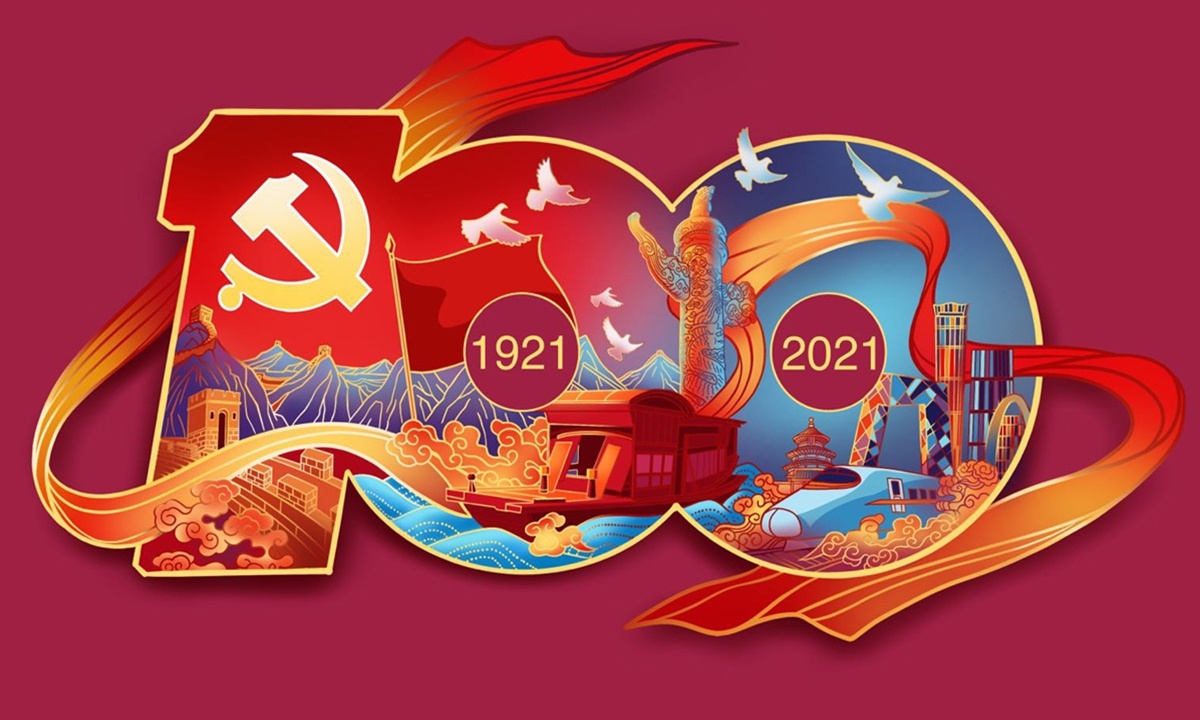 This year marks the 100th anniversary of the founding of the Communist Party of China (CPC) . From a small gathering in Shanghai, to a political juggernaut with 95 million members, the CPC has transformed China dramatically over a journey of a century, attaining power in 1949 and creating the People's Republic of China (PRC), which has now become the world's second-largest economy. Despite the zealous jargon from Western countries, the CPC finds itself overwhelmingly supported by the people of China for the rapid transformation it has heralded, taking China from a backward and impoverished nation into what Chinese President Xi Jinping termed a "moderately prosperous society" and likewise establishing a strong, capable and sovereign nation which has been able to end the "century of humiliation" and resist Western aggression against it.

The West does not understand the Chinese experience, they do not try to understand. They preach to China an idealism which bears no consideration of the context of China's history. Prior to the CPC, the country was one of the poorest nations on earth. Life in China was tough.

The Republic of China, of which had replaced the collapsed Qing Dynasty in 1911, was divided, weak and chaotic. Its government had neither the power nor the will to secure sovereignty over all its territory, with provinces being controlled by powerful warlords which hindered development and depleted infrastructure. The country had been divided and partitioned by the influence of Western powers, thus heralding the "century of humiliation" - amid the chaos of the provinces, colonial nations such as Britain, France and Germany held concessions in the cities where they sought to impose their own laws and exploit China's own markets for their own gain.

It is no wonder in such an environment that a tremendous desire for political change existed amongst the Chinese population of which cemented itself in support for the CPC, an organization which provided a revolutionary vision for change. The goals were always clear, to reverse China's decline, to bring China out of backwards and to re-establish it as a modern, prosperous and sovereign nation that could overcome the legacy of "humiliation." Communism was appealing because driven by the events in Russia, it was seen as a force of modernity, a set of tools to rebuild a nation and likewise to liberate the vast Chinese peasantry from the bondage of serfdom.

The PRC established in 1949 is known as "new China," precisely because it represented a clear break from the past. The China which it was born into in 1921 no longer exists. While the West likes to pick on the challenges and mistakes experienced throughout the CPC's tenure, the Party has shown its strength, its adaptability, pragmatism and "method" based solutions through Deng Xiaoping theory, which has enabled its rapid rise, reform and opening-up. Now, modern China is now a moderately wealthy country which has a higher GDP per capita on average than most of Latin America and Eastern Europe, the world's largest domestic consumer market, and an ever growing and sprawling national infrastructure which rivals any other country on Earth.

The CPC has likewise won the confidence of the Chinese people by being able to defeat challengers from foreign aggressions accordingly. China's intervention into the Korean War and ability to prevent a coalition of Western allies from conquering North Korea was seen as the "end" to the century of humiliation and the rise of China as a formidable military power. Yet that it is not all, as the West has sought again to try and ensnare the country such as through riots in Hong Kong, it has been able to sweep away the legacy of colonialism there and thus ensure the country will never be partitioned again.

Xi's speech subsequently placed emphasis on the fact that "China will not be bullied" and vowed accordingly to reunify Taiwan with the Chinese mainland. In the Chinese experience, the CPC is seen as a guardian and protector of the nation, and not an oppressor or something that is unwanted. The West is dogmatic in believing that liberal democracy is the only way, yet no other ideology or organization was capable of reviving and reunifying China as coherently as the CPC could, and this is why its approval is so high. China does not need lecturing or preaching from others, nor does it need to be told how to govern itself when its own trajectory has arguably been an enormous success story. The CPC changed China for the better, and it is always important to look at the whole than to cherry pick episodes from long ago.

The author is a political and historical relations analyst. opinion@globaltimes.com.cn