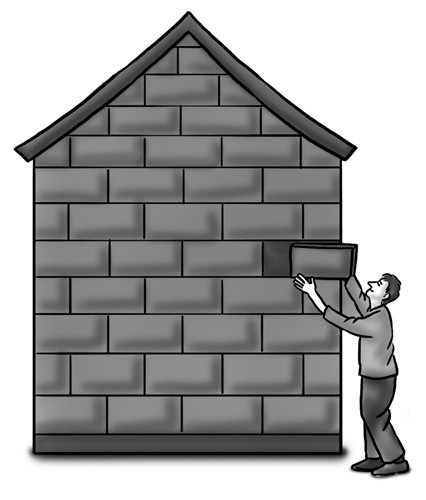 Forty years of reform and opening-up have changed the destiny of the Chinese people, as well as the world. It is a great economic, social and political development with historical significance. After 40 years, the Chinese economy takes up 18.2 percent of the world economy, from no more than 5 percent. The strength of development has been unprecedented, whether compared with the UK during the Industrial Revolution, the US during the Civil War, or Japan, Germany and the Asian Tigers after World War II. The 40 years of reform and opening-up are an important and unique period for the study of economics. The government played a powerful role in this process, with 40 years of continuous adjustment and correction. The experiment has provided five lessons that are important enough to be included in textbooks.The first lesson is that the founding and development of new companies is a crucial aspect. In most provinces, especially those with better economies, new companies have been a main driver. The top 50 companies are mostly newly founded companies in China. Governments at all levels, mainly local governments, have done enough in many ways to encourage companies to take shape and expand. The governments' work can be divided into two stages. Governments set up economic parks to attract new companies from 2007-12. Then, starting in 2013, governments conducted general reforms to simplify the procedure of starting new companies and improve the business environment.Of course, local governments are so devoted to boosting their economies that some of their behavior falls into the category of local protectionism. We've learned that the incentives for governments to help companies to develop are vital. To make achievements and build up political capital, governors are motivated to create better business environments. Well-performing local economies often come with economic rewards, such as higher pay, for governors, which is another incentive for them. Of course, it is necessary to have measures to curb local governments that act too rashly.The second lesson is that governments can help with the conversion of land use rights. Land use rights conversion has pushed forward the real estate and manufacturing industries. Through negotiations, farmland can be put to other uses.Due to the land use conversion process, housing consumption of Chinese residents has developed rapidly despite some problems that have emerged in the housing market.The conversion of land use rights is usually the starting point for economic take-offs. Governments can be very influential in different forms of land use conversion. The behavior of local governments and the incentives they offer can create or resolve problems in the real estate market, including soaring housing prices.The third lesson is that financial deepening has progressed, including the development of a yuan-denominated financial market. More people have gained access, and holding financial assets has become common in China. Certain household savings are turned into investments. No major financial crisis has taken place in China during the past 40 years. China's financial assets to GDP ratio has been 400 percent in the past six years, since people have been lining up to buy domestic bonds and stocks. The return on financial investment has widely fluctuated over the years. If we look at the Sharpe ratio, which measures risk-adjusted returns of financial investment, China's level is still lower than that of the US, but it has outperformed India and some Middle East countries.The economic explanation of this situation is that financial deepening is the key to turning savings into investment. Half of the investment in the Chinese industrial sector is completed with financial instruments, which means China needs to protect domestic financial stability. So the penalties for wrongdoing in the banking industry are quite severe. The fourth lesson is that the opening-up process is a learning-oriented one. The Chinese economy has already become deeply involved in the world economic system. This process has benefited global economy development. General Motors (GM), for example, has put 40 percent of its global production in China. The shining record GM has achieved in the Chinese market has facilitated its global market situation overall. Volkswagen and BMW also have a presence in the Chinese market. China has also been making efforts to deal with the impact that comes along with globalization. Shenyang, Northeast China's Liaoning Province, is the Chinese version of Detroit. From 1996 to 2000, one-fifth of the population in the city was left jobless during the reform of State-owned enterprises. The government assisted the laid-off employees with skills training, and it also helped relocate industrial enterprises and attract foreign investment.We have to admit that the pace of opening-up in some areas has been slow, especially in the automotive and financial services sectors. This year, China has announced major moves to open these two industries. The most valuable effect of opening-up is forcing us to learn. Learning is key for advancement - it is more important than utilizing our comparative advantages. With learning, China is able to develop in industries where it does not have any comparative advantages, such as automobiles.The fifth lesson involves prudent macroeconomic controls. The Chinese economy has maintained relatively stable and smooth growth over the past four decades. China has kept its inflation under good control, and the rate has averaged 6.9 percent. Nevertheless, the government's macroeconomic control measures sometimes seem relatively simplistic and blunt, especially for private enterprises.Take the elimination of outdated steel capacity as an example. Companies generally have a game theory. Amid an industry downturn, everyone waits and struggles, and only those who survive will end up winning the market. When the Chinese government started the capacity elimination campaign, those who survived the process became the winners. The Chinese government has used market, reform, administrative and comprehensive measures to stabilize the macroeconomic situation.China's 40 years of reform and opening-up have generated the largest and most unique pattern of economic growth in world history. Because of the uniqueness of our economic development, it is essential to summarize this experience.