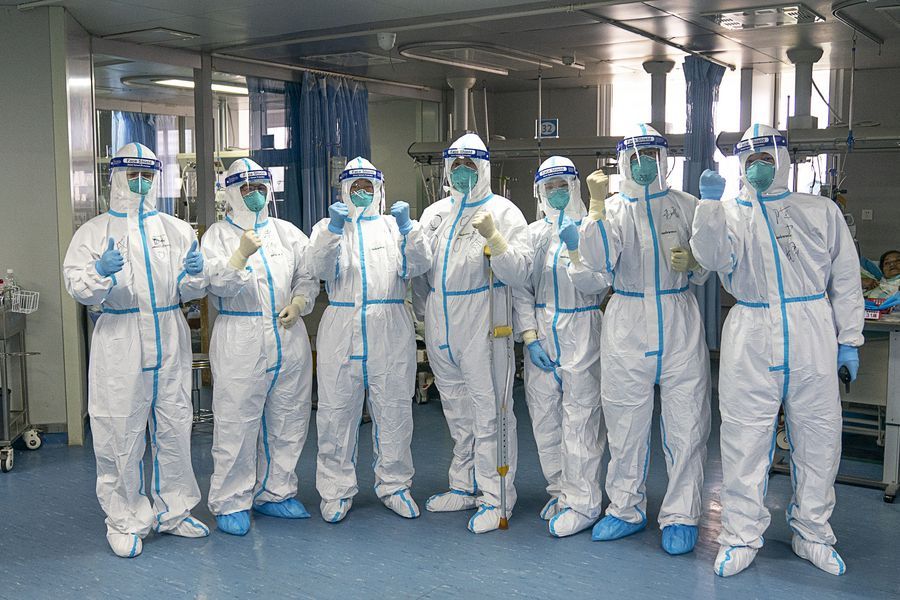 China's response to the novel coronavirus outbreak is unprecedented in human history. It is a responsible move for people at the epicenter of the epidemic, for people in the rest of the country, and for the world at large.

Suddenly, the virus struck. Key moments emerged, moments in which residents in Wuhan, the center of the outbreak, came to grief after the massive lockdown of the city, moments in which they suffered but still fulfilled their duty as citizens to cooperate with the government, moments in which the whole of China activated the highest level of emergency response and many families were separated but stood united against the virus spread.

Sorrow and remorse quickly translated into confidence and strength to win this unprecedented battle.

Suddenly, accusations that the massive city lockdown in Wuhan is a violation of human rights emerged. But citizens of Wuhan disagree.

Since the lockdown was put in place, they have been staying indoors and practicing quarantine measures with the utmost respect for the government's guidance and their hallmark perseverance and optimism. No public security incidents have occurred. They have a sober understanding that while inconveniences may emerge, the historic quarantine serves their health, safety and overall interests. Social cohesion binds the people of Wuhan at this critical moment.

It is a powerful but simple logic. If the historic quarantine truly violated human rights, it would not enjoy the support of the Chinese people.

Those who peddle such human rights rhetoric lack basic knowledge of how to stop the spread of a virus in a megacity and in a populous country so connected with the outside world, not to mention the ethics of facing such a challenge.

The novel coronavirus is highly contagious from human to human. To date, 5,974 infections have been confirmed in 31 provincial-level regions. Cases have also been found in other countries and regions.

A vital prevention and control strategy is to reduce the flow of people, increase interpersonal distance, and reduce personal contact, to cut off the virus transmission route and effectively curb the emergence of new cases.

Having realized just how serious and potentially destabilizing the virus is, the local government announced the decision to lock down the city of Wuhan. It is difficult to make such a decision in a city with a population of 11 million, five times the size of London. But the decision had to be made and should be carried out resolutely, because it not only protects the lives of Chinese people, it is in the interests of the global community, and conforms to international norms on epidemic prevention and control.

China's unprecedented efforts are endorsed by the World Health Organization (WHO) which hails China's political resolve, openness and transparency, effective system, and swift sharing of the genetic sequence of the new virus with the WHO and other countries.

The multilateral health agency has recognized that China's measures are not only protecting its people, but also protecting the people of the world.

The strength and effectiveness of the Chinese leadership in responding to crises lies in its consistent approach: always listen to people's needs, always mobilize resources at the earliest possible date, and never shirk responsibilities when meeting challenges.

A strong leadership and an effective system cannot be operated on its own, but truly rely on the people because nothing could be realized without support from the people, without the sound interaction between government and the public.

The anti-virus battle is continuing and arrives at a critical moment. Time will prove that China has made wise decisions and will emerge even stronger after coming through the epidemic.