OPINIONS China’s war with COVID-19, as seen by a foreign doctor in Beijing

China’s war with COVID-19, as seen by a foreign doctor in Beijing 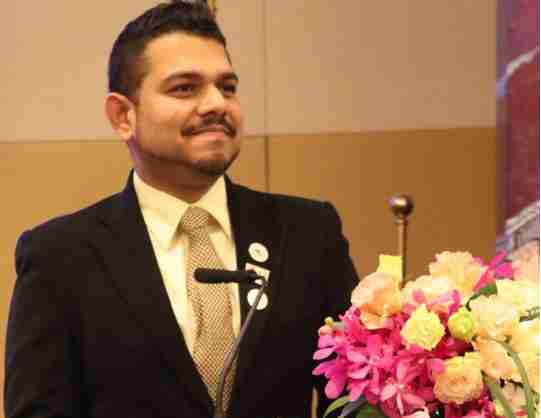 In late December 2019, a cluster of pneumonia cases caused by an unknown pathogen was reported in Wuhan, a city of 11 million residents. A novel coronavirus was identified as the etiological agent and human-to-human transmission of the virus (SARS-CoV-2) has been since confirmed. Novel Coronavirus (COVID-19) is now a global terror. Everybody in the world is worried and scared about it.

As there is neither a vaccine nor a specific drug treatment for COVID-19, and a lot of the relevant information about the virus is still unknown, a range of public health (non-pharmaceutical) interventions has been used to control the epidemic. The city of Wuhan was locked down from 23 January 2020. At that time, I was on a tour to the UAE. As a foreign doctor who has lived in China for many years, I immediately cancelled my further plans and returned to Beijing the next day.

I had first-hand experience of this war and will share the measures taken by China, which may be categorized as below:

Prevention is better than cure. China took the appropriate approach to the virus. As there is no vaccine or medicine, the best idea was to isolate all confirmed cases and put all suspected cases under quarantine. Since people can spread the virus before they know they are sick, Wuhan, the epicenter of the disease in China, was totally isolated from rest of the country through a lockdown. With a few exceptions, nobody could enter or leave the city. Daily and emergency essentials such as food and supplies flowed through organized and government-controlled arrangements. Infectious disease care and management facilities were introduced to isolate, monitor and treat positive cases. The wearing of masks in public was encouraged, which played an effective role in preventing the virus. Later, similar measures were also taken in other parts of China, which successfully reduced the spread of the virus.

Within a week of the emergence of this new unknown virus, China reported its genetic information to the World Health Organization (WHO). In order to control a major epidemic, it is important to have reliable, specific, accurate and fast detection methods to screen infected and non-infected people. There were no test kits available to identify the infected in the early days of the outbreak apart from screening that depended on laboratory nucleic acid sequencing analysis, which is a labor-intensive and costly method. The immediate action taken by Chinese biotech companies in developing detection kits resulted in the first kit being introduced on 13 January.

China took the necessary decisions at the right time for the right people. China’s unprecedented systematic and proactive risk management, based on collaboration between government officials and health experts, has proven to be effective in controlling COVID-19. The risk management response was raised to the highest level in the early days of the outbreak.

A health databank was found to be very effective in controlling the spread of the virus. Each individual was asked to inform their respective authorities of their details including location, body temperature, symptoms, and so on to in order to maintain their health status level on a daily basis, and immediate actions were taken if anyone was found to have clinical symptoms or risk of contracting COVID-19.

The government immediately mobilized and allocated resources to manage and monitor the evolving epidemic in a proactive fashion, achieving impressive results. The shortage of protective medical supplies and lack of knowledge about COVID-19 were the main factors causing the large number of healthcare workers to contract the virus in the early weeks of the outbreak in Wuhan. Some 42,000 doctors and nurses were sent to the city to combat the outbreak. Educational institutions such as Peking University and Capital Medical University, where I studied, also sent medical teams to Wuhan. Two new hospitals with over 1,000 beds each were built in less than 10 days in Wuhan.

China continuously provided factual and scientific information to people and led the way in fighting the disease. Clear guidance about the degree and scope of lockdowns was given. Centralized reporting and communication channels were established to keep people informed. Major news outlets provided daily updates on the number of COVID-19 cases. Clinical treatment outcomes, plans to be implemented and guidelines on which procedures to follow were disseminated to the people. Educational institutions have been fully engaged since the beginning of the outbreak. They developed easy-to-understand educational materials for students and the public with information about COVID-19 and how to prevent the disease.

Careful planning and clear guidance are very important. All government orders, decisions and guidelines were successfully executed. A tracking system was implemented covering individuals, apartments, houses, communities, organizations, public facilities and city management. In fighting COVID-19, everyone has the same responsibility. The key to success is making everyone responsible, getting every unit involved and holding officials accountable. People also changed their lifestyles in response to the new challenges. Many businesses, organizations, schools and universities such as Peking University and Capital Medical University successfully implemented computer-based online learning using technology, which can serve as models for future development.

China successfully utilized robotics and many advanced technologies such as 5G to play a vital role in this war. After months of combatting the virus, China is restarting its economy, reopening schools and returning to normalcy. China may have lost billions of dollars by essentially stopping all business, but in the end, this was a wise decision and the correct action to take.

The Wuhan lockdown ended and communications were established again.

In short, COVID-19 teaches us the importance of preparedness to prevent and control an infectious disease outbreak as well as to modernize disease control and prevention around the world.

Dr. Nazmus Sakib is a pediatrician, received his MBBS and MD at Capital Medical University, and has worked at Beijing Children’s Hospital. He is currently a PhD Fellow at Peking University First Hospital.