OPINIONS China's WeChat could be rescue for US multinationals' dampened business lifeline: analysts

China's WeChat could be rescue for US multinationals' dampened business lifeline: analysts 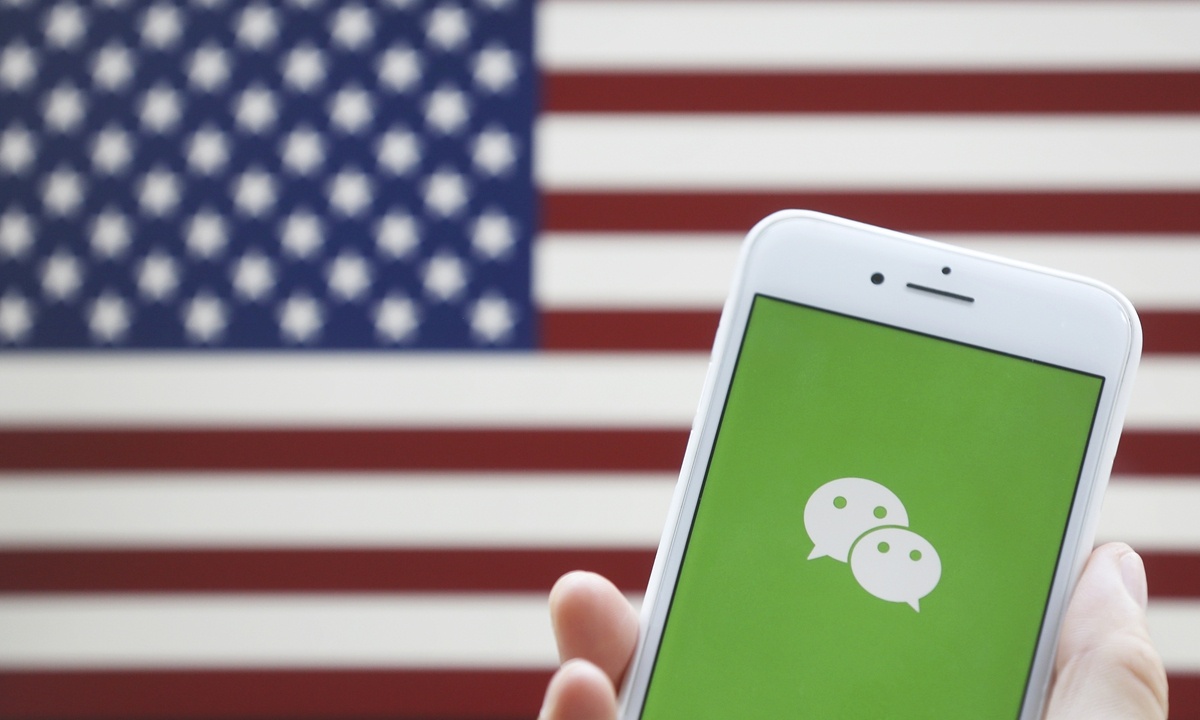 Caught in the crosshairs of souring China-US ties, multinational US firms could be affected if they are forced to cut ties with WeChat, the popular instant messaging tool from Chinese tech giant Tencent, and their hopes of boosting sales in the Chinese market would be dampened, analysts said.

Big US firms including Starbucks, Nike and Walmart are now relying on the recovering Chinese economy and retail consumption after disruption from the COVID-19 pandemic. One of their key marketing channels is WeChat.

In the era of mobile internet, WeChat is not only important for Chinese people and those who want to keep in touch with Chinese contacts, but it is regularly used by an increasing number of international companies who rely on WeChat's official accounts and mini-programs to engage with Chinese consumers and sell products and services in the lucrative Chinese market, said Luigi Gambardella, founder and president of ChinaEU Association for Digital.

The number of users of the Walmart Mini Program in WeChat hit 70 million in July, and the firm issued coupons worth up to 1,888 yuan through the program to consumers ahead of the shopping festival that fell on August 8.

US coffee giant Starbucks launched its new mini program in June, allowing coffee lovers in China to order deliveries. Its sales in China were down 19 percent in the third fiscal quarter, but that was better than the drop of 41 percent in US sales and a 40 percent decline in global sales, according to its third-quarter financial statement in July.

The number of monthly active users of WeChat exceeded 1.2 billion as of June 30, up 6.5 percent year-on-year.

"Should the ban become a hard ban, meaning should it also affect US firms' WeChat accounts who are registered in China, then the impact would be far more important. In this case, it would be a big problem for companies of all sectors from Starbucks and Nike, who use WeChat as the main means to connect with their Chinese customers to Apple, Luigi told the Global Times on Friday.

Like ants walking on the edge of a hot pan, big US firms could be affected by US President Donald Trump's executive order, which is set to take effect next month. The order prohibits any US firm or individual from conducting transactions with WeChat, but companies are hoping to avoid this outcome.

More than a dozen major US companies raised concerns in a call with White House officials on Tuesday about the broad scope and impact of Trump's executive order, the Wall Street Journal reported on Thursday.

The companies said the order could undermine their competitiveness in the world's second-biggest economy, according to the report.

Li Yong, deputy chairman of the Expert Committee of the China Association of International Trade, said the US firms have harvested handsome profits in the Chinese market amid the nation's reform and opening-up, and the last thing they want to see is a US government policy that forces them to pick a side and that affects their business in China. "Having gained much from free trade, they want to maintain the climate for further growth."

The lobbying might not be successful, given the Trump administration's extreme pressure on China, but their voices should be heard, Li said.

Zhang Yi, CEO of Shenzhen-based iiMedia Research, told the Global Times Friday that losing contact with WeChat could mean a heavy loss for US firms who have been betting on the growing economy for years.

Chinese consumers now tend to obtain a lot of information via mobile apps like WeChat, which has become such a powerful tool that its existence cannot be ignored, said Zhang.

"The Trump order lacks business logic and will hurt US firms," he added.

For Tencent, analysts have said that even if WeChat had to fully retreat from the US market, it would have little impact on the firm's revenue and its internet ecosystem, which have been built up over several years.