China shall not be measured and defined by the US yardstick 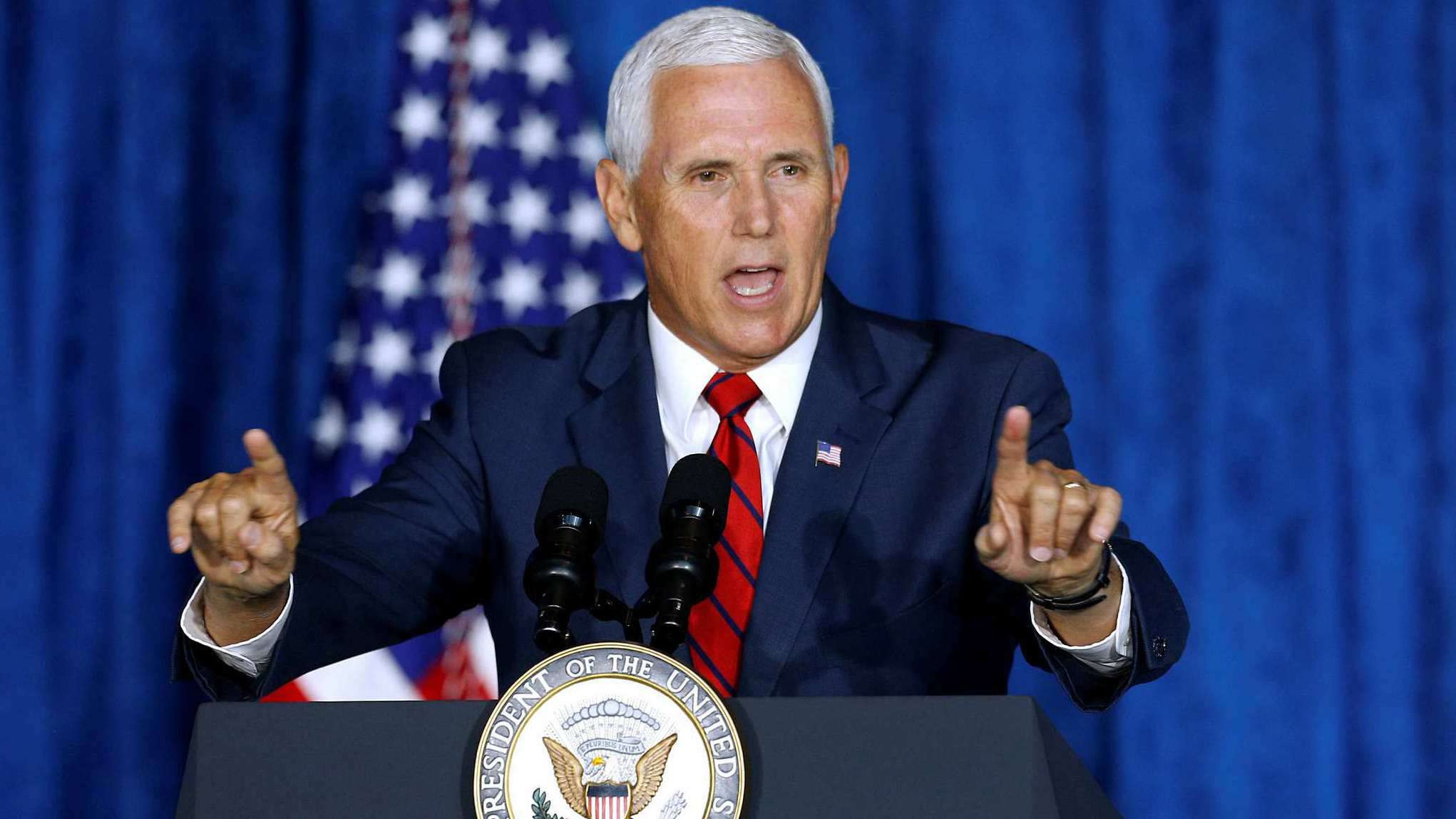 Mr. Vice President, it is really regrettable that you have criticized and slandered China, America's friend, in disregard of the facts before the mid-term elections. China has never owed anything to the US and is full of goodwill towards it.

Over a hundred years ago, China was carved up after it was invaded by Western powers. Although the US is endowed with vast territory and abundant resources, it too joined the invasion. When Britain obtained a concession in north China's Tianjin, the US also got a concession and privately transferred it to Britain.

Then there was the Boxer Indemnity. After the Eight-Power Allied Forces invaded the Forbidden City and committed looting and plundering, China was forced to pay the daunting reparation of 450 million taels of silver, which amounted to five years of China's fiscal revenue. Although the US did not send troops, it received 7.32 percent of the total reparation.

The US has always been far-sighted. Given that the territory of the United States has little room for expansion, it now wants economic and trade interests and political influence.

The Chinese Exclusion Act in 1882 pushed the Chinese people to boycott American goods 20 years later. Within three years of the boycott, US exports to China fell from 55 million yuan to 25 million yuan. The US envoy to China suggested returning part of the Boxer Indemnity to China in order to quell the anger of the Chinese people. The Boxer Indemnity remission by the United States is actually a refund of what it considered to be "extra money" it took. However, China still had to pay the full amount of the reparation according to schedule, and the US would return the "overpaid" money to a designated fund in installments.

After the Japanese invasion of China in World War II, China was left alone because the US did not lend a helping hand. Even at China's most critical moment, the US still provided Japan with strategic supplies. It was not until Japan attacked Pearl Harbor that the US declared war on Japan. Even so, China still didn't receive reasonable treatment and assistance from the US.

In the Yalta Pact, the US, Britain, and Russia betrayed China. Diaoyu Island has always been China's sovereign territory, but it was not returned to China together with Taiwan after the war. As an occupier, the US handed over the island to Japan for management. Moreover, Unit 731 committed unspeakable crimes in China. However, Japan offered the results of the sordid experiments from the unit to the US in exchange for decades of its silence.

China has gone through aggression, civil war and various mistakes, and has only recently gotten its footing, but the country has not yet been unified. Although China still has shortcomings in many fields, the enrichment of 1.4 billion people since its reform and opening up is an unparalleled accomplishment in human history.

China's prosperity and internal peace today was not achieved through aggression and colonization, but through the wisdom, sacrifice and diligence of our people.

The US has also gained great benefits from the hard work and rise of China. The Chinese have bought 30 percent of all iPhones. For an iPhone with a value of $300, China only gets 10 dollars for product assembly, while the US gets over $200.

Human civilization has different paths of development. Among all of the nations invaded by foreign powers, why is it that China can embark on a unique path leading to prosperity? The answer is the determined and steady footsteps towards democracy. Those countries that have plunged into wars in the name of democracy are negative examples.

It is unwise for the US to launch systemic and multi-pronged containment of China in order to suppress its rise. The US often portrays a negative image of China's prosperity because of its desire for global domination.

Today, there is still a big gap between China and the US in many aspects. We will redouble our efforts to make the people happy and the country prosperous. But China's performance shall not be measured and defined by the yardstick of the United States.