BEIJING, Jan. 2 (Xinhua) -- China has made historic achievements in eradicating absolute poverty. It was a problem that has plagued the Chinese nation for thousands of years. It is also a victory for humanity. 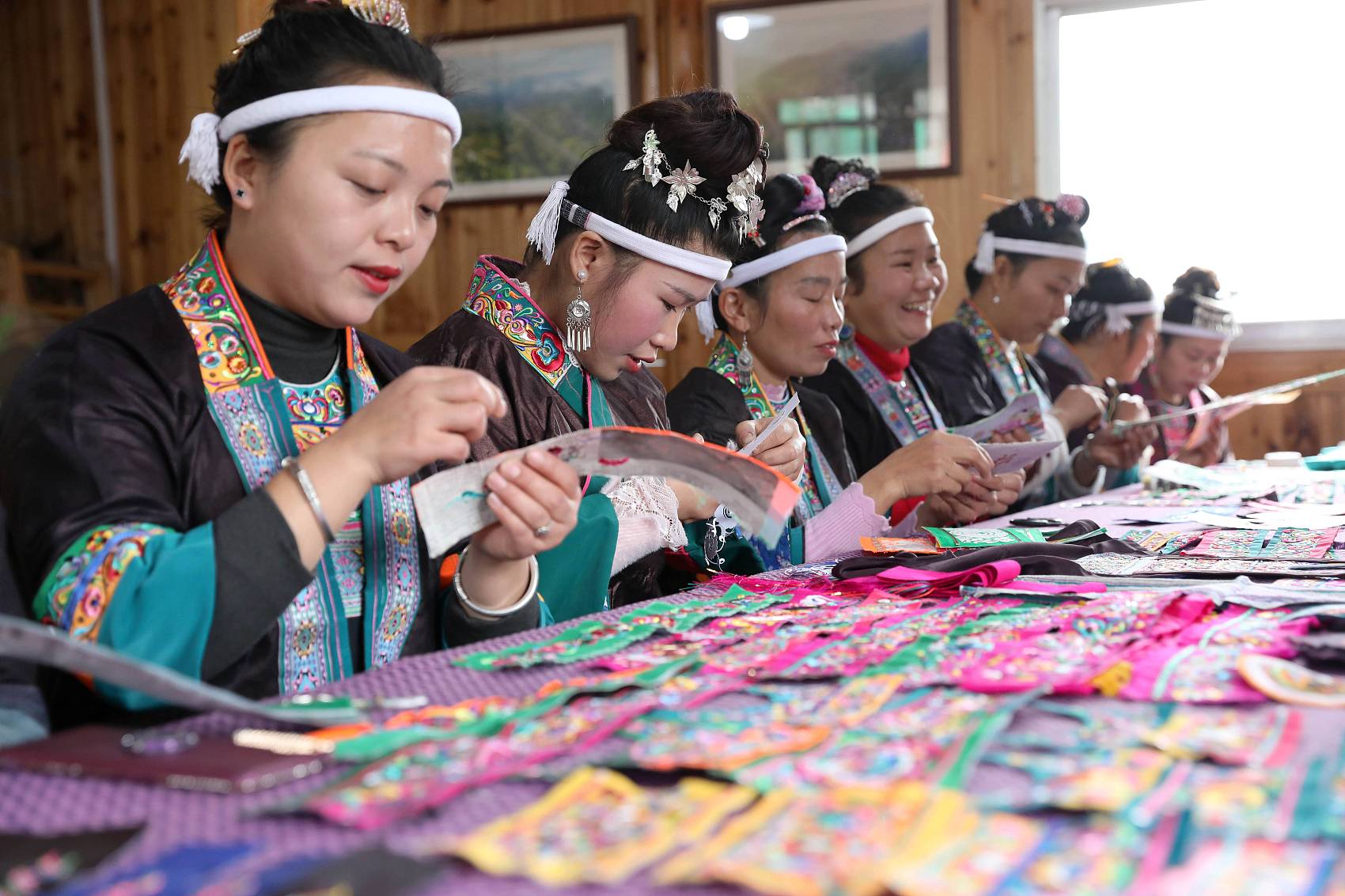 In 2020, all of China's nearly 100 million impoverished rural residents living below the current poverty line shook off poverty after eight years' efforts. All 832 poor counties have now been lifted out of poverty.

Eliminating poverty in a country with a population of 1.4 billion may sound too ambitious or be regarded as a mission impossible for some Western critics. But it is a mission that must be accomplished for China because achieving mutual prosperity is the goal of socialism. The Party has always come from the people and is rooted in the people. No individual or ethnic group should be left behind on the nation's way to a moderately prosperous society for all.

With the philosophy of putting people first, CPC members and government officials at all levels and the society have made concerted efforts to fight poverty. These efforts include releasing preferential tax policies, improving the use of anti-poverty funds, and establishing online platforms for selling agricultural products from poverty-stricken areas. It also includes launching workshops and recruitment campaigns to alleviate poverty, coordinating wealthy eastern regions to support impoverished western areas, and sending millions of cadres from government to these areas for the anti-poverty battle. These efforts are a manifestation of China's systematic advantage -- the ability to mobilize resources and pool strengths to tackle critical issues.

Precision is key to the success of China's battle against poverty. The country precisely identifies real problems of different localities and individuals. It enables the government to take targeted measures to ensure substantive and sustainable outcomes. Localities across China have developed various industries to support employment and increase people's income according to local conditions, relocated those living in uninhabitable areas, and participated in pairing-up aid programs, among other measures.

China's poverty-relief success did not come easily. By the end of 2019, 5.51 million people were still living in poverty. The COVID-19 epidemic has added an unprecedented challenge to the country's efforts to lift those people out of poverty. However, the promise to the people had to be kept. A symposium on securing a decisive victory in poverty alleviation was held on March 6, the 300-day countdown for China to eradicate absolute poverty as promised. It demonstrated that the country never considered finding any excuse to retreat.

Because of these efforts, China will achieve the goals set in the United Nations 2030 Agenda for Sustainable Development ten years ahead of schedule. Its practice and exploration have proved that if a country can follow a people-first approach, draw concerted efforts, proceed from its development realities, and seek a targeted and practical solution, it will successfully find a poverty reduction path suiting its own conditions and needs.

The country will improve the monitoring and assistance mechanism to prevent those who have shaken off poverty from falling back into destitution. It will work to beef up follow-up support for relocated people to ensure that they can settle down, stay employed, and steadily get rich and help families with semi-able-bodied members find jobs nearby to ensure their livelihood.

China's poverty alleviation cause has received a lot of support and assistance from the international community. The country has taken concrete actions and shared its experience and wisdom to contribute to global poverty reduction efforts.

Putting all the detailed measures aside, a glimpse of China's determination, persistence, and concerted efforts to protect every person's rights in pursuit of a happy life could give the world more reason to be confident in meeting challenges posed by poverty.

Extreme poverty is rising. The threat of famine looms. The world faces the biggest global recession in eight decades.

It is indispensable for countries to tackle this common challenge facing humanity with strong political wills, targeted policies, and close international cooperation. The international community must commit more decisively to working together and ensuring that no one across the globe is left behind along the path towards the world's final victory over poverty.