OPINIONS China should not worry about 'discrimination'

China should not worry about 'discrimination' 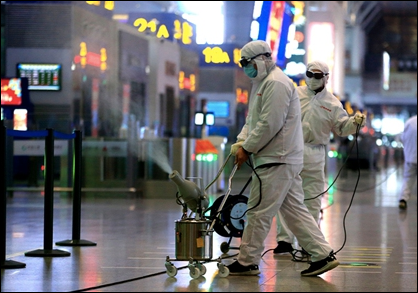 The World Health Organization (WHO) declared on Thursday (local time) the novel coronavirus outbreak a global public health emergency of international concern (PHEIC). At a press conference, WHO Director-General Tedros Adhanom Ghebreyesus praised the Chinese government for "extraordinary measures" it has taken to contain the outbreak. He also stressed that the declaration is not "a vote of no confidence on China." The WHO declaration also stated explicitly that it does not recommend limiting trade and movement.

In the past two days, speculations have run high that the WHO declaration of PHEIC equals declaring China an "endemic country," and that the decision will make the Chinese economy go backward 20 years. Such speculations obviously exaggerated the situation.

The WHO declaration is understandable. How China's battle against the novel coronavirus goes and what trajectory the Chinese economy will head this year are determined by China's own efforts. As long as we can put the epidemic under control, many problems will be solved. The WHO's declaration will not become a major hurdle for China to make up for its current losses.

It is possible that some countries would use the WHO declaration as a lever to overreact to the current virus outbreak in China. But still, as long as China contains the epidemic, the situation will improve. Most countries and world organizations have no reason to find fault with China over the epidemic after it is effectively contained, because they will only end up suffering losses if they do so.

More and more foreign airlines have reduced or even cancelled flights in and out of China. Some neighboring countries have closed borders with China. There is no need to interpret these moves from a political angle. China has also immensely reduced domestic transportation and the communities in many mega-cities have carried out enclosed management. The international escalation of prevention against the outbreak in China should not be viewed as "discrimination."

Some hostility against the Chinese has been sensed in some foreign countries, but individual cases are not representative. Amid the current outbreak, panic may trigger irrational and extreme words and deeds, but we don't have to conclude that the novel coronavirus leads to xenophobia against Chinese.

We have to concentrate on fighting the epidemic. While China has left a lot of room for improvement, from an outside perspective, China's public health battle this time has been resolute and orderly. It is hoped that our efforts can effectively curb the epidemic so that China can hold more initiatives in world affairs this year.