Under the global spotlight, the China-US trade negotiations concluded in Beijing on Friday. The Xinhua News Agency reported that the two sides conducted candid, efficient and constructive talks. They agreed that sound and stable China-US trade relationship is crucial for both, and they are committed to resolving relevant economic and trade issues through dialogue and consultation. 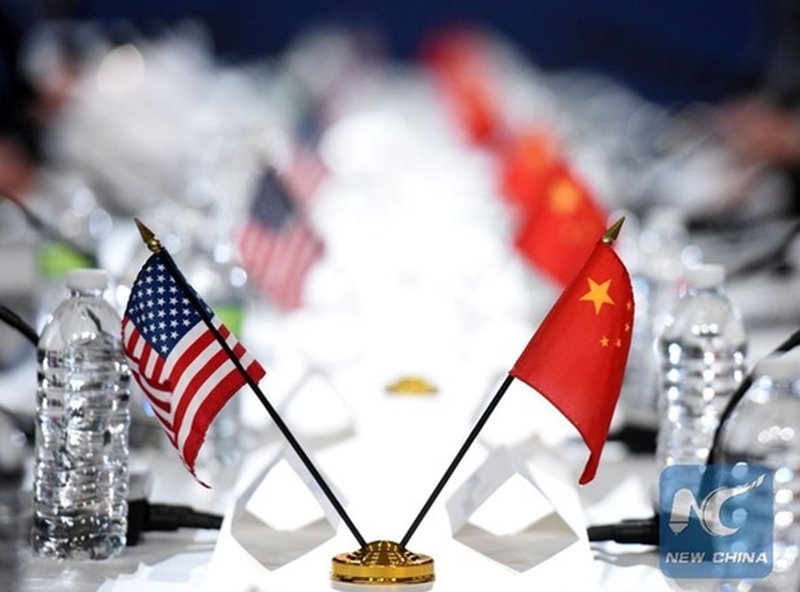 Both sides exchanged views on expanding US exports to China, trade in services, mutual investment, IPR protection, resolving tariffs and other issues, and reached a consensus in a few sectors.

They also admitted that major disputes remain in some fields and require further effort, and will keep close contact and establish a mechanism to deal with the issues.

This result is in line with previous expectations of observers. The two sides fell short of achieving an agreement to end the trade conflict, but are willing to continue talks. Between negotiations and a trade war, the situation has started to change toward the former.

The past two months have witnessed an unprecedentedly turbulent period in Sino-US trade relations. China stood firm and won leverage to safeguard the interests of the country and people.

The results have been distinctly different from the initial unreasonable demands of the US. This is the result of China's countermeasures. The US voluntarily sent a delegation to Beijing, including all its major trade officials, in contrast with its 301 investigation and tariff threats on $100 billion worth of Chinese products.

Sources close to the negotiations said Chinese delegates responded strongly to US demands in the past two days, standing firm on the moral high ground to safeguard free trade and a multilateral trade mechanism. China demonstrated its resolve to the US that China will never trade its core interests.

This round of trade disputes has been widely referred to as a "trade war," with the US attacking China. However, China has displayed strong will and tenacity beyond the imagination of the US and the world. As of today, Beijing has broken Washington's psychological advantage and consolidated its position. An equal standing at negotiations has emerged through the struggles.

The trade disputes have posed a great challenge not seen before to China, and represented a test of China's strength, courage and wisdom.

Beijing demonstrated its ability to navigate through complexities as China grows into a world power, while Chinese society has united in the face of the challenge. China has shown toughness and maturity when forced to deal with the trade disputes.

It is unlikely that all problems between China and the US would be resolved by one dialogue. The world's two major countries will either hurt each other and the world through conflicts or benefit the world through cooperation. More people have understood the logic in the past two months. Neither China nor the US will intimidate the other. Therefore, seeking common ground will be more useful to break the deadlock. The game of "who blinks first" is no longer relevant.

It is also a fight for China to safeguard fair trade and a multilateral trade mechanism, which is the righteous thing to do in a globalized world. The interests China is fighting for transcends national borders, a test to the buildup of a mankind of common interest. China is a nation of diligent work and honest trade, and we have a clear conscience. Regardless of the length of the trade war and the way it ends, diligence and honesty will never lose.