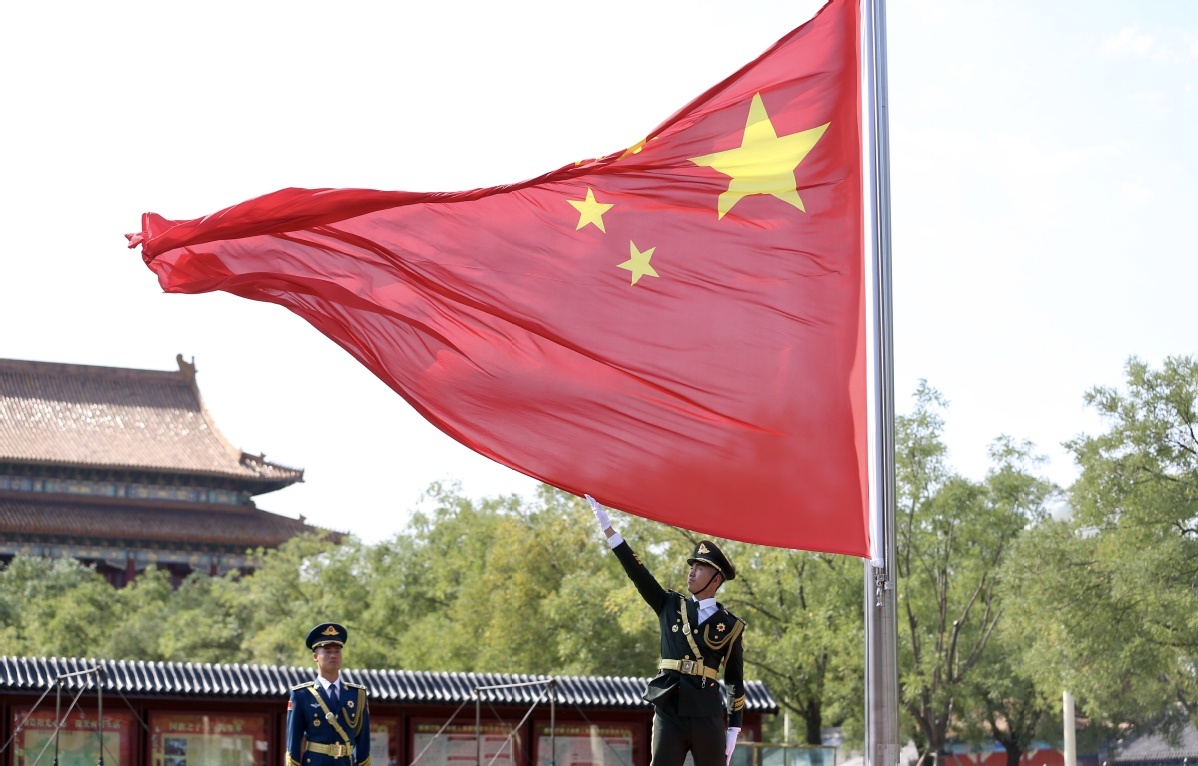 China will not be "intimidated" or "buckle under the pressure" in the face of a disinformation campaign led by the United States and championed by some Western politicians, and it will instead remain committed to following its own path, said Zheng Zeguang, China's ambassador to the United Kingdom.

"While leading the Chinese people to achieve national liberation and development, the CPC (the Communist Party of China) has been subjected to intentional slandering, isolation, and attacks from anti-Communist and anti-China forces," Zheng said. "However, we were not intimidated and we did not buckle under the pressure. We remained committed to doing the right thing and following the path of our own choice because we firmly believe that ours is a just cause, and a just cause is invincible. History has proved this to be true and will again prove it true."

Zheng gave the remarks during an online forum on Tuesday commemorating the centenary of the founding of the CPC. He said a handful of politicians in the West, instigated by some elements in the US, have once again launched a disinformation campaign against China. He said it is a campaign that shows "no sign of slowing down".

The ambassador said those involved decided to overlook China's efforts in fighting the novel coronavirus pandemic and instead try to smear the nation for alleged issues in the Xinjiang Uygur autonomous region, the Hong Kong Special Administrative Region, and the province of Taiwan.

"They turned a blind eye to the fact that China effectively brought the COVID-19 epidemic under control in an open and transparent manner, and chose to manipulate the issue of origin-tracing, in an attempt to stigmatize China," the ambassador said.

"They turned a blind eye to Xinjiang's economic progress, ethnic solidarity, and social stability, and stuck a 'genocide' label on China's justified measures to tackle terrorism and radicalization, and to maintain social stability."

Even China's efforts to defend its policies and actions were portrayed as "spreading false information" by that handful of politicians, he added.

Zheng said accusing China of "spreading false information" is an attempted cover-up of the political agenda and shows the hypocrisy of its accusers. He warned the disinformation created by some Western countries is now causing a series of negative effects.

"It is preventing the people of Western countries from knowing the truth, it is misleading people's minds. It is also creating estrangement and confrontation between major countries, which hampers the joint global efforts to fight the pandemic and tackle climate change," he explained.

The ambassador added it is up to the people of a nation to choose the path of development that best suits their country.

The CPC and the Chinese people have strong confidence in the system of socialism with Chinese characteristics. At the same time, China respects the choices of other nations as they follow their development paths. "China does not ask others to 'copy' China's system. And we resolutely oppose any attempt from outside to force China to change its system, and we firmly reject the deliberate propagation of a so-called new Cold War", he said.