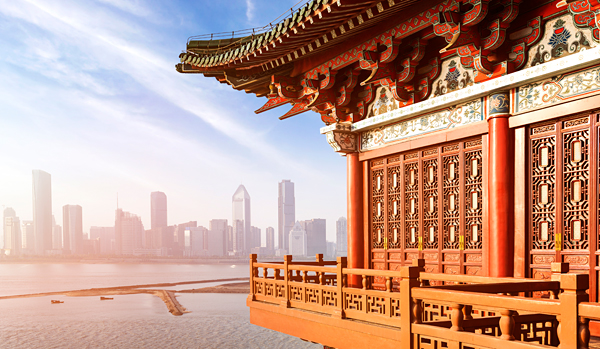 General Secretary of the Communist Party of China (CPC) Central Committee Xi Jinping pointed out the historic opportunity facing China in his speech delivered earlier this month. Xi's strategic judgment has provided people with a new perspective on the spirit of the 19th CPC National Congress.

Only a few countries have grasped the opportunities facing them in the course of history. Today, China is unprecedentedly close to its great rejuvenation, for which the whole country and people are excitedly prepared.China is facing a real historic opportunity. The economy is playing an increasingly significant role in the improvement of the country's comprehensive strength. This is an era where the advantages of being a big country are being constantly unleashed, and the Chinese nation, under CPC leadership, has become unprecedentedly united. Reform and opening-up has pushed China a step further among other emerging countries. The capability to grasp the historic opportunities is of upmost importance. China in the new era is different from the past. The CPC Central Committee with Xi at the core has tightly united Chinese society and the country has realized high-level political solidarity amid rapid economic growth. In many cases, societal conflicts triggered by economic development may lead to political disunity and breed repeated and intense conflicts. Yet China has successfully broken this spell, and is above other countries in political cohesion scarcely seen in this era.In addition, problems that troubled China have been solved by development. China's rise has more interior driving forces than before, and these, combined with exterior factors, have created favorable conditions for win-win cooperation.Moreover, Chinese society has immeasurable potential for development. China has witnessed almost all the problems that agitated other societies, but the country has huge momentum for development. This is key strategic support for China's rise. Problems facing Chinese society - unbalanced development and an aging population, for example - are different from those troubling other countries as a result of China's potential for growth.China has a mature strategic rationality after years of exploration. It doesn't pursue confrontational expansion and instead values win-win cooperation. China prioritizes the improvement of people's livelihoods and is patient in addressing international affairs, heralding its steady development.Despite Western predictions of collapse, China's development has seen an upward trend. As long as China insists on a practical and realistic working style, it will avoid fundamental mistakes and ensure a bright future. How to grasp the historic opportunity is a test for the CPC, the country and the society. We must be confident and meanwhile stay on high alert to potential risks and challenges. Chinese society's consensus on allegiance to the CPC and General Secretary Xi is the political basis for the nation's great rejuvenation.