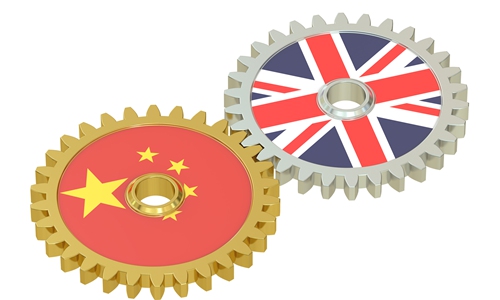 During a phone conversation with Chinese President Xi Jinping last Tuesday, British Prime Minister Boris Johnson expressed his sympathy to the Chinese people amid the ongoing COVID-19 outbreak and praised China's disease prevention and control efforts. Xi said the Chinese side stands ready to work with the British side to safeguard multilateralism and free trade.

China and the UK agreed to build a global comprehensive strategic partnership for the 21st Century in 2015. After the COVID-19 outbreak, both sides should take the corresponding action under their respective diplomatic frameworks in supporting and sharing information. Public health is an essential aspect of China-UK cooperation. Their joint efforts on fighting the virus are in line with the China-UK relationship.

COVID-19 cases have been confirmed in the UK and both sides need to work closer in multiple areas. For example, will the UK overreact? How can the UK respond so their actions will not lead to misunderstandings and misjudgments?

Following Brexit, to solve some of the problems the country is grappling with, the UK will need more support from China. The UK will make it a priority to seek new markets and investments.

Regardless of the deal the UK and EU manage to negotiate, their economic and trade cooperation will suffer. The UK will need to increase expansion outside of the European Union.

China is undoubtedly one of the UK's top choices considering the Asian country's substantial market and economic vitality. In terms of politics, diplomacy, and security, China and the UK are both permanent members of the UN Security Council and carry significant influence worldwide, so cooperation will also strengthen in these areas.

The term "China-UK Golden Era" was used to describe their future relationship under former British Prime Minister David Cameron. Since then, the UK has undergone significant changes within its domestic politics and Brexit impact. Therefore, it is necessary to confirm the direction of the golden era and enrich it.

China-UK relations have changed since the Golden Era term first emerged. But the relationship must remain on course, which will prove to be a test for both sides.

The UK is undergoing changes, and China is formulating better policies toward the UK based on its evolving situation. The golden era direction has not changed, but both sides need to strengthen and analyze specific conditions.

Although the UK is in the context of Brexit, diplomacy remains flexible and autonomous. Regarding 5G, Boris Johnson's government has its position clear, which is different from the US. Some have said the UK's strength and influence would decline after Brexit, but its position on 5G has shown that Britain's diplomacy toward China remains independent.

The UK does not want to choose sides between China and the US as it sees China as an opportunity rather than a threat. Britain will not turn away from the US, and nor will it sacrifice its relationship with China as it would not be in line with Britain's interests or diplomatic practices.

Regardless of the 5G issue or the fight against COVID-19, the UK will maintain its diplomatic flexibility and strong autonomy. However, should the UK lean to one side, it would be difficult to shape its great power image.