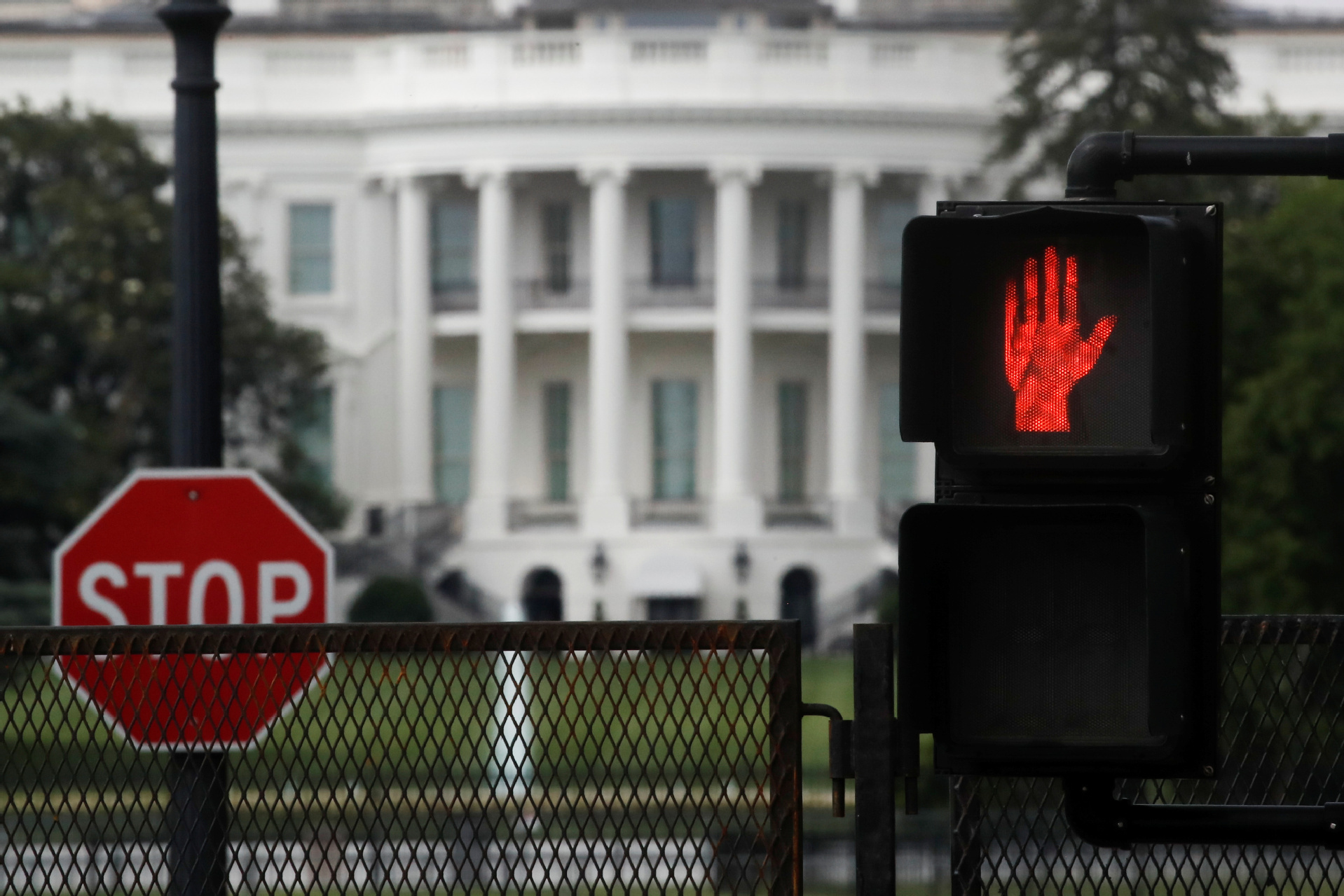 A traffic light is seen near the security fence around the White House in Washington, June 6, 2020. (Photo: Agencies)

BEIJING - A Chinese Foreign Ministry spokesperson on Friday urged the United States "not to make an issue out of China in its election."

"We have no comment on the US presidential election, which is an internal affair. At the same time, we urge the US not to make an issue out of China in its election," Zhao Lijian said at a regular press conference.

Zhao said China's policy toward the United States is consistent and clear.

"We believe both stand to gain from cooperation and lose from confrontation. We are committed to develop a bilateral relationship featuring no conflict, no confrontation, mutual respect and win-win cooperation," he said. "At the same time, we are firmly determined to defend national sovereignty, security and development interests."

Zhao urged the US to look at China and bilateral relations in an objective and rational light, work with China toward the same goal, manage differences, promote cooperation and bring China-US relations back onto the right track of coordination, cooperation and stability.

As to the so-called "relocation of production capacity," Zhao said that it is political manipulation that puts partisan and personal interests above US national interests.

"It's neither viable nor realistic. In the globalized era, the perverse practice of going against the voluntary will of the vast business community, forcibly scrapping existing cooperation between countries, and coercing companies with regard to their normal investment and operation runs counter to the law of market economy and will eventually lead to self-harm," he said.

Such unpopular moves have been and will continue to be rejected and resisted by visionary people in China and the United States, he added.