OPINIONS China, US can have better future by focusing on cooperation

China, US can have better future by focusing on cooperation

BEIJING, Dec. 24 (Xinhua) -- After the US election, China-US relations once again stand at a crossroads fraught with risks and challenges as well as new opportunities. Whether bilateral relations can get back on track is the focus of the world. As President Xi Jinping emphasized, promoting the healthy and stable development of China-US relations not only conforms to the fundamental interests of the two peoples, but is also the common expectation of the international community. 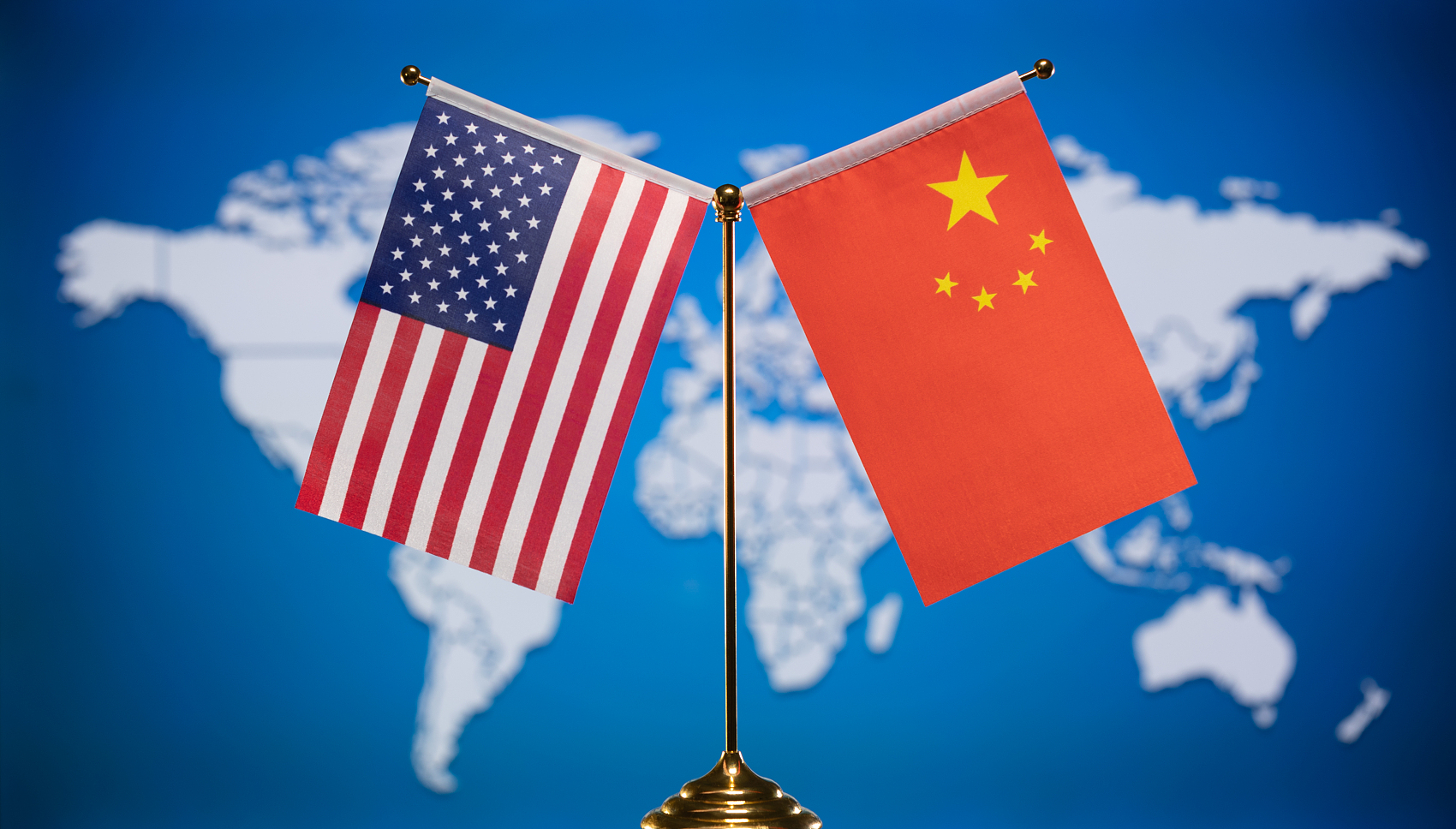 Examining China-US relations requires a comprehensive observation of history and realities. The coming year marks the 50th anniversary of Dr. Henry Kissinger's secret trip to China. Half a century since China and the United States resumed engagement, bilateral relations have developed rapidly. The trade volume had grown from almost zero to more than 500 billion US dollars in 2019, and a total of 72,500 US companies have invested and run business in China. The assets of American companies in China exceeded 700 billion dollars and their annual sales in the country came in at about 700 billion dollars. Last month, 197 American companies participated in the third China International Import Expo (CIIE), ranking first among all countries in terms of the number of exhibits and the total exhibition area. China-US cooperation has produced remarkable results that benefit both sides and the world. These were exemplified by the handling of international and regional hotspot issues, counter-terrorism and non-proliferation, as well as the response to the international financial crisis and the prevention and control of major infectious diseases.

Over the past several years, China-US relations have undergone the most difficult period since the establishment of diplomatic relations. Some extreme anti-China forces in the United States, out of ideological prejudice and personal political gains, took regressive steps and provoked disputes. They deliberately negated the history of bilateral relations, maliciously attacked the Communist Party of China (CPC) and China's political system, took provocative actions against the country's core interests, and grossly interfered in China's internal affairs. During the COVID-19 pandemic, they passed the blame to China, trying to obstruct exchanges between the two countries in all fields and undermine bilateral cooperation. They also incited the "decoupling" of the two nations, coercing other countries into containing and confronting China in an attempt to create "parallel worlds" or "two systems" to push the world into division and turmoil. These actions went against the trend and the will of the people, and were opposed by the far-sighted personages in the United States and rejected by the world's people. Such attempts were doomed to fail.

Facts have again proven that cooperation and dialogue between China and the United States beat friction and confrontation. Sound cooperation between the two countries would be the bedrock of world peace and the booster of global development. On the contrary, friction would bring about disasters on both sides and the world at large. "Both China and the United States stand to gain from cooperation and lose from confrontation. Thus, cooperation is the best choice for both sides." That is essential to dealing with China-US relations, and both countries should bear that in mind.

The top priority for the two countries now is to sit down, have a comprehensive, candid and in-depth dialogue, clarify the strategic intentions of both sides, and rebuild mutual trust. Dr. Kissinger made the trip to China about 50 years ago to have in-depth talks with Chinese leaders. Now, we once again call for such spirit and actions.

The two sides should keep an essential bottom line in mind. The CPC is the ruling party of China, and it enjoys a high approval rate of 95 percent among the Chinese people. It is a force leading and driving China-US relations forward. Since the two countries established diplomatic relations, the United States has been dealing with the CPC. Accepting and respecting the CPC constitute the pre-requisite for developing China-US relations. Dismissing the CPC amounts to dismissing the foundation of China-US exchanges.

The two sides should agree on a cooperation framework through negotiations. There are indeed differences between China and the United States, but this doesn't mean that the two sides cannot cooperate. In the spirit of seeking common ground while reserving differences, the two sides should take an accommodating attitude to each other's demands and concerns, explore new paths to dialogue and cooperation, and find a way of promoting peaceful co-existence and mutually beneficial cooperation.

The framework cannot be agreed on overnight. While showing patience, the two sides should take it as an urgent task. Making a long-term plan while taking immediate action can be the right choice. As the world's two biggest economies, the largest developing country and the largest developed nation, China and the United States need to cooperate with each other. And there are many fields in which they can work together and reinforce and supplement each other. A wise and feasible option for reaching such a framework is to get down to the business at hand, as specified in the "three lists" respectively on dialogue, cooperation and managing differences properly, as proposed by State Councilor and Foreign Minister Wang Yi.

Jointly fighting COVID-19. This is the most pressing issue globally, and also a common concern of the international community. In the past, China and the United States had successful experience in jointly combating epidemics such as SARS and Ebola. The health sectors of the two countries formed a sound relationship of cooperation. The two sides should enhance exchanges and cooperation in areas such as quarantine and tracing measures, medication and vaccines. If the United States returns to the World Health Organization and joins the COVAX, China and the United States can cooperate in global vaccine distribution and epidemic prevention through multilateral frameworks, joining hands to help countries with weak health-care systems, which would be good news for the whole world.

Jointly stabilizing economic and trade relations. This is a prominent area of mutual benefit and win-win results, and there is an urgent need to break new ground for cooperation. President Xi Jinping said at the opening ceremony of the third CIIE that "our aim is to turn the China market into a market for the world, a market shared by all, and a market accessible to all." Apparently, China, with stable development and consistent opening-up, would bring opportunities to the world as well as to the United States. "Decoupling" with China is nothing but giving up on future development opportunities. The two sides should initiate economic policy coordination that connects China's new development paradigm with the US post-pandemic economic recovery. The two sides should strengthen cooperation in fields such as information and communication, artificial intelligence, online education and telemedicine, jointly stabilize the markets, secure growth and safeguard people's wellbeing. The two sides should also ensure the smooth operation of the global industrial and supply chains, thus leading the recovery and development of the world economy.

Jointly tackling climate change. The Chinese and US governments had cooperated to realize the adoption of the Paris Agreement, jointly leading other countries to slow down and adapt to climate change. At the general debate of the 75th session of the United Nations General Assembly in September, President Xi Jinping put forth China's pledge to attain the CO2 emissions peak before 2030 and achieve carbon neutrality before 2060. China and the United States have opportunities to strengthen cooperation and deepen exchanges in climate change. Promoting bilateral cooperation in this field will greatly benefit generations to come.

Jointly resuming people-to-people exchanges. Earlier, China and the United States saw an average of 14,000 visits a day, with one flight taking off or landing between the two countries every 17 minutes. A total of 50 pairs of sister provinces/states and 231 pairs of sister cities were forged between the two sides. More than 400,000 Chinese students once studied in the United States. These exchanges brought people closer and helped promote friendship. In the past few years, however, people-to-people exchanges have suffered grave disruption, with the number of US visas for Chinese students falling 99 percent year on year from April to September this year. The two sides should resume normal people-to-people exchanges as soon as possible, and make new exchange plans involving think tanks, civil aviation and students, to consolidate the foundation of people-to-people bond in bilateral relations.

"Delicious soup is made by combining different ingredients. Good relationship of people of various positions features mutual learning and complementarity." In the post-pandemic era, both China and the United States need a pragmatic approach to roll up sleeves and get to work, as well as innovative thinking to recognize, pursue and adapt to changes. It is wise for both sides and expected by the international community that China and the United States actively seek common interests and resume exchanges and cooperation in various fields so as to create favorable exterior conditions for both countries to accomplish their respective important domestic agendas.