OPINIONS China, US expected to accelerate reaching a win-win trade deal based on Xi-Trump consensus

China, US expected to accelerate reaching a win-win trade deal based on Xi-Trump consensus 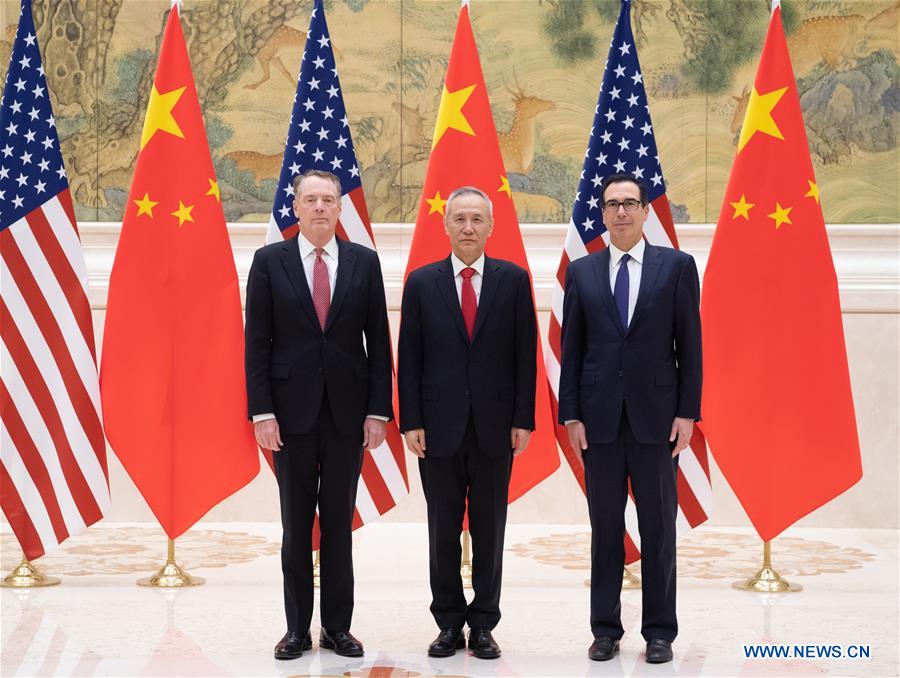 China and the US have achieved substantial progress on specific issues following their latest round of high-level economic and trade talks in Washington. The result has sent a positive signal to the world that the two sides are properly resolving economic and trade frictions, and has further laid the foundation for the final agreement between them.

During the Feb 21 to 24 talks, the seventh round since February 2018, Chinese and US negotiators further implemented the important consensus reached by the presidents of the two countries during their December meeting in Argentina, and focused their talks on the text of the agreement.

Chinese Vice Premier Liu He, who also came as the special envoy of Chinese President Xi Jinping, headed the Chinese team, and US Trade Representative Robert Lighthizer and Treasury Secretary Steven Mnuchin led the US team.

The two teams held three rounds of high-level economic and trade talks within the last month. In this past round, the two sides for the first time extended the talk for two more days. In an earlier round, Chinese President Xi Jinping met the US team, and offered guidelines and impetus for future engagements, which received high praise from the international community.

The frequency of negotiations and the growing consensus between the two sides strongly indicate the significance of the consensus reached by the presidents of the two countries during their meeting in Argentina. The seventh round of negotiations witnesses increased optimism in the two sides reaching an agreement that is mutually beneficial and beneficial to the world.

The path of economic and trade negotiations since the tensions between the two sides began has had ups and downs, but China always sticks to the principle of mutual respect, equality and mutual benefit. The consensuses after seven rounds of talks show the common concerns of the two countries. They conform to the general direction of China’s reform and opening-up, and are conducive to meeting the needs of high-quality development of China's economy and its people's pursuit of a better life.

China-US economic and trade cooperation is formed by the market and driven by market forces. In spite of unsolved trade tensions, many US corporations still choose to join the expanding Chinese market, and investments into China from US companies increased 124.6 percent this January.

China solemnly declares that it is willing to solve economic and trade tensions through cooperation and wants to promote reaching an agreement that is acceptable for both sides.

The international communities' opinion sufficiently shows that the issue of resolving economic and trade friction between China and the US is a big plus for the world economy, which has an urgent need to increase certainty. The Wall Street Journal reported on February 18 that global stocks edged higher as renewed hopes for a trade deal between the US and China helped boost sentiment. The Financial Times reported that Chinese stocks had their best day since early November on February 18, as investors held on to the belief that Beijing and Washington will resolve the trade dispute that has hung over the country’s economy.

Deepening reform and opening-up is China’s independent and unshakable strategic decision, which will not easily change. China has the ability and conditions to face challenges calmly and promote high-quality economic development. Facts have shown that wisdom, courage, hard work and perseverance have created the growing vitality and resilience of the Chinese economy. No matter how the future situation develops, China will follow its established rhythm, deal with its matters properly and contribute to the Chinese people and the international community with consistent and new achievements.

It is reasonable to believe that under the guidance of the two presidents, China and the US will continue negotiations and will promote the long-term, stable and healthy development of the China-US economic and trade relations. It will also play a positive role in enhancing the well-being of the two peoples and facilitating the stable growth of the world economy.