OPINIONS China, US should focus on commonalities, not differences

China, US should focus on commonalities, not differences 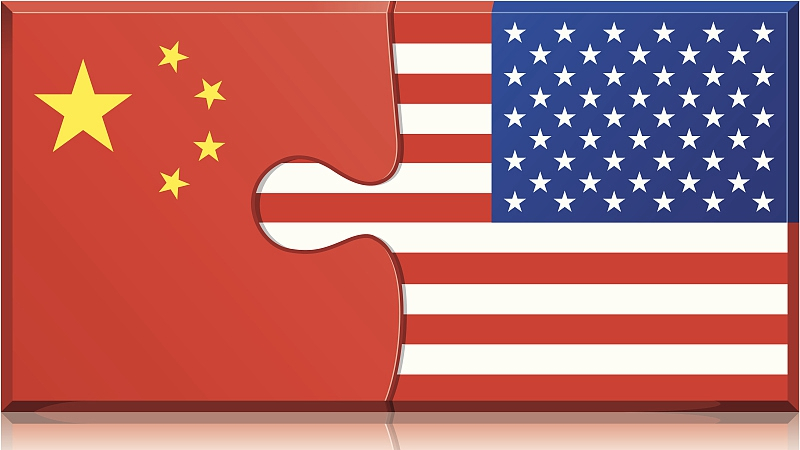 Domestic pressure in the US

After the collapse of the former Soviet Union, economic globalization accelerated, and both China and the US have benefited greatly.

Over the past 20 years, the two countries have adopted similar policies of opening up their markets and embracing globalization. As a result, a highly interdependent economic relationship was formed between the two, which some scholars dubbed “Chimerica.”

Trump’s election and mode of governance have brought great changes to the US. First, the center of gravity that has dominated the US for many years has shifted from the northeastern part of the country (the Boston-New York-Washington corridor) and the West Coast to the new power center formed by the “rust states” of the Midwest and conservative agricultural states.

Trump is clearly more concerned with winning voter support in the “swing states” of the Midwest, where his showing figured prominently in his election victory. By launching a full-scale trade war, Trump’s approval rating has surpassed that of former President Barack Obama in the same period of his presidency.

Second, Trump and his supporters in the Midwest have pushed the US to adopt a “reverse globalization” policy. In terms of economic and trade policies, Trump seems to be reversing the US policy of emphasizing the growth of the online and high-tech sectors over the past 20 years in favor of trying to revive the manufacturing sector in order to correct trade imbalances.

In terms of foreign policy, Trump has changed the long-held view of the liberal international order led by the US, and applied protectionist trade pressure on allies, and demanded that they increase defense spending and purchase more US weapons – measures aimed at reducing the US fiscal burden.

More importantly, Trump’s presidency has brought about a fierce clash of values, and the country’s social and political consensus has been greatly weakened.

Trump and his supporters have been accused of adhering to such ideas as white supremacy and other extreme conservative viewpoints that are incompatible with the liberalism and progressivism advocated by pro-globalization elites, leading to unprecedented divisions in US society.

In China, through changes over the past five years, the country’s leadership has restructured new policy institutions and formulated a clearer medium- and long-term development strategy for the country.

Although China’s national development goals and strategies have maintained a strong continuity, the ways and means for achieving the strategy have changed through major reforms of the party and state system.

Central authority has been strengthened, and at the same time, supervision of the exercise of public power has been bolstered.

The structural changes in the US and China can be called revolutionary, but the results are different because of the different political systems.

Under the US election system, Trump was elected with a slight majority of votes in the electoral college (although he actually lost the popular vote to Democratic rival Hillary Clinton), creating more political and social opposition, undermining the continuity of American internal and external policies, and causing great damage to US soft power.

In contrast, the changes under the Chinese system ensure the continuation of policies and at the same time overcome the drawbacks of decentralized power, lack of coordination and vulnerability to corruption in the old institutions and practices. As a result, the domestic foundation of China’s foreign policy has also become stronger.

Change and Continuity in China-US Relations

The domestic restructuring in China and the US constitute a new foundation for bilateral relations in the current era. From a domestic perspective, rising conflict in China-US relations under the Trump presidency has a certain air of inevitability.

Trump, his administration and its constituencies are opposed to economic globalization and are demanding a major adjustment in the relationship between the US and the global economy.

Naturally, China-US economic relations are bearing the brunt of this change. The current extensive economic and trade relationship between China and the US is the product of rapid economic globalization over the past 20 years.

Because Trump views the US trade deficit with China as incompatible with the goal of “America First,” he is demanding a dramatic adjustment. In addition, the US is gradually viewing the rise of China, especially its increasing military strength, as a threat that has started to limit the freedom of the US to maneuver in the Asia-Pacific region.

However, the complex interdependence formed during the era of economic globalization will still limit any substantial deterioration in China-US relations in the near future. Despite increasing frictions, China-US relations will continue to be characterized by shared interests and cooperation.

First, US-China trade has reached nearly 700 billion US dollars (trade in goods and services combined), surpassing any bilateral relationship in history. The idea of “decoupling” proposed by some in the US and China is not practical because the cost to both sides would be too high.

To add to this, China-US monetary and financial relations are also very close, forming a so-called “balance of financial terror” due to their tight interdependence (a phrase coined by former US Secretary of the Treasury Lawrence Summers). China’s continued purchase of US Treasury bonds is still very important for supporting the US economy and the status of the dollar.

In turn, if China wants to have greater influence in the international financial and currency markets, it will also be inseparable from the dollar and the US market.

Third, the personal relationship between the leaders of China and the US is particularly important at present. So far, the interactions between Xi Jinping and Trump have been good, and a relatively smooth communication channel has been formed.

Fourth, China’s strategies are not intended to challenge the hegemony of the US. China’s aim is to achieve the medium- and long-term goals of national modernization.

At this stage, China’s strategies, policies and actions do not pose a substantive challenge to US dominance in the international system. While many people in the US tend to believe that China’s development model and philosophy pose a challenge to the US, this argument does not make much sense because China does not advocate exporting ideology and emphasizes respect for the right of each country to choose its own development path.

To avoid decoupling and confrontation, the most important thing is for China and the US to conduct effective dialogue and communication, achieve strategic trust and reduce the current trust deficit.

What is particularly noteworthy at present is that many academics, opinion writers and think tanks in the US have misunderstood China’s development model and important domestic political changes since the 19th Party Congress in Beijing last October.

Some moderate US scholars and experts advocating engagement with China have expressed their disappointment and frustration about the political changes in China. As a result, Chinese leaders need to do more explaining to American elites to reduce misunderstanding about China’s political changes.

The so-called decoupling of the economies of China and the US, with each building its own system, would lead to an eventual collision between the two sides. The cost of decoupling would be huge, and it is not a realistic choice for either China or the US.