The US-China trade dispute has been escalating since the beginning of this year. The Trump administration attempts to disrupt economic globalization, change the structure of bilateral trade and reduce its trade deficit with China. 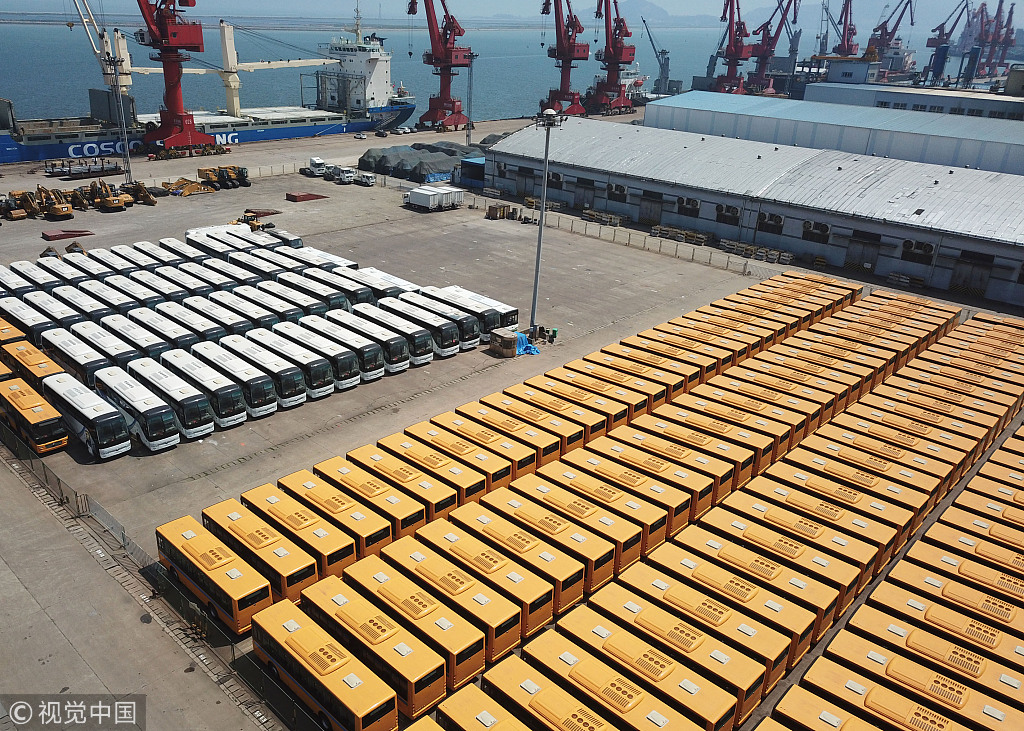 The US trade deficit against China is still widening on a quantitative basis, and the US is still China’s largest trading partner. Though the trade war will undoubtedly have a huge impact on China’s foreign trade and economy as a whole, China has seen decreased dependence on trade with the US. In addition, China’s trade with the US is becoming less decisive as the country gradually expands the scope of its trading partners and increases trade volumes with them.

The US government knows clearly that China and the US are economically interwoven and interdependent. But as China’s reliance on the trade with the US is decreasing, taking unilateral measures against China in trade, finance and technology will only exert greater negative effects on the American economy.

The US economy will be devastated if the Trump administration levies tariffs on $ 450 billion worth of imported Chinese goods as it announced. It is no different from a political suicide. The additional tariffs will greatly increase the living cost and reduce consumption choices for US citizens, as well as raise operating costs for US enterprises.

Moreover, the tariffs will also tremendously hinder the US economic recovery and counteract the positive effects of its economic stimulus plans. By then, even Trump’s most loyal supporters will switch sides.

Trump’s attempt to contain China’s technological development and restrict Chinese technological talents from studying in the US under the banner of protecting the US national security is unrealistic and meaningless.

His move will bring opposition from the global technology industry which attaches high importance to academic exchanges. In the short term, the Trump administration might be able to restrict Chinese talents and disrupt academic exchanges, but such restriction will also create negative impacts on the progress and development of its own cultivation of technology personnel. Such practice, bound to be protested against by the US technology and academic worlds, will have to be stopped.

China’s exports to the US totaled $505.6 billion in 2017 and the value of its imports from the US stood at $ 130.4 billion, according to the US Department of Commerce. If the US tariffs on Chinese goods are imposed at full scale and China’s tariffs on American goods remain unchanged, which means the US average tariffs on imported Chinese goods will be lifted from 3 to 25 percent, China’s economic growth will see a 0.4-percent drop. If China levies reciprocal tariffs on imported American goods, the figure will be limited to 0.34 percent.

As a result, on one hand, the China-US trade relations will be adjusted in terms of quantity, rather than subversively changed. On the other hand, the US has withdrawn from a variety of international organizations; but China is gaining more global support for its effort to push forward trade globalization, tackle climate change and improve global governance. In this regard, it is believed that China can mitigate the negative impacts created by this round of China-US trade dispute.

This article is based on related studies of the report on China-US trade relations released by a research group led by Professor Li Daokui at the Center for China in the World Economy, Tsinghua University