OPINIONS China will not acquiesce to any external attempt to destabilize Xinjiang: Ambassador to US

China will not acquiesce to any external attempt to destabilize Xinjiang: Ambassador to US

Washington (People's Daily) – Speaking at an online conference co-hosted with the government of the Xinjiang Uygur Autonomous Region and the Chinese Embassy in the US, Ambassador Cui Tiankai said Thursday that in the US and other Western countries, lies about Xinjiang still hold sway.

He pointed out that systemic slander and unilateral sanctions against China are rife, adding "lies cannot stand the scrutiny of facts."

Here is the transcript of the speech of Cui Tiankai at the conference "Xinjiang is a Wonderful Land.” 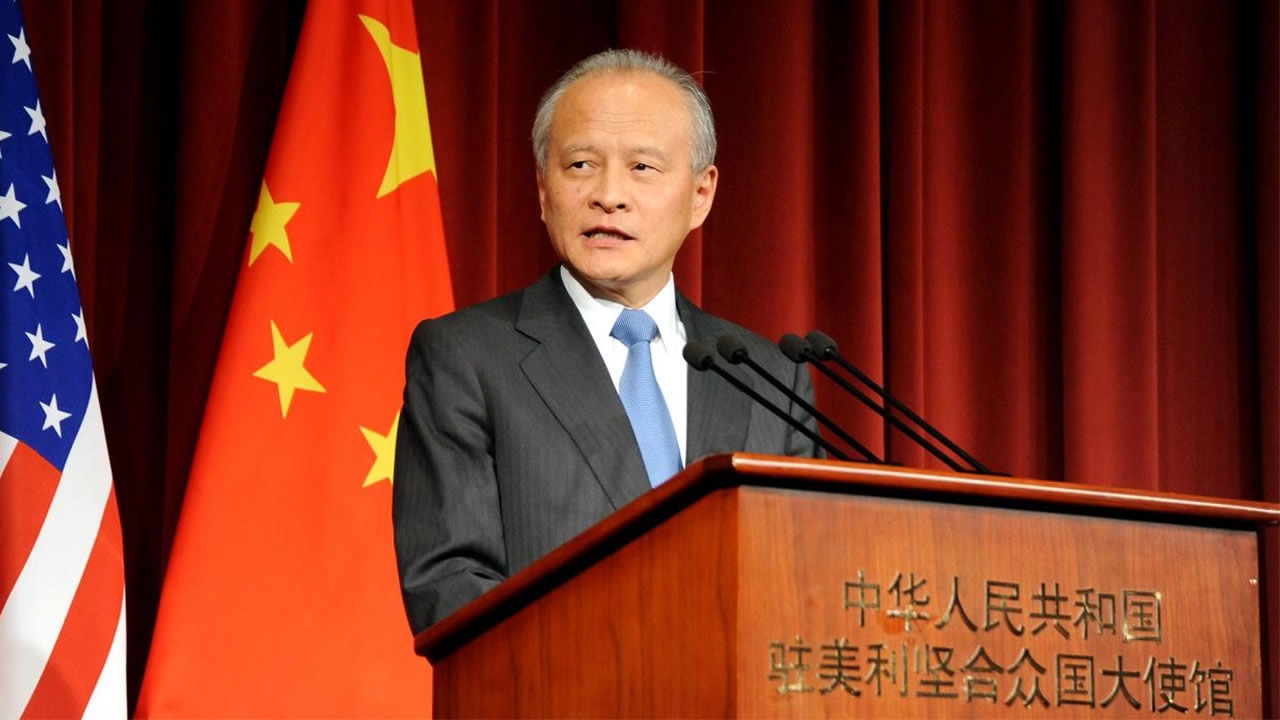 Speaking of Xinjiang, we Chinese often say “Xinjiang is a wonderful land.” But for a very long time, this wonderful land suffered from separatism, extremism and violent terrorism. Between 1990 and 2016, thousands of violent terrorist attacks happened there, causing huge losses of innocent lives and wealth. To address the problem and its breeding ground, the Chinese government has adopted correct and effective policies in Xinjiang, and stability has since returned. In the past several years, over 1,200 people from more than 100 countries have visited Xinjiang. Many social media influencers are seen on the streets doing interviews. I myself have visited Xinjiang more than once. We have seen a real Xinjiang, which is totally different from what some Western politicians and media portrayed.

But to our dismay, truth has not stopped rumors. In the United States and other Western countries, lies about Xinjiang still hold sway. Systemic slander and unilateral sanctions against China are rife. But lies cannot stand the scrutiny of facts. The so-called “genocide” is just a downright lie. In the past 40 years, the Uyghur population in Xinjiang has grown by over 10 times — does that look like genocide? “Forced labor” is more groundless talk. Workers in Xinjiang choose their jobs, including those in the high-income industry of cotton picking, on their own volition. They sign labor contracts as a free and equal party, their rights and interests are well protected, and they enjoy full remuneration. If making a decent living is “forced labor,” then should they only deserve “forced poverty” and “forced unemployment”?

Given such undeniable facts, why are some Western organizations and individuals, disguised as academic institutions and scholars, still making all noises and blatantly fabricating lies? Why do some forces in America use Xinjiang to launch massive smear campaigns against China? The truth is, they want to bring about a collapse and split-up of China from the inside. Feigning concern about Xinjiang’s human rights, they are thinking about using Xinjiang to contain China. Their typical ploy is to first presume guilt, and then to find and even forge matching evidence. They don’t care about truth whatsoever; they only mind their political schemes. Some people claim that this is out of their belief in “values.” For them, I hope that President Franklin Roosevelt’s Four Freedoms still ring in their ears, because isn’t it hypocritical that if they truly believe in the freedom of speech, why wouldn’t they allow other people to tell the truth when they are telling lies? If they truly believe in the freedom of belief, why can’t they resist the urge to launch crusades against other religions and civilizations? If they truly believe in the freedom from want, why would they undercut other peoples’ efforts to get rid of poverty and pursue development? If they truly believe in the freedom from fear, why would they embolden terrorists to hurt the people?

For these ill-intentioned people, I wish to reaffirm: Xinjiang affairs are China’s internal affairs. Xinjiang-related issues by nature are about anti-terrorism, deradicalization and anti-separatism. China will not acquiesce to any external attempt to destabilize Xinjiang, or even to split up China and obstruct the rejuvenation of the Chinese nation. The 1.4 billion Chinese people of various ethnic groups will not allow this to ever happen.

There is no denying that some people cannot see the truth for the moment. In history, wars started with lies were not rare, and the lies of the Western world, including the United States, have caused such tragedies in places like Iraq, Libya, and Syria that there should be enough cause for alarm. For those who can’t see the real picture for the time being, I suggest that they listen to what the 25 million Xinjiang people of various ethnic groups and the 1.4 billion Chinese people have to say, and that they heed the opinions of objective and rational scholars and media, especially those from other countries and regions, so they will be able to tell truth from falsehood, and right from wrong.