OPINIONS China will not surrender to US threatening tactic

China will not surrender to US threatening tactic

Washington is playing double-faced tactics in the ongoing trade war. It on one hand threatened to slap a 25-percent tariff on $200 billion of imported Chinese goods after initially setting them at 10 percent, and on the other hand sent the signal through various ways that it is willing to negotiate with China. 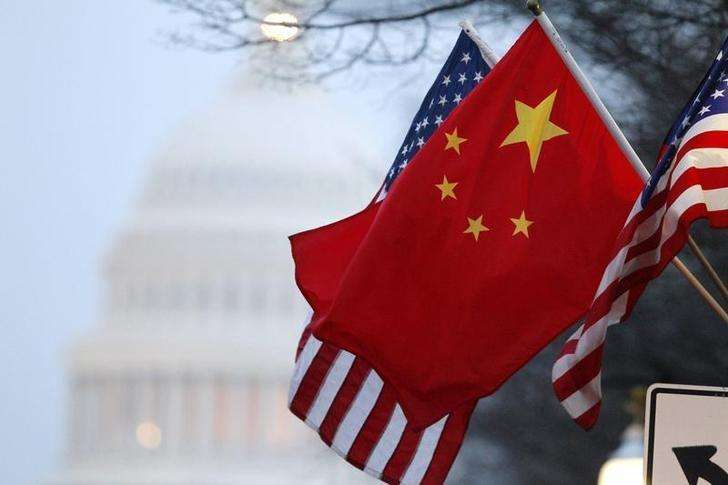 From $50 billion, to $200 billion and then the proposed $500 billion, from 10 percent to 25 percent, Washington’s tariff game has been seen through by China.

But it created a new tactic of accelerating the trade war while advertising its willingness for talks. The mainstream opinion is that the US wants to use carrot-and-stick diplomacy to bully China into unilateral trade concessions, while some others hold that the hardliners in the White House overwhelm those calling for talks.

However, both groups share the same goal: to defeat China, no matter they prefer trade war or negotiation. But there is no way for them to be satisfied.

Pointing China with gun and artillery and then asking for a talk, the US showed zero sincerity. The eye-catching economic figure released recently boosted Washington’s confidence, making the arrogant Uncle Sam unaware of where it really is before having rounds of clash with China.

It is very possible that the trade war will be escalated given that both sides have not yet reached the state of strategic stalemate. Analysts said that China suffers the largest impact at the initial phase and the US at a later one. But China will eventually defeat the trade blackmail of the US and it is impossible to force China into surrender to the US coercion.

The countermeasures China took are self-defensive responses. It insisted on not firing the first shot but will hit back once it is bullied.

The country has been well prepared for fighting against the rising US tariffs, but will not fight the US through a self-exhaustion approach. In whatever way the US escalates the trade war, China will react in its own way.

Though China will not start a war, it is a good hand in hitting the pain points of its opponents to defend itself.

Though the US appears to be big and strong, it is in fact vulnerable from inside. Washington is too paranoid and stubborn to take care of the interests of American farmers, entrepreneurs and consumers.

As a matter of fact, some American firms have already been on the brim of collapse, and the farmers are severely hurt by the trade war.

The additional tariffs increased production cost of American companies by more than 30 percent, pushing them to the brink of bankruptcy. The Trump administration intends to bring American firms back to the US through the trade war, but because of the high tariffs, some companies have moved overseas, such as motorcycle manufacturer Harley-Davidson and auto maker Tesla.

If Washington escalates the tariffs to $200 billion worth of imported Chinese goods, a great number of ordinary US consumers would fall into the victims of the trade war.

A considerable part of names on the new proposed list are consumer goods, which means that higher duties will raise the citizens’ living costs and reduce their life quality. Certainly the opposition voices in the US will go stronger to the extent of stopping Washington from acting capriciously.

China has been devoted itself to resolving disputes through dialogue. But the Chinese people no longer believe Washington’s sincerity for negotiations, which is also a lesson learned from the earlier rounds of negotiations with the latter.

Abandoning its commitments again and again, the US has gone back on its word to both China and the world. Only mutual treatment and fulfillment to promise will lead to a dialogue. If the US continues acting willfully, China will not hesitate fighting back at it with tougher countermeasures.

The trade war is not easy for China as the major challenge would bring losses. China didn’t choose a trade war but was forced to accept it. China will not surrender to the US, nor could it ignore the trade war. The only way is to face it and win it.

China’s development to where it is now comes from its success in grasping opportunities amid games and competitions, and this time it will win the trade war in the same way.