OPINIONS China will succeed in virus’ next stage

China will succeed in virus’ next stage 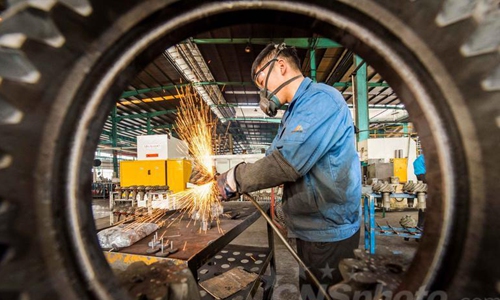 Europe has become the new epicenter of the coronavirus outbreak. The virus is also spreading rapidly in North America. An increasing number of scientists have seen little likelihood of the pandemic being over this summer. We must be well prepared for the pandemic continuing in the coming fall and winter.

China has already contained the epidemic. But the number of imported cases is growing. Meanwhile, the arduous task of resuming work is confronting the country. Is China able to stand up to the two challenges at the same time?

Many foreign experts and media outlets predicted that China is at risk of a second outbreak. We can certainly not turn this prediction into reality, nor can we be resigned to circumstances to maintain the achievements we have made. In that case, the safety would be unsustainable both economically and politically.

China has been fully and quickly mobilized to curb the viral spreading. We will also be able to fully restore economic activities while ensuring that the epidemic is under control. Only by achieving this goal can we ultimately triumph over the virus.

Although it would be tough, fulfilling this task will by no means be harder than our uphill battle with the deadly virus in the previous stage. Since late January, China has rapidly mobilized the entire society and built a grid-based management system with universal coverage for basic-level units. Many people have made huge sacrifices by confining themselves indoors. Many enterprises have paid enormous economic costs by shutdowns and production suspensions. We have tided over these difficulties, so why can't we handle tasks in the next stage?

Although the two challenges - epidemic prevention and resumption of work - overlap, they can be tackled separately.

The key to preventing imported cases is to guard our national border. The Beijing municipal government announced on Sunday that all arrivals in the city from abroad will be quarantined in a centralized isolation facility for 14 days, and the costs will be borne by the passengers themselves.

If such measures are rolled out across the country, risks will be concentrated at the ports of entry and the country will be able to resolve them. And the huge economic burden will also be digested in the long run.

In addition, communities in China need to constantly monitor the health conditions of people who came from abroad. This is not a big deal for the prevention and control system already coming into being in those communities.

As long as the channel for imported infections is under control, the resumption of work won't be severely affected by the outbreak around the globe. The risk of cross infections has essentially been contained in China, and this will make it safer for people to travel from one province to another. It is basically not possible to see clusters of cases within a company.

Although the US and some European countries have fewer people than China, their epidemic prevention is a mess. But China has battled the virus with clear moves. China is keeping vigilant. Therefore, resumption of work is unlikely to trigger a new virus outbreak.

Frankly, it is quite hard to do everything perfectly in such a big country like China. Nonetheless, it is not frightening if there are some new infections or even clusters of cases. As long as the prevention and control system is still in place, any new infections will be quickly identified and properly treated before they snowball into an outbreak.

The coronavirus outbreak is an unprecedented challenge faced by all countries. China has been taking an upper hand in battling the virus, and it will benefit both economically and politically if the resumption of work and prevention of imported infections are properly carried out.