BEIJING, Oct. 12 (Xinhua) -- China's economy is "hitting its stride again" as tourism and spending bounced back during the country's Golden Week holiday last week, according to an analysis of CNN on Sunday. 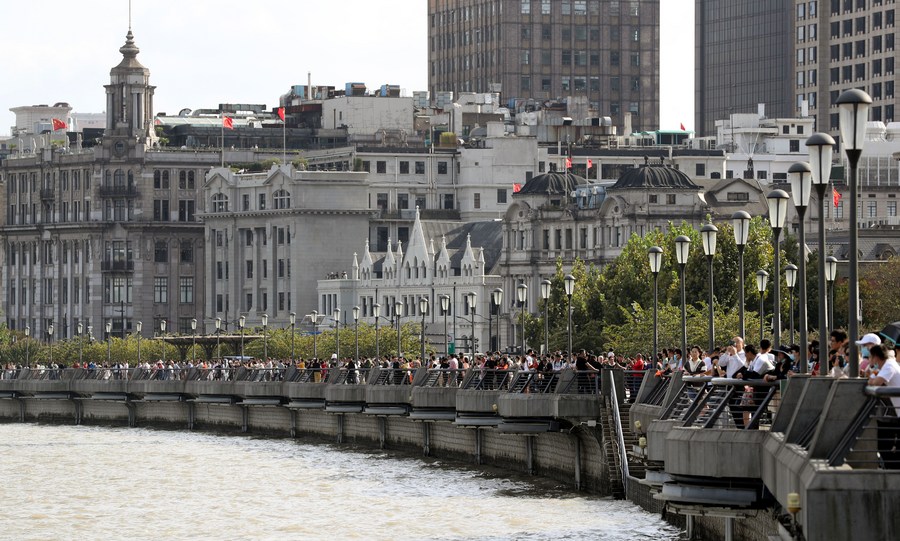 This year's National Day holiday that began on Oct. 1 coincided with the Mid-Autumn Festival, making the traditional week-long holiday last eight days.
By the end of the year, China's share of global Gross Domestic Product (GDP) will probably rise to 17.5 percent, up 1.1 percentage points, according to a CNN Business calculation using World Bank data.
The analysis also pointed out that the World Bank has projected that China's GDP is expected to grow 1.6 percent this year, while the global economy as a whole will contract 5.2 percent.
Tourism revenue across China hit 466.56 billion yuan (69.7 billion U.S. dollars), 69.9 percent of that in the same period in 2019, according to the Ministry of Culture and Tourism.
Tourist attractions nationwide received a total of 637 million visits during the holiday, accounting for 79 percent of visits during the holiday last year, according to the ministry.
Oxford Economics, a British research and advisory group, also indicates that China's share of global GDP will increase by about a percentage point this year, the article said, adding that China's economy has benefited from its vital role in global supply chains.
"Even as U.S.-China tensions have worsened dramatically recently, many U.S. multinationals remain keen to engage with China," Louis Kuijs, chief Asia economist at Oxford Economics, was quoted as saying.
He added that China's moves to facilitate foreign investment in its financial sector is also likely to encourage U.S. companies.