Despite complex domestic and international environment, China has managed to run its economy with a good start since this year, keeping major indicators within a reasonable scope and displaying strong economic resilience. 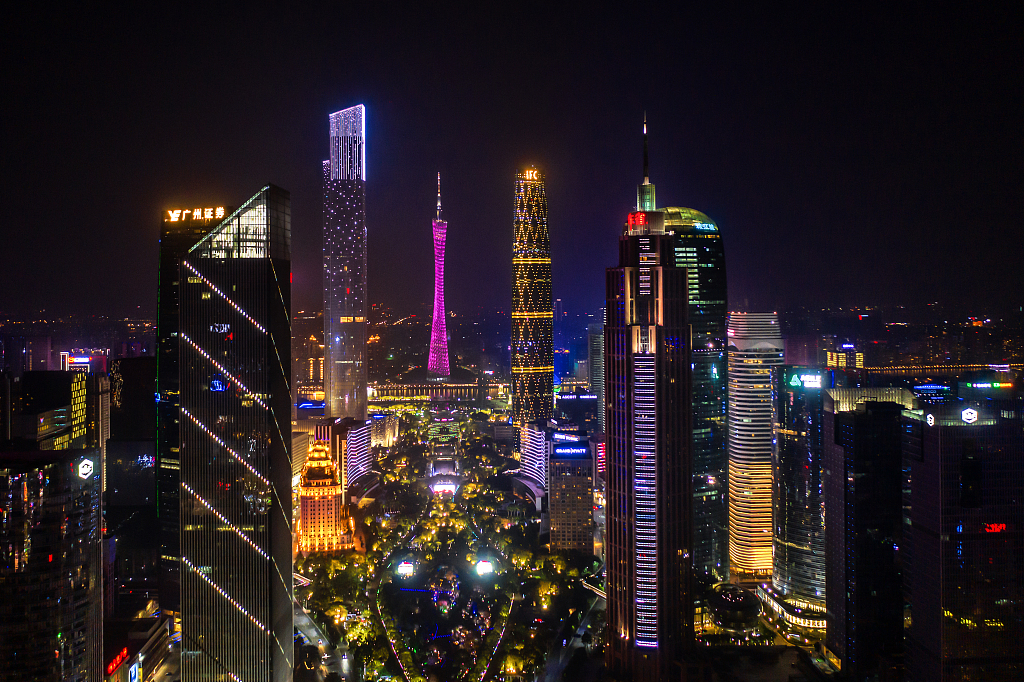 A total of 195 million domestic tourist trips were made during the four-day May Day holiday, and each day there were 9,266 trains and 16,000 flights departing.

Total transactions through the China UnionPay network hit 1.29 trillion yuan ($192 billion) during the holiday, or 322.5 billion yuan per day.

These figures are an epitome of the strong endogenous power of the Chinese economy.

In the first three months, China’s economy rose by 6.4 percent year-on-year to 21.3 trillion yuan, higher than the annual GDP of 2005. The growth rate in Q1 remained flat with that in the previous quarter.

“China’s GDP growth has stayed between 6.4 and 6.8 percent for 14 quarters in a row, which is a continuation of the steady growth momentum,” said Zhao Tonglu, Director-General of the Department of National Accounts with the National Bureau of Statistics of China (NBS).

In the first quarter, 3.24 million new urban jobs were added, fulfilling 29.5 percent of the country’s annual target to improve employment. About 1.17 million urban laid-off workers were reemployed and 390,000 people who had difficulty finding jobs were employed. The surveyed unemployment rate in March stood at 5.2 percent, down by 0.1 percentage point from February.

The first three months of this year witnessed a moderate rise of 1.8 percent in consumer prices, 0.3 percentage point lower from a year before.

China’s international balance of payments was within a range of equilibrium. In the first quarter, the country’s foreign trade rose 3.7 percent year-on-year. By the end of March, the US dollar-yuan exchange rate was 6.73, representing an appreciation of 1.9 percent from the end of last year.

At the same time, China’s foreign exchange reserves rose to $3.0988 trillion. The amount increased by $8.6 billion from February, marking a consecutive growth for 5 months.

The resilience of the Chinese economy comes from its good fundamentals. With strong material basis, vast human resources and huge development potential, China, which is in the synchronous development of new industrialization, informatization, urbanization and agricultural modernization, has a large market to maneuver.

China is still in an important period of strategic opportunity for development and the economic fundamentals sustaining sound development remain unchanged. Particularly, the outcomes of the deepening of the supply-side structural reform in recent years have guided the country’s economy into a virtuous circle of price recovery, cost reduction, profit increase and confidence boost.

The resilience of the Chinese economy also comes from the shift of driving forces. In the first quarter, investment in high-tech manufacturing and service sectors increased by 11.4 percent and 19.3 percent, respectively.

In the same period, enterprises in the country invested 16.9 percent more into technology upgrades, which was 10.6 percentage points higher than the general investment.

The added value of strategic emerging industries grew by 6.7 percent, 0.2 percentage point higher than that of the industrial enterprises above designated size. New products and technologies such as base stations for mobile communication, urban rail vehicles and new energy cars were also a highlight.

The resilience of the Chinese economy comes from the increasing coordination of development. China’s growth which used to highly depend on export, now relies on domestic demand.

In the first quarter, final consumption contributed 65.1 percent to GDP growth, higher than that made by gross capital formation and net exports of goods and services. It signifies that domestic consumption is still the major driver of economic growth.

The consumption market is expected to maintain a stable growth and consumption demand will be further released when residents’ income increases steadily and the policies to cut taxes and reduce fees and boost consumption gradually take effect, said Lin Tao, director-general of the Department of Trade and External Economic Relations Statistics, NBS.

The resilience also comes from the expanding of growth sustainability. By forging ahead with deepening reforms to streamline administration, delegate powers, and improve regulation and services and building a business environment that features the rule of law, internationalization, and convenience, China is still one of the most welcomed destinations for investment in the world.

In the first three months, the average number of newly registered market entities per day was 53,000, up by 26.3 year on year. The actual use of foreign investment rose by 6.5 percent from a year ago. Foreign investment attracted in high-end manufacturing and high-tech service sectors grew by 14.8 percent and 88 percent year-on-year respectively, indicating an increase in both the quality and quantity of foreign investment.

Against the backdrop of a slowing flow of transnational capital, China is still able to attract a growing amount of foreign investment, which indicates the global confidence in China’s growth and the recognition of the country’s investment environment from global capital, said Vice Minister of Commerce Wang Shouwen.

“China has the confidence and ability to maintain stable and healthy economic development and achieve its preset goal,” said Yuan Da, director of policy research office of the National Development and Reform Commission (NDRC).