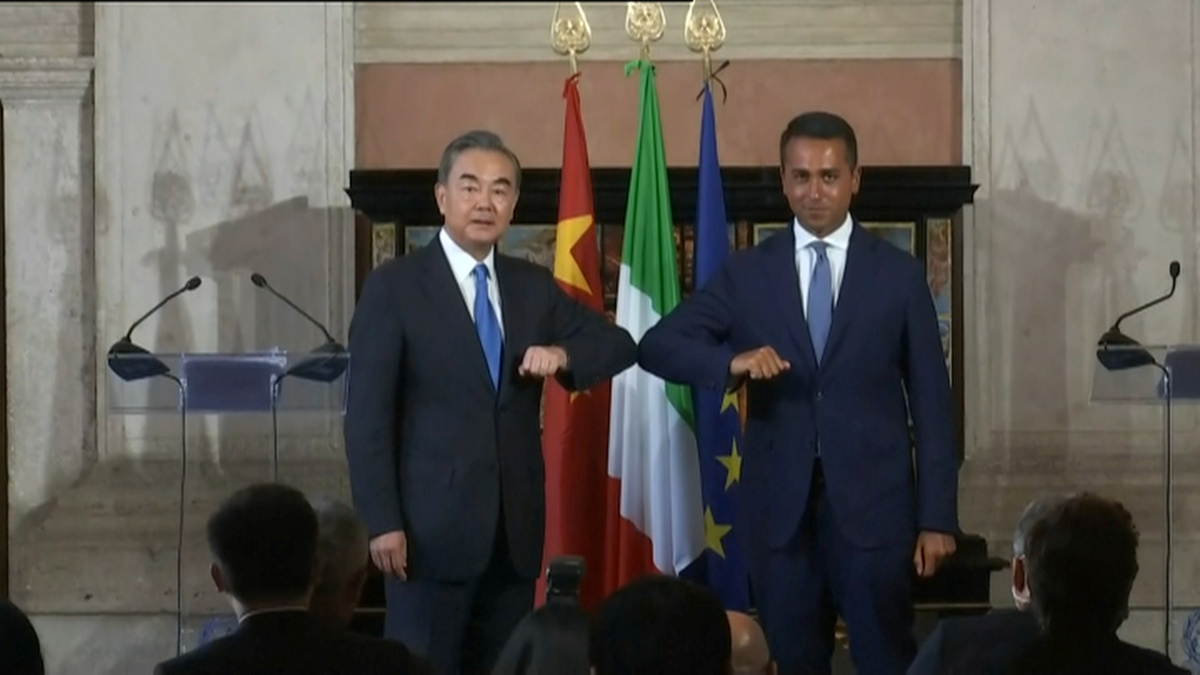 Visiting Chinese State Councilor and Foreign Minister Wang Yi said here Tuesday that China and Italy should work together to plan for the development of Sino-Italian relations in the next 50 years.

He made the remarks while meeting the press together with Italian Foreign Minister Luigi Di Maio after their talks.

Wang said this year marks the 50th anniversary of the establishment of diplomatic relations between China and Italy, which is an important historical moment that connects the past and the future.

He attributed the steady and healthy development of Sino-Italian ties in half a century to three factors.

Firstly, as representatives of Eastern and Western civilizations, China and Italy always appreciate and learn from each other, respect the development path chosen by the people in the other country, and support each other's legitimate concerns on issues of core interests.

Secondly, as major economies in the world, both China and Italy have always adhered to the policy of opening up and developing mutually beneficial and win-win relationships.

Thirdly, as friends and partners, both sides always lend a helping hand when the other country encounters difficulties, said Wang, citing the touching stories between the two governments and two peoples during the devastating Wenchuan earthquake that hit southwest China's Sichuan Province in 2008, and this year's COVID-19 pandemic.

"Looking forward to the future, China and Italy should work together to plan for the development in the next 50 years," Wang said.

He noted that the joint construction of the Belt and Road should be an important driving force for deepening bilateral cooperation.

China and Italy are "natural partners" in the construction of the Belt and Road, since the two nations had been closely connected more than 1,000 years ago thanks to the ancient Silk Road, Wang said, adding that Italy became the first major Western country last year to sign an MOU on Belt and Road cooperation with China.

Since then, bilateral cooperation has generated major results in such fields as energy, construction of cruise ships and ports, as well as third-market development, Wang said.

He called on both countries to carry on the "Silk Road spirit" and involve more people of the two countries in the construction of the Belt and Road, so as to bring more visible achievements to relevant projects and inject new impetus to the development of the global economy.

China and Italy are major countries responsible for world peace and development, so both countries should vigorously promote the process of multilateralism and trade liberalization, and maintain the safe operation of the global industrial chain and supply chain, said Wang.

Noticing Italy will assume the chairmanship of the G20 next year, Wang said China will actively support the work of Italy and make contributions to the reform of global governance in the post-pandemic period and the early recovery of the world economy.

Facing the challenges and problems in the globalization and digitalization, China and Italy could set examples in promoting dialogue among different civilizations based on mutual learning and equal footing, and play a leading role in working out a viable solution to global governance, he said.

Both nations should also work with other countries to promote the principles of resolving differences through dialogue, replacing confrontation with cooperation, eliminating divisions with unity, and join hands to build a community with a shared future for mankind, Wang added.

Italy is the first leg in Wang's first foreign tour as the COVID-19 epidemic eases. The official visit in Europe from Aug. 25 to Sept. 1 will also take him to the Netherlands, Norway, France and Germany.