The Xinhua News Agency learned Sunday from the National Development and Reform Commission and the Ministry of Commerce that Chinese importers have reached new deals with US enterprises on buying US agricultural products since July 19. Chinese businesses will keep making inquiries and increasing purchases. 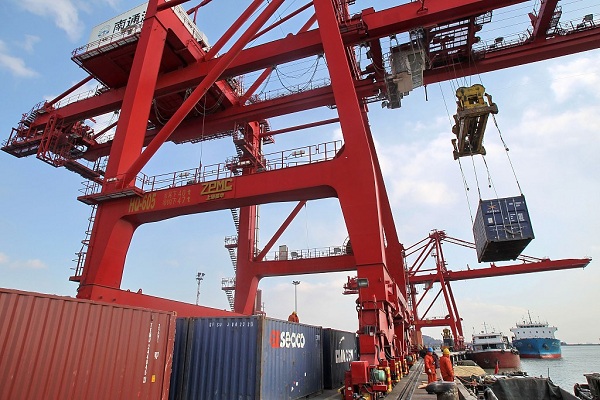 The China-US high-level trade consultations are to resume Tuesday in Shanghai. At this point, China's message of buying US agricultural products is clearly a sign of goodwill to the US. Shown by the Xinhua report, the Chinese government has also urged the US to take concrete measures to implement its commitments.

To implement the consensus reached by the two state leaders at the Osaka summit, the two sides will restart high-level trade talks after over two months and make new efforts to resolve differences. In moving towards an agreement, both countries need to attach importance to each other's major concerns and respond as positively as possible. Such goodwill gestures will help increase mutual trust and boost confidence and patience for both sides in overcoming difficulties in negotiations.

But the trade war broke the above-mentioned stable relationship between production and consumption. China has a large space to replace US agricultural products from other sources. But American farmers have been mired in the anxiety of the China-US trade war.

The US has taken temporary measures to compensate for the farmers' losses, but it can only help meet an urgent need.

After the China-US summit in Argentina in December 2018, China once resumed purchases of US agricultural products, which contributed to progress in the subsequent negotiations. Now China again restarted purchases and might exempt the tariffs imposed on these products, a clear signal of China's goodwill. Such goodwill is expected to produce good outcomes.

But only when the two sides can reach a deal and can enforce it, will China's purchase of US farm products be sustained in the long term. Without the trade war, US soybean and corn farmers can expect stable trade with China. If the trade row continues, US farmers will have to face the dilemma of relying on the Chinese market or making a structural adjustment.

China has been showing goodwill. However that also means if the trade talks don't lead to a deal and China no longer shows its goodwill, US farmers will have to bear the consequences.

The fundamental solution is to reach a comprehensive deal based on mutual respect. Both sides need to take into consideration each other's major concerns. Otherwise a decisive breakthrough in trade talks will be impossible to realize.

China has made clear its three core concerns: lifting all additional tariffs, Chinese purchase of US products should be realistic and the text of the agreement should be balanced.

The 12th round of China-US trade talks scheduled on Tuesday will face difficulties. But as long as the two sides release goodwill on the basis of mutual respect and meet each other halfway, there will be no differences that cannot be overcome. After all, reaching a deal is in the interests of both sides.