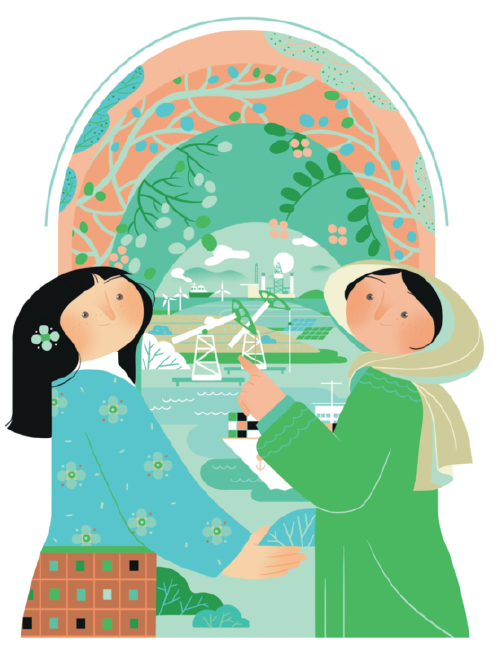 The inaugural China-Arab States Summit will be held in Saudi Arabia on Dec 9 during President Xi Jinping's visit to the country.

Among the most important aspects of cooperation between China and Arab countries is investment in the economic and commercial field, and this has been strengthened within a short period of time. As well as petrochemicals, Chinese companies and Chinese financial institutions have expanded their cooperation with Arab countries in the fields of railways, public roads, ports, aviation, electricity, communications and the Beidou satellite navigation system and other infrastructure.

Cooperation in major transport projects in the Arab countries is in accordance with their priority needs for development, such as subways, railways, airports, roads, and tunnels. In the energy field, Saudi Arabia and China have large cooperation projects in the oil industry, many of which are joint investments, such as King Salman Refinery Yasref in Yanbu, which is a joint investment by the Saudi Arabian Oil Company (Aramco) and the Chinese energy and chemical company Sinopec.

China's trade with Arab countries amounted to $330 billion in 2021, of which 26 percent to Saudi Arabia, at about $87.3 billion. Saudi Arabia is now the largest trading partner of China in the Middle East.

Such investments create job opportunities for the youth of the country in the engineering and administrative fields and other areas.

China-Arab cooperation has made the Arab world, and the Gulf region in particular, a strong ally and friend of China, and reduced the region's dependency on the United States. The strong economic relations and strategic partnership between Saudi Arabia and China have been forged since the two countries established diplomatic relations in 1990. Although the two countries established diplomatic relations relatively late, bilateral relations have developed rapidly in recent years and are now on a fast track.

And China is viewed as a country with which regional countries can cooperate to achieve common development. At the diplomatic and political level, the relationship between China and Saudi Arabia is the best among all the countries of the Arab and Islamic world. In 2016, Saudi Arabia and China established a comprehensive strategic partnership and established a high-level joint committee. Saudi Arabia was the first stop on President Xi's visit to the region in 2016 and it was also the first Arab country he visited after becoming president. And President Xi was no stranger to Saudi Arabia even then, as he visited it in 2008 when he was vice-president.

The economies of China and Saudi Arabia are highly complementary, and the two countries have strengthened the connection between the Belt and Road Initiative and Saudi Arabia's Vision 2030 strategy, which has further deepened their cooperation.

China is also supporting the operations of the Saudi government aimed at improving the security situation in the Middle East. This entails limiting the US' interference in the affairs of the Middle East countries, and striving to stop the problems in Yemen, Lebanon, Syria and Iraq.

China as the largest beneficiary of Saudi oil supplies and as a permanent member of the Security Council, and being a great economic and military power, can benefit economically and politically from the US' withdrawal from the region. In partnership with Saudi Arabia, it can help restore security and peace in the Middle East, which as well as benefitting people in the region, will also benefit the Chinese economy.

The author is a reporter for Al-Watan newspaper based in Beijing.