OPINIONS Chinese ship in international waters near Australia not provocative

Chinese ship in international waters near Australia not provocative 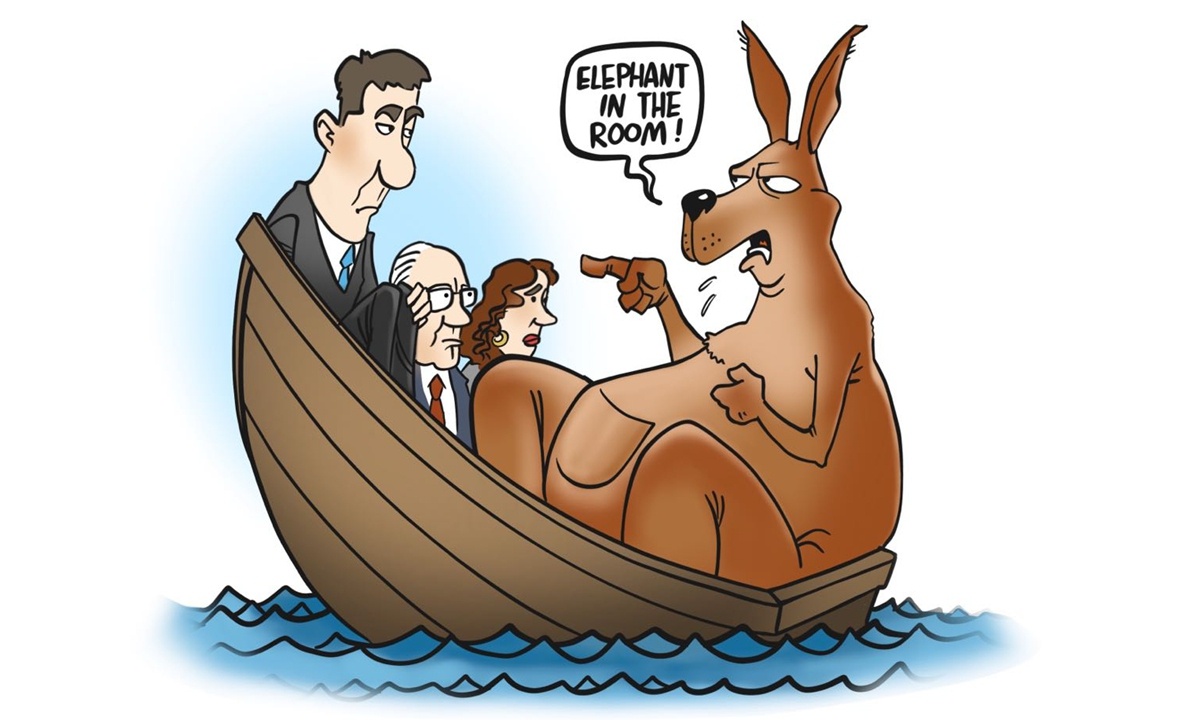 A Chinese vessel sailing in international waters, not in Australia's territorial waters, touched a raw nerve in Australia. Australian politicians and media outlets are making a fuss of the Chinese "surveillance" on the Talisman Sabre war games, the largest two-way training exercise between Australian and US forces, by the Chinese ship Tianwangxing.

Prime Minister Scott Morrison said Wednesday that the Australian government was "very wary" of the Chinese ship's presence. Liberal MP Dave Sharma, a former senior diplomat, said the Chinese vessel's presence "does not strike me as the act of a friendly nation." Most ridiculously, Deputy Prime Minister Barnaby Joyce imagined wildly and made an issue of the Chinese ship to accuse China of hacking Australia in all aspects including iron ore, gas, vital agricultural exports, alliances and how close the country's platform is with the US.

Then-Australian foreign minister Julie Bishop said in 2017 Australia did not regard the Chinese ship's presence as a provocative "signal" by China.

Why has it become a problem? Because Australia has blindly followed the US in the anti-China campaign. China-Australia relations have hit the lowest ebb in decades. But Australia has been playing the victim game, trying to stigmatize China as the "bully." The real purpose of Australian politicians and media accusing the Chinese ship of spying on Australia is to demonize China and shape China as a "threat" to Australia and regional security.

The Chinese vessel is entitled to navigate international waters. Its ship hasn't entered Australia's territorial waters and is carrying out activities in accordance with international laws. There is no need to make a fuss about it.

The massive Talisman Sabre exercises kicked off Wednesday with more than 17,000 troops from the Australian and US militaries, as well as forces from the UK, Canada, Japan, New Zealand and South Korea. Military analysts widely believe that coming at a challenging time in both China-US and China-Australia relations, the exercises aim to flex military muscles and "send a strong message to China," according to military.com, a US news and resource website for military members, veterans and their families. It's normal and reasonable for China and any other peace-loving country to pay attention to and learn about the war games.

"The Talisman Sabre exercises led by the US and Australia have shrouded the entire region in the shadow of war, posing threats to regional peace and China's security," Chen Hong, a professor and director of the Australian Studies Centre, East China Normal University, told the Global Times.

It's irreproachable for countries which are concerned with such acts to observe the exercises, Chen noted, emphasizing the Chinese vessel's activities in international waters that are in accordance with international law are not provocative and pose no threat.

Morrison cited the Chinese ship's presence as evidence Australia and its allies should also be afforded "freedom of navigation" in the South China Sea. It needs to be pointed out that the two issues are absolutely different in nature.

"The Chinese ship's presence off the coast of Australia is quite different from US warships sailing within 12 nautical miles of Chinese islands in the South China Sea. The latter is arrogant provocations that violate China's sovereignty while China's actions do not violate any international law and constitute no threat," Chen said.

The Chinese ship has no intention to provoke Australia. But Canberra needs to understand, the activities of Chinese ships have become a new normal. Australia should learn to adapt to the new normal.