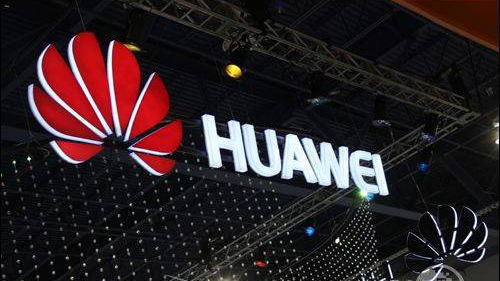 There has been almost no day in the last one and half year without news on major Western media about Huawei. It is a consequence of its unstoppable growth that has led the Chinese smartphone maker to become the world's second-largest smartphone seller in 2019, overcoming Apple and placing itself just behind Samsung.

The US administration has repeatedly targeted Chinese tech firms as the ones responsible for the declining relationship between the two world's largest economies. In particular, Huawei has been severely targeted, initially with the domestic detention of its CFO Meng Wanzhou in Canada and then the banning of American tech firms from doing business with the Chinese tech giant.

In addition, Huawei has lost access to Google services and licensed Android updates since last May, with the exception of open source licensing versions, for all of its newly released smartphones. This has forced the Shenzhen-based smartphone manufacturer to change its strategy.

In this market context, as reported by Reuters, the four biggest Chinese smartphone manufacturers are considering an alliance, branded under the name of Global Developer Service Alliance (GDSA) in order to cooperate in the extremely competitive app-store business.

The attempt to form an alliance aims to put Huawei, Xiaomi, Oppo and Vivo in direct competition with the near monopoly of Android and its Google Play Store. It has already attracted strong interest from nine countries, with India, Indonesia and Russia being the most important ones to be served by the GDSA platform.

The platform, initially planned for launch in March this year, has been postponed due to novel coronavirus outbreak in China, but the Chinese companies have no intention to change their strategy aimed at striking an alliance that is important not only for its political significance but also for the impacts it could have on the smartphone market.

Taking into considerations that the four companies are among the biggest smartphone sellers in the world, an alliance of this kind is relevant in terms of geography due to the different regional focuses that each of the four Chinese companies bring to the table. Xiaomi has a strong presence in India being the absolute leader after having overcome Samsung; Vivo and Oppo are very popular in the Southeast Asia; and Huawei has become a powerhouse in Europe where it is now expanding its business by developing the 5G network.

From market perspective, the alliance is aimed at building a significant negotiation power against Google that is currently the undisputed leader in the app ecosystem. According to the consultancy IDC, Huawei, Xiaomi, Oppo and Vivo held over 40 percent of global handset shipments in the fourth quarter of 2019, and this market power can motivate the Chinese smartphone makers to consider app and software services as new revenue streamline.

Moreover, this move represents an opportunity for the Chinese smartphone makers to become more independent and self-reliant. In particular, Huawei – different from Oppo, Vivo and Xiaomi that still enjoy full access to Google services in international markets – which has been pushed out from the Google ecosystem, can take the opportunity to further develop its own open-source operative system by accelerating the development of Harmony OS as a valuable alternative, in a move that the company made last year to shield from retaliations due to the China-US trade war.

The tech industry is characterized by constant rapid changes and market scenarios continuously evolve, but what can be assumed for now is that an alliance among the Chinese big four could potentially revolutionize the app-store industry and put Google on a defensive position.

The US administration once again has been trying to intervene with decision aiming at inflicting a damage or trying to slow down the growth process and the international expansion of Chinese companies, but the attempt will prove to be a boomerang due to the fact that Chinese companies today are much stronger and have grown both in size and global brand recognition, changing the stereotype of "made in China" from cheap to innovative.