Worsening relations because of the trade war have had an adverse impact on Chinese students and workers in the US. As a Chinese who spent two years in the University of Michigan (UM) and one year in a US company, I can well understand it. 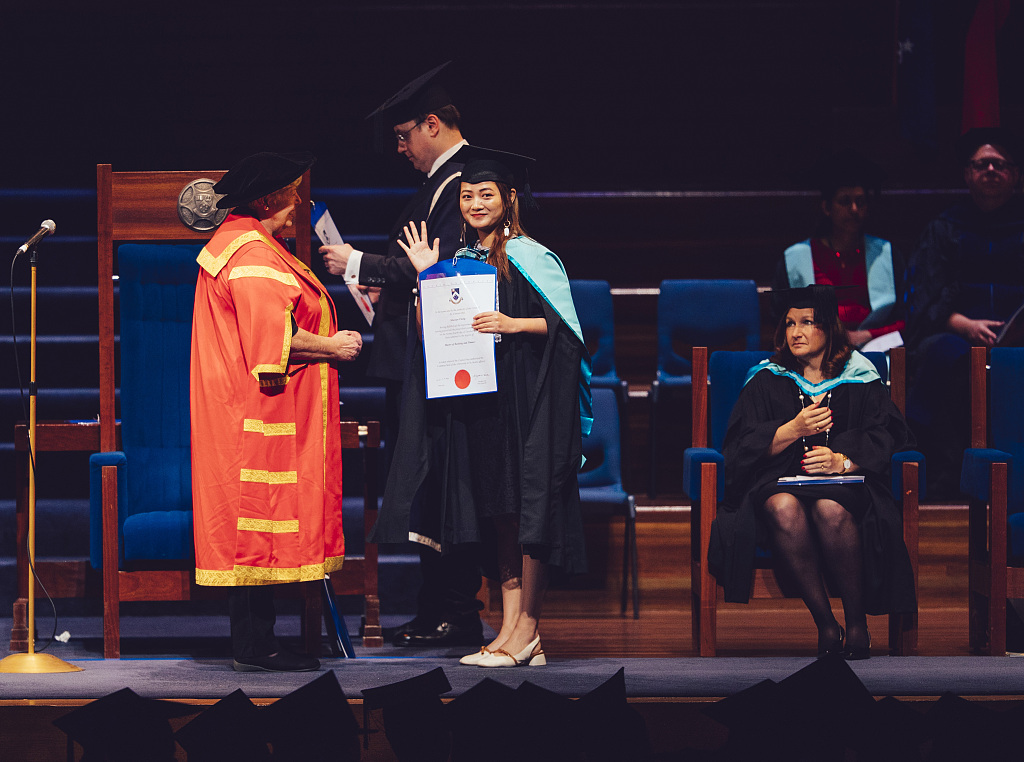 US Citizenship and Immigration Services (USCIS) allow international students with F-1 visas 12 to 36 months of Optional Practical Training after they complete their degrees. During this period, foreign students who wish to stay in the US must find an employer willing and qualified to sponsor H-1B visas.

But given the huge number of H-1B applicants, only a small group of foreigners can succeed. Uncertainty over visas and high application expenses keep many US companies away from international students. In 2018, USCIS suspended premium processing for the cap-subject petitions from April 2 to September 10, meaning that some H-1B applicants would lose the only chance to work in the US.

Chinese, who account for around a third of all foreign students in the US, have to bear the brunt of tightening US policies. The US President Donald Trump's "Buy America, Hire American" agenda has made it even harder for Chinese to seek jobs in this foreign land.

Most Chinese students prefer to gain work experience in the US before serving the motherland. I am no exception. As a graduate student majoring in information technology, I went through a painful job-hunting process lasting for more than nine months.

I did my best while pursuing my Master's degree. Being in the top 10 percent students of my department, I worked part-time as a research assistant at my professor's lab and published three papers with his support. I even spent the only summer vacation I had doing a two-month internship in South Africa.

Nonetheless, the realization that all my efforts were not enough to outweigh the disadvantages of being a Chinese student was poignant. More than 150 online job applications and over 10 career fairs only brought me 10 interview opportunities. A few companies that were interested in me in the first place decided to give me a short shrift after coming to know my visa status.

My American classmates, however, easily got many offers, even though they were not as promising.

Fortunately, I was eventually offered a position at a US hedge fund company a week before graduating. But some outstanding friends of mine still got nothing after their struggles and left the US.

In addition, the US has raised the bar for Chinese students to apply for F-1 visas since the trade dispute. Hence, the possibility of students getting rejected and checked has significantly increased; H-1B holders who need to renew their visas also have a greater chance of being rejected.

Some acquaintances of mine pursuing doctoral degrees in the US were rejected after spending time in China during holidays and had to suspend studies. A Chinese colleague, who failed to go back to work due to visa verification, was dismissed by the company.

Washington's attitude toward Beijing has potentially affected every Chinese in the US. One obvious example is the reduced China-US cultural cooperation.

The Confucius Institute at the University of Michigan (CIUM) was launched in 2009 with a mission of "promotion of China's arts and culture within the U-M community and beyond."

I was lucky to be able to watch a fabulous show organized at CIUM by the art ensemble of my alma mater Renmin University of China (RUC) in 2016. I still remember the excitement, warmth and pride it brought. Besides Chinese students like me, there were numerous locals. Such exchange activities definitely helped CIUM meet its goals and served as a bridge between the two peoples.

Nonetheless, UM suddenly decided to end the agreement with Confucius Institute in December 2018. The university also cut ties with the Chinese Data Center in October 2018 because it "was found to be no longer cost-effective." It was upsetting to hear the news even if I had already left the campus.

These abrupt decisions must be by no means accidental. Washington intends to resist what it calls China's cultural invasion and espionage, making purely academic activities an arena of political battles.

It is not hard to observe Washington's hostility and alarm toward Beijing. US' political and economic clashes with China have affected the lives of ordinary Chinese students, who are definitely treated unfairly.

If tensions continue, I believe the Chinese studying and working in the US will face more difficulties.