OPINIONS Chinese students overseas have much to offer

Chinese students overseas have much to offer 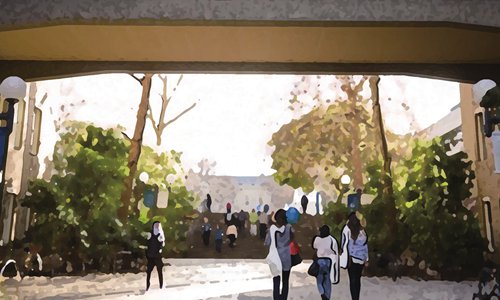 It is no secret that the international education sector and international students are big contributors to the Australian economy. Australia has long been a popular destination for overseas Chinese students with the Australian Bureau of Statistics once revealing that the annual boost to the economy could be as much as A$2 billion ($1.5 billion) to A$19.7 billion. The direct and easiest benefits that we can spot are economic benefits.But what else can these Chinese students bring to Australia rather than just simply being a tremendous boost to the economy and giving continuous business to education providers? First and foremost, international education supports many jobs and provides benefits for both Australians and international students. It is vital for Australian students to study alongside international students to gain exposure to people from other countries and cultural backgrounds. We do not live in a time where we can avoid and not come into contact with people that are different. Whether you like them or not and whether their outlook and behavior aligns with yours, the benefit of cultural contact and exchanges will prove to be beneficial in the long run, especially in future work settings where you will have to face with a multicultural environment.Being linguistically competent is a wonderful skill to have, and such interest is often sparked by one's contact and comfort about being faced with a different culture. Even if you can't speak the language per se, being able to understand and tolerate the bad side of a foreign culture and magnify the good allows people to be better equipped in this globalized world. The economic ties between China and Australia mean there are increasing interactions between the two countries across various sectors. It would benefit students from all sides to truly understand one another, and how they think and operate, which can become a great mechanism to settle disputes and ease misunderstandings. To be that bridge between countries and cultures, one really needs to have studied in that country and to have first-hand experience of that respective country. As more business dealings are made across borders, Chinese students who have studied in Australia and vice versa are often active players to push initiatives ahead and contribute to the betterment of relations between the two countries. At times when hate speech, fear-mongering and criticism occur between the two countries, students who have had international contact remain more rational. When reports generalize a group and fuel further misunderstandings, students who have had such global exposure will not succumb so easily to inflammatory reports.  As more Chinese students select Australia, they could also help improve student service delivery. Yes, seeing more and more Chinese students learning English and studying in Australia could be a worrying sign, but if Australian students can turn that into the energy and desire to learn Chinese and work even harder than them, then that would make Australia even more competitive. Perhaps there is no direct correlation between more international students and increased business deals, but no doubt, the bilateral partnership between China and Australia has led to jobs that require new skills and exposure to one another's culture. Competition is fierce, and as Australian companies and citizens venture overseas for their own career or business operations, they really need to be well-versed in the art of being able to think, speak and operate like those outside of Australia. Some will not like this, since it comes in conflict with the laid-back Aussie way of life, but being paranoid and wanting Australia to do well, I hope that Australians can look at the good side of Chinese international students and know that the changes are not one-sided.