OPINIONS Chinese yuan may have been underestimated: Is appreciation on the way?

Chinese yuan may have been underestimated: Is appreciation on the way? 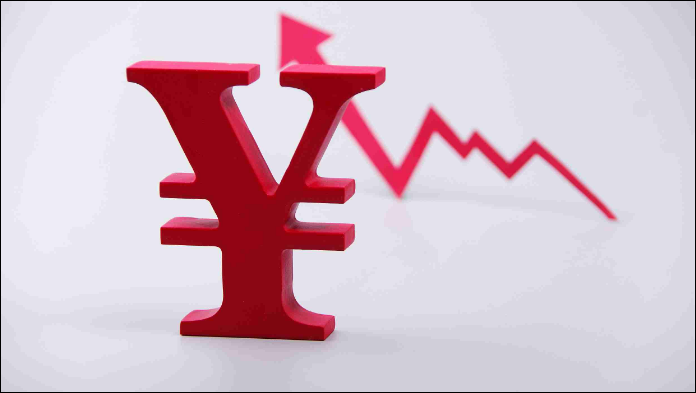 Some of the hidden drivers behind the Chinese currency in both the domestic and external environments are sending a message: yuan appreciation may be on the way. Meanwhile, the offshore yuan has gained versus the greenback in the past three days, the longest stretch in nearly two months.

Narrowing yuan spread among different markets indicates the depreciation pressure is being contained for now.

Depreciation pressure on the onshore yuan remains largely contained, even while the USD/CNY rate has been mostly above 6.90 since the beginning of the fourth quarter.

One of the indicators is that the onshore/offshore spread has been narrowing since mid-July, with the onshore yuan currently trading at a premium to the offshore yuan.

The gap between the onshore and offshore yuan is one of the preferred indicators to gauge the yuan's sentiment, because less regulated offshore markets allow market participants to express their bets on the direction of the Chinese yuan with more freedom.

Taking the current situation as an example, the offshore yuan's value is higher than onshore, suggesting fewer investors are speculating on the yuan dropping any further.

Secondly, the derivatives market is telling a similar story. The spread between USD/CNY 12-month non-deliverable forwards and the onshore yuan spot rate has been narrowing since early October. The difference between the two currently stands at 567 bps, nearly half of the level seen a month ago.

Convergence in economic activity between the US and China may see the yuan strengthen, not weaken.

Bearish bets on the yuan may be overly focused on the recent soft patch in Chinese economic data, without including concerns on weakening US domestic demand as seen in its recent manufacturing PMI, which is usually considered a leading indicator for gauging domestic demand.

The differential between the two largest economies' has failed to further widen in recent months, and currently stands at 6.9 versus 10.0 on March.

As the level of domestic demand is key to a country's growth and inflation rate, any strengthening or weakening of demand is likely to prompt the central bank to adjust monetary policy.

Expectations on monetary adjustments would definitely influence market-based interest rates, which are one of the most dominant factors driving exchange rates.

In other words, the chances of the yuan rebounding against the US dollar strongly exist, as long as the convergence in economic activity between the US and China remains in place.

Escalating US-China trade tensions since June have driven the Chinese currency to become the worst performer among its Asian peers.

Without predicting how soon the world's two largest economies will reach a trade deal, Citi China Economic Surprise Index suggests markets may have been overly-pessimistic on China's growth outlook.

The charts below shows that Chinese economic data released since June have been positively “surprising” markets, suggesting it would be fair to say some of the bearish positions on Chinese assets in recent months were not justified.

Fed concerns on current pace of rates’ normalization may weigh on the dollar.

The US central bank's aggressive rate hikes have been a dominant factor behind the yuan's weakness this year. Therefore, a meaningful rebound in the yuan may only happen when the Fed slows down its current pace on rate hikes. This week, the Fed's Chair Jerome Powell suggested that might just happen.

His speech on Wednesday hinted that more headwinds would arrive next year, and policymakers may need to start evaluating how much further to raise rates, and the pace of rate rises.

Despite a lack of detail on whether the Fed would alter its language in its final 2018 policy meeting next month, it conveyed a message that the central bank may not act as hawkish as some market watchers are anticipating.

Indeed, the possibility of a Fed rate hike next month shown in the futures market dropped to 70.8 percent overnight, well below the 75.1 percent level seen a week ago.

In contrast, some Asian central banks, like Bank of Indonesia and the Philippine central bank raised their benchmark rates this week. A catch-up rate hike in the region with the US Fed is also seen as a support to Asian currencies as a whole.