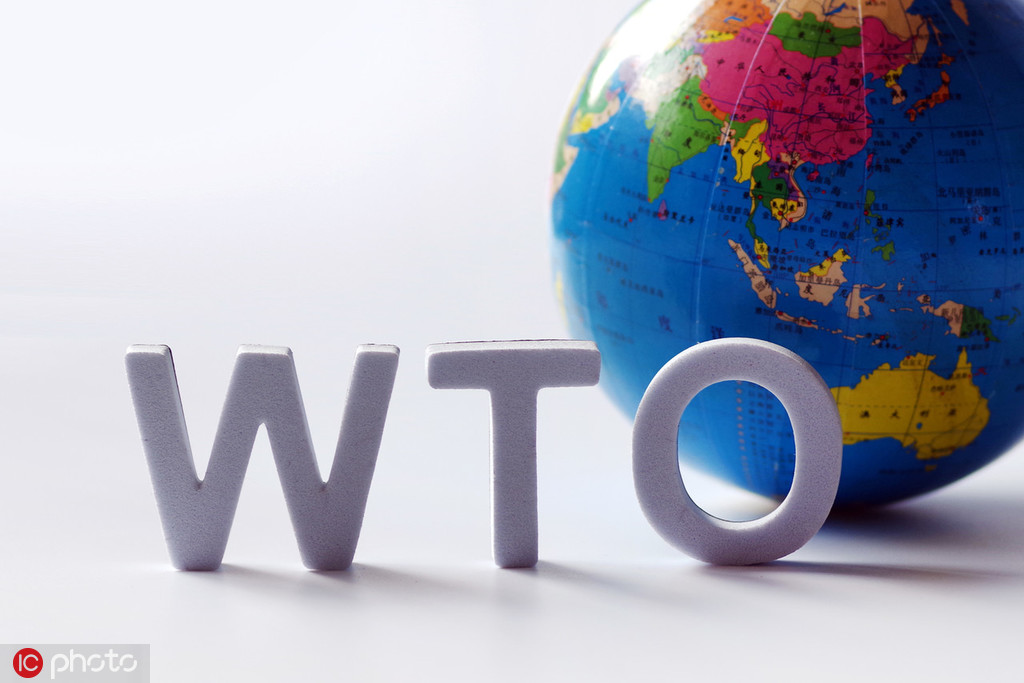 Editor's note: David Lee is a Beijing-based consultant and author who focuses on energy, health, international politics and international development. The article reflects the author's opinions, and not necessarily the views of CGTN.

As Christmas approaches, a long-expected American gift has finally arrived at the door of the World Trade Organization (WTO). Starting this Wednesday, the WTO Appellate Body officially ceases to function, as the seven-member dispute settlement group has only one judge left in office.

The WTO has come to this end thanks to deliberate, unrelenting American efforts to repeatedly block the appointment of new judges to replace those whose terms have expired. Moreover, the only remaining judge, China's Hong Zhao, is set to finish her term on November 30, 2020.

Losing its capacity to settle disputes, there is an existential risk that the whole WTO framework will collapse. The world's biggest multilateral trade arrangement could cease to exist.

The WTO represents a key part of the rule-based international order that has been instrumental in promoting global trade and development. Admittedly, the US has played a key role in developing the rules that have laid the foundation for WTO as well as other key international institutions such as the World Bank and IMF.

During the course of history following World War II, the US long enjoyed the benefits of the America-devised rules. At this advantageous point, the US is thus known as the "benevolent hegemon." However, when America is increasingly losing its strengths in comparison to other countries, particularly emerging economies, its true nature is being revealed.

Now, the US regards the WTO Appellate Body as an inconvenient existence not readily serving American interests. At the end of the day, US unilateralism prevails over multilateralism and selfish schemes overwhelm established rules. If Trump winning the presidency sent out a warning message about the trend the US would follow, the past few years has only hardened the American stance to go solo.

The WTO crisis, following the US quitting the Paris climate agreement, presents the latest blow by America on the rule-based global order and prosperity. While understanding such blatant American waywardness in bending the rules is rooted in American exceptionalism, pessimists lament the unraveling of an international order that is, on the whole, favorable for development and cooperation despite its many defects and disruptions.

However, the real picture might not be so gloomy after all. Though being the world's only superpower, the US cannot decide everything by itself. Notably, foreseeing the grave danger posed by the Americans to ransack the increasingly feeble WTO, key players in global trade, such as Europe, Japan, and emerging economies including China, are already taking action on two fronts.

First, EU and China have been working together to drive through overall reformation of the WTO. The ambitious joint reform proposals not only provide a temporary workaround for dispute settlement, but also aim to address emerging global trade issues, particularly e-commerce practices. However, this first option seems to have arrived at a dead end as the US has blocked WTO reform effort at the latest General Council meeting.

Second, global traders are already discussing new methodologies as replacement of not only WTO's present dispute settlement process but also the WTO itself. Notable emerging multilateral trade arrangements include RCEP that doesn't involve the US Given current protectionist atmosphere though, less ambitious and more straightforward bilateral or trilateral arrangements may answer the need of the day.

That said, if it's the American decision to go solo, let it be. The global trade can sure survive without active engagement from the US Imperfection is part of life and the global community has to accept the problem created by the US