CIIE a practical measure for China to share new opportunities

Many foreign enterprises are now eager to test water in the Chinese market as the countdown for the first China International Import Expo (CIIE) has started. 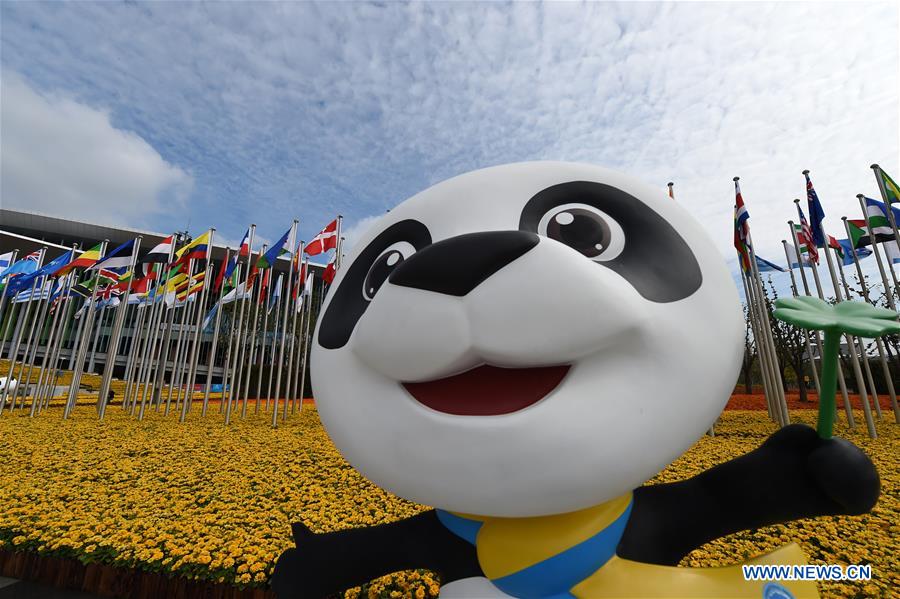 Jinbao, mascot of the first China International Import Expo (CIIE), is seen in front of the National Exhibition and Convention Center (Shanghai), the main venue to hold the CIIE, in Shanghai, east China. The CIIE is scheduled to be held from Nov. 5 to 10 in Shanghai.(Photo: Xinhua)

The UK-headquartered biopharmaceutical enterprise AstraZeneca has meticulously planned the layout of its exhibition booth and brought the most cutting-edge products to the event, waiting for the arrival of the Chinese buyers.

“AstraZeneca is a beneficiary of China’s opening up and import expansion, and it has achieved fruitful results in the alignment between the world’s wisdom and Chinese opportunities,” said Leon Wang, Executive Vice-President of International at AstraZeneca.

He told People’s Daily that the company has introduced over 30 innovative medicines since it entered Chinese market 25 years ago, and China has become the company’s second largest market in the world. The country plays an increasingly vital role in AstraZeneca’s global operation no matter in R&D, production, or business innovation, he added.

China’s efforts to expand import in recent years have helped enterprises from more countries and regions board the express train of China’s development. The country has offered tangible export market, development opportunities and jobs for the global economy, enhancing the spillover effect of economic development.

American multinational conglomerate corporation 3M will debut a series of products during the CIIE, such as the smart car air purifier, the formaldehyde-degradation car floor mat, and children’s PM2.5-filtering mask.

3M has invested a total of over $1 billion in China since establishing an exclusively foreign-owned enterprise in the country in Nov. 1984. It has built 9 production bases, 4 technological centers and 2 R&D centers in China.

An employee of the company told People’s Daily that 3M hopes to showcase its cutting-edge technologies and innovative products at the CIIE, and fulfill its commitment to root in China and serve China. “We are confident about China’s future economic development, and are willing to expand investment and business in the country,” the employee added.

“The opening up of Chinese market and the CIIE will boost the economic and trade exchanges among countries and promote growth of global trade and world economy,” noted Bosch Home Appliances (BHA). An employee of the German company told People’s Daily that the BHA would firmly support the opening up of Chinese market and trade facilitation, and keep enhancing its capabilities of local production and R&D in China.

Now China enjoys a strong purchasing power in its consumption market thanks to the growth of people’s income and consumption upgrading.

One of every three vehicles sold in the world is bought by Chinese. The per customer transaction of fresh food made by Chinese urban families averaged $15, and each urban household would make 121 such transactions each year.

It is reasonable for China to expand consumption of high-quality products and service import, since it will enrich consumption choices, optimize consumption structure, promote consumption upgrading, and satisfy people’s personalized, diversified and differentiated consumption demands. It is a reflection of China’s people-oriented development philosophy.

China has already lowered tariffs on many products of daily supplies. For instance, wines from Chile and Georgia, which were subjected to a tariff of 14 to 30 percent, can now enter China tariff-free; the tariff on tropical fruits from Association of Southeast Asian Nations such as durians, litchi and pitayas has been reduced to zero from 15 to 30 percent; and the salmons from Iceland have also been exempted from customs duty that stood at 10 to 12 percent.

In addition, the tariff on some of the Swiss watches is now cut by half; the tariff on South Korean fridges and electric cookers has dropped by 40 percent and will be entirely removed in the next few years.

What China is importing is not only products, but also services. China’s policy to open up has accelerated the pace of foreign education, healthcare and finance sectors to enter the Chinese market, thanks to which the Chinese consumers can enjoy high-quality and internationalized services without going abroad.

“It is more important that to expand import not only meets short-term consumption demands, but also has a clear spillover effect on the transformation and upgrading of domestic industries,” said Zhao Ping, director of the international trade research department under the Academy of China Council for the Promotion of International Trade.

The steps to further open up will in turn force domestic service providers to upgrade, and finally enhance their supply capacity, Zhao noted, adding that it is a situation that all the Chinese consumers would like to see.