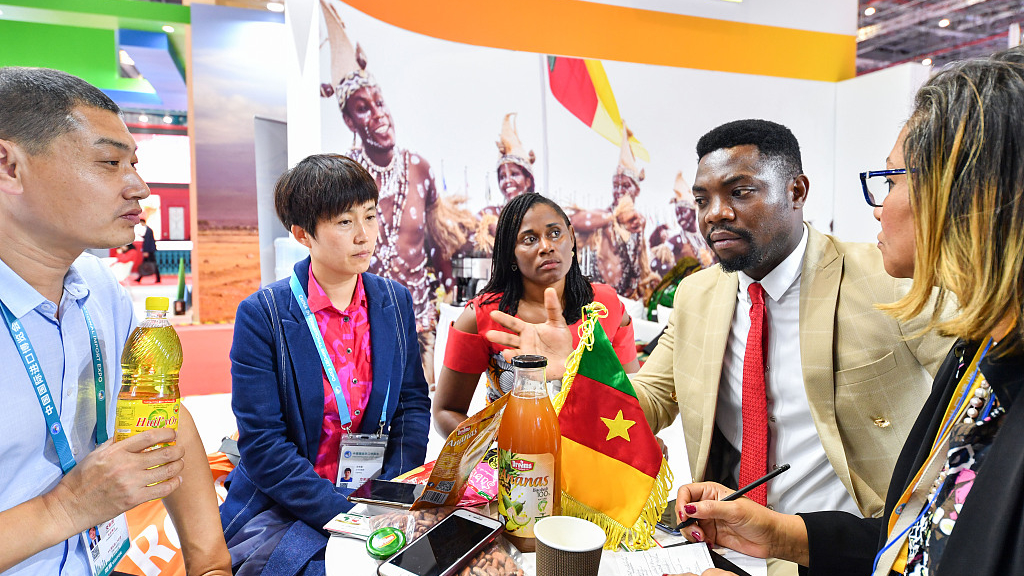 China has been the largest trading partner of Africa for 10 successive years and the trade figures have been remarkable. For instance, according to the China Ministry of Commerce, in 2018, trade volume between China and Africa amounted to 204.2 billion US dollars, up 20 percent year-in-year. In comparison, in the same 2018, Africa-US trade shrank to 61 billion US dollars, barely 45 percent of its 2008 value.

However, the China-Africa bilateral trade relationship also suffers from the trade imbalance issue as Africa has been consistently running trade deficits with China. And while it imports huge quantities of manufactured goods, machinery and electronics from China, the continent's exports to the country mostly consist of minerals and metals.

CIIE has presented a better opportunity to redress the issue as it gives Africa opportunities to start exporting both raw materials and finished products to China and this is the essence of the win-win outcome that today's international trade system needs.

With this guaranteed market that has been provided for African valued-added product via CIIE, African government can use this opportunity to "restart the clock" and reintroduce the African economy towards significant investment and exports, not just for minerals and natural resources but for finished products that are sustainable in creating wealth and reducing poverty for African nations.

There is numerous potential in Africa markets, as seen in the entrepreneurial activities of some African nations. Currently, numerous African nations such as Kenya, Ethiopia, Rwanda, Cote-D'Ivoire, Senegal and Ghana which represent some of Africa's fastest growing economies are beginning to emerge as entrepreneurial hot spots, boasting numerous economic activities and an emerging group of the middle class.

For expansion in African markets, Chinese firms need to better realize and understand the way of doing business in Africa. CIIE has been a great mechanism for Chinese and African entrepreneurs to spread dividends of free trade, get to know each other's practices, habits, needs, expectations, build up an understanding of each other and find ways to do business together.

This is because existing situations have seen an increase in private Chinese and African folks trading places between the regions with the purpose of putting down roots in their respective nations. Though this is not working well with the trend of globalization and has also lead to tension that arises from lack of knowledge of both parties, also racial confrontation and the scramble for economic opportunities. Opportunities like the ones provided at the CIIE should be used to signal China's good intentions as it relates to the continent of Africa.

Since the start of the trade tension between China and the United States, the continent of Africa's non-traditional exports such as tobacco, nuts, beef, and fresh fruit have improved. The improvement will help diversify the continent's agricultural exports, create market identity, surge hard currency earnings and penetration of African products into the Chinese market.

Recent estimates from Trademap cited from David Monyae's report shows that beef exports to China from the Southern African Development Community had improved by 240 percent. If Africa products such as meat can be exported continually to the Chinese market the proceeds can be used to invest in land, climate change and hydro technology. CIIE will have a long-lasting legacy if it emphasizes this aspect.

The bottom line is that Africa needs China, and China needs Africa. China's investment, trade, placing itself at the infrastructural vanguard of the new frontier, foreign aid, loans, and grants play a huge role in developing the continent to boast seven of the 20 fastest growing economies globally in 2017, according to the International Monetary Fund. But in the long-term, Africa must engage with China in a more integrated manner, pushing for a fairer and more balanced trade, and above all for more local-value addition.