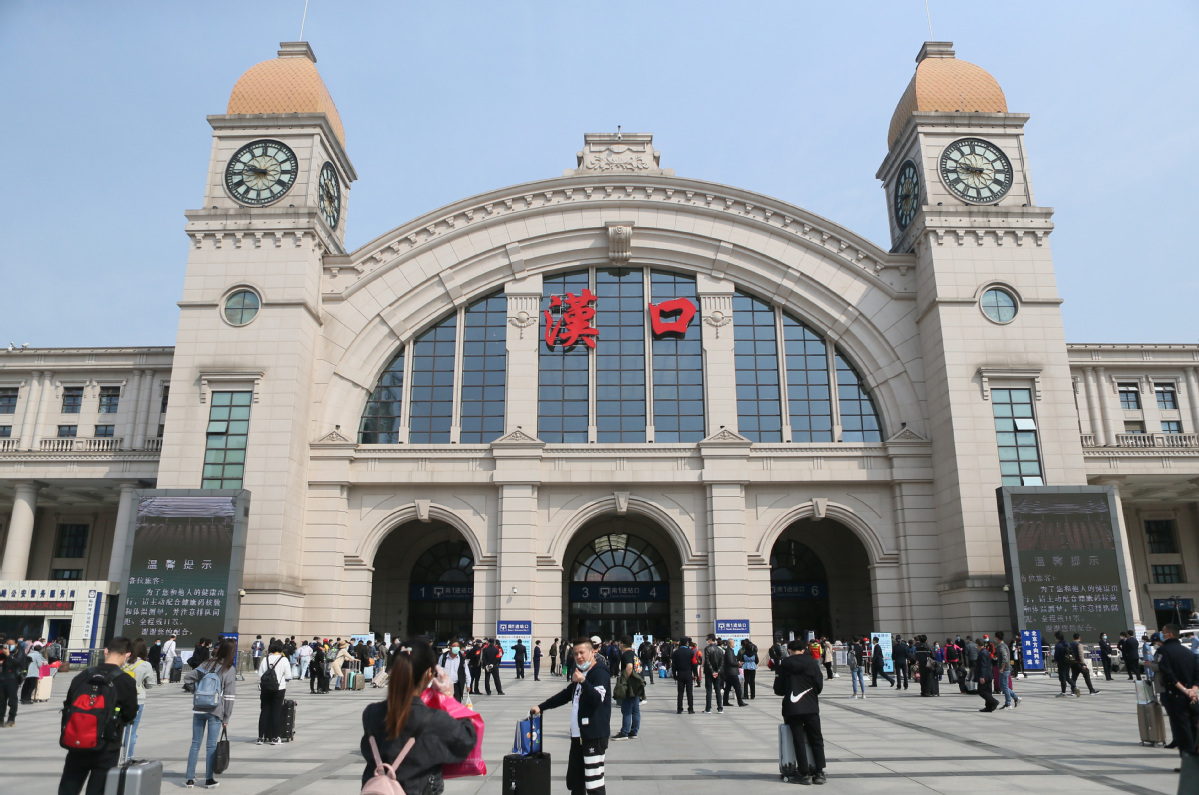 With Wuhan being a national logistics, industry, innovation and education center, and a key part of the Yangtze River Economic Belt, the lifting of the lockdown on the city on Wednesday should bolster confidence that the country's logistics and industrial networks can now get going again; which endows the city's re-emergence after its enforced isolation from the nation with a significance far beyond its own inhabitants' sense of relief.

Although the city had already fired up its engines before Wednesday — as of Saturday, 97.2 percent of the 2,853 large-scale industrial enterprises in Wuhan had resumed production — the removal of the cordon sanitaire that had isolated it from the rest of the nation means the eighth-largest city economy in the country — with a gross domestic product of 1.62 trillion yuan ($229.4 billion) last year, equal to that of New Zealand — can reassume its position on China's economic map.

It is not surprising therefore that Wuhan showing its face again after its solitary confinement — although it was never left to fend for itself, since it received support from all over the country — has raised sanguinity about the prospects for the national economy, whose recovery momentum has become increasingly evident.

According to the National Bureau of Statistics, the country's purchasing managers index, an indicator of the manufacturing industry's vigor, rose to 52 percent last month, up 16.3 percentage points from February, with 98.6 percent of large-scale enterprises nationwide having resumed operations, and 89.9 percent of their workers having returned to their posts.

Policymakers must now keep an eye on the fast changing situation at home and abroad, and apply what they have assimilated from the measures implemented in the city to balance the prevention and control work with policies aimed at reinvigorating the national economy. In particular, that means extending a helping hand to the small and medium-sized businesses and disadvantaged groups that have been most affected by the quarantine measures aimed at cutting the transmission chain.

If Wuhan's return to the fold has raised hopes that this crucial epidemic control goal has been achieved, there is now the potentially double-edged priority of safeguarding that achievement while re-energizing normal economic activities as much as possible.

Among all the major economies, China now boasts the most favorable conditions to reboot its economy after the compelled power-off. But neither the bailout funds pledged by local governments nor the favorable policies they have rolled out should serve the narrow ends of some overcapacity industries.

Policymakers must ensure the support is given to those in need and to advance innovation, while at the same time remaining vigilant to the swelling of local government debt.

Still it is now time to paint a silver lining on what has been a very dark cloud by ensuring there is an upside to the cataclysm: The opportunity must be seized to promote economic upgrading and governance modernization.