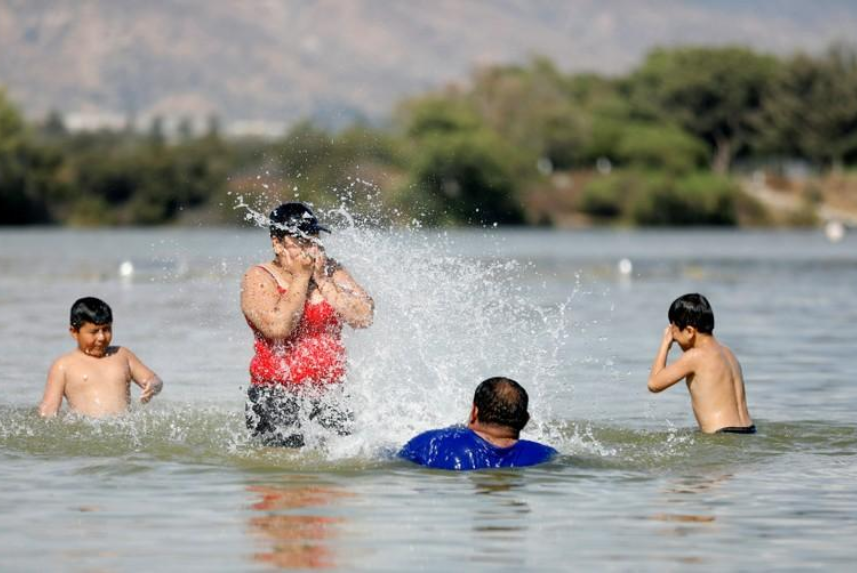 A family cools off in the water during a heatwave at Santa Fe Dam Recreation Area in Irwindale, California, U.S., August 31, 2017. Photo: REUTERS/Mario Anzuoni/File Photo

Climate change has caused severe harm to human health since the year 2000 by stoking more heat waves, the spread of some mosquito-borne diseases and under-nutrition as crops fail, scientists said on Tuesday.

Scant action to slow global warming over the past 25 years has jeopardized “human life and livelihoods”, they wrote in a report published in The Lancet, a British medical journal.

“The human symptoms of climate change are unequivocal and potentially irreversible,” said the report, entitled Lancet Countdown and drawn up by 24 groups, including universities, the World Bank and the World Health Organization (WHO).

Many governments are now trying to cut their greenhouse gas emissions under the 2015 Paris climate agreement, though U.S. President Donald Trump has weakened the pact by saying the United States, the world’s second biggest greenhouse gas polluter after China, will pull out.

“This (report) is a huge wake-up call,” Christiana Figueres, chair of the Lancet Countdown’s high-level advisory board and the United Nations’ climate chief at the Paris summit, told Reuters. “The impacts of climate change are here and now.”

Among its findings, the report said an additional 125 million vulnerable people had been exposed to heat waves each year from 2000 to 2016, with the elderly especially at risk.

Labor productivity among farm workers fell by 5.3 percent since the year 2000, mainly because sweltering conditions sapped the strength of workers in nations from India to Brazil.

The report, based on 40 indicators of climate and health, said climate change seemed to be making it easier for mosquitoes to spread dengue fever, which infects up to 100 million people a year.

“Undernutrition is identified as the largest health impact of climate change in the 21st century,” the report added. 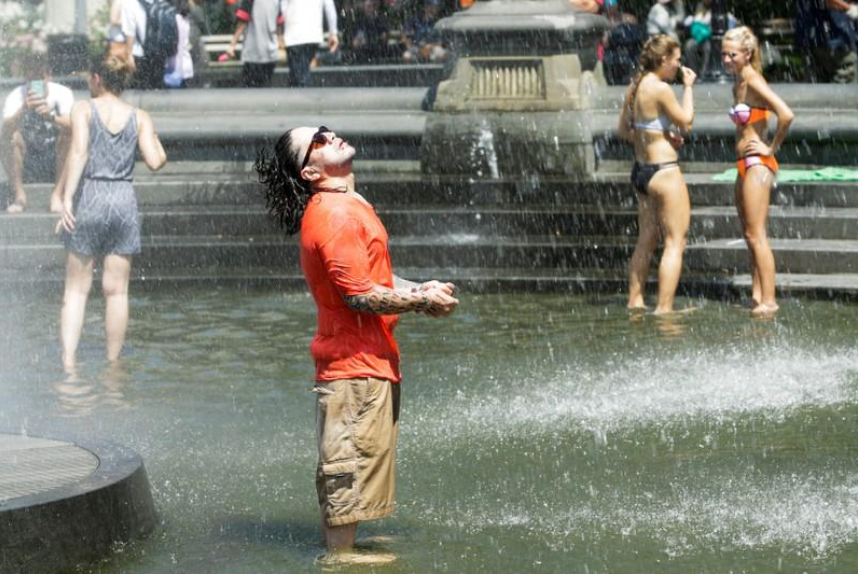 People cool off themselves on a fountain during a heat wave called "Heat Dome" in the Manhattan borough of New York, U.S., July 23, 2016. Photo: REUTERS/Eduardo Munoz

But despite the overall gloom, Anthony Costello, a director at WHO and co-chair of the Lancet Countdown study, said there were “significant glimmers of hope” in the situation.

The number of weather-related disasters such as hurricanes and floods rose 46 percent since 2000, but the number of deaths remained stable, suggesting that societies were improving protection measures against environmental catastrophes.

Almost 200 nations will meet in Bonn, Germany, from Nov. 6-17 to work on a “rule book” for the 2015 Paris climate agreement for shifting from fossil fuels.

The Lancet Countdown study did not estimate the total number of deaths from climate change. The WHO has previously estimated there could be 250,000 extra deaths a year between 2030 and 2050 because of climate change.

Nick Watts, executive director of the Lancet Countdown, said there could be a few benefits from warmer temperatures, such as fewer deaths from winter cold in nations from Russia to Canada.

“But those numbers are ... almost negligible,” he said compared to the overall harm from global warming.

The Lancet study also said that the air in 87 percent of all cities, home to billions of people, exceeded pollution guidelines set by the WHO. Fossil fuels release both toxins and heat-trapping carbon dioxide when burnt.

Johan Rockstrom, director of the Stockholm Resilience Centre and who was not involved in the Lancet study, said the report could bolster efforts to limit pollution in cities from Beijing to Mexico City.

“Air pollution is in a way an old issue,” he said, referring to decades of efforts to limit smog. “But it’s potentially coming to the forefront again as the most rapid vehicle to get action on climate change.”