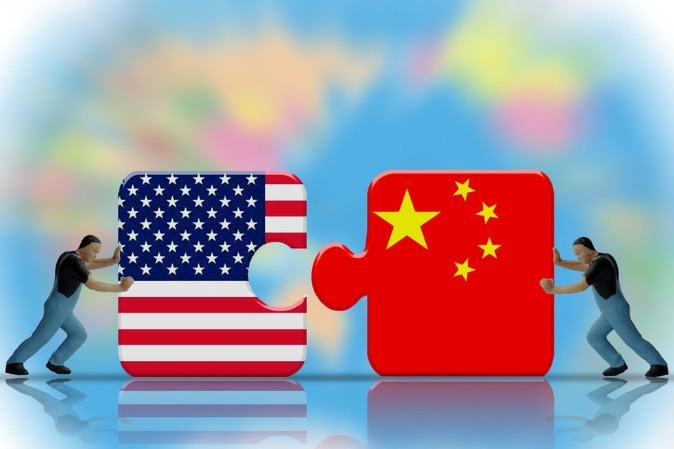 Sino-US relations are at a historic low. Although the Joe Biden administration's China policy is different from the confrontationist policy of the previous administration, there are no signs of improvement in bilateral ties.

First, China and the United States share the same "climate values", and therefore can base their discussions on them to resume cooperation. The Biden administration has vowed to put climate change at the core of the US diplomatic and security strategy, in a bid to restore the US' global leadership on climate issues, and help develop global society.

And since China's goal is to develop into a great modern socialist country that is prosperous, strong, democratic, culturally advanced, harmonious and beautiful by 2050, and help build a community with a shared future for humankind, it has been paying greater attention to climate issues and playing a leading role in the global fight against climate change. Climate change poses a threat to both the US and China, so they should use it to resume their climate cooperation.

Second, Sino-US cooperation on climate will not only promote global climate governance, but also help the two sides achieve their respective climate goals. The US and China are the world's two largest economies, and also major greenhouse gas emitters. And since their combined carbon dioxide emissions account for more than 40 percent of the world's total, their actions will determine the success of the global climate fight.

Third, China-US climate cooperation will transcend many other issues. If they allow the deterioration of bilateral ties to ruin the potential for climate cooperation, or let trade and economic conflicts pollute bilateral climate diplomacy, they will face the tragic reality of increasing conflicts and mutual harm.

Even at the not-so-friendly Sino-US dialogue in Anchorage, Alaska, last month, Chinese officials repeatedly said the two sides could and should cooperate on climate actions.

So what should be done to promote Sino-US climate cooperation?

To begin with, the two sides should increase communication on climate-related issues at different levels, including between experts, scholars and even businesses, in order to create the right conditions for resumption of climate cooperation.

Also, Beijing and Washington should jointly promote global climate governance. The US and China have vowed to achieve carbon neutrality by 2050 and before 2060 respectively. But if they cooperate and share information to achieve their respective carbon neutrality goals, they can attract more countries to join the global mission of reducing carbon emissions.

The European Union, which has played a leading and exemplary role in the global climate movement, has expressed its willingness to work with China and the US to mitigate climate change. And cooperation among the three sides can facilitate the implementation of the Paris Agreement and help build a sound global climate governance mechanism.

Since climate change is also a development issue, it will involve fields such as economy and trade, investment, finance, science and technology. So if Beijing and Washington could engage in healthy competition and active cooperation on climate, they could find ways to resolve other bilateral issues too.

Third, there is huge room for cooperation in fields such as climate education, which the provincial－and local-level governments in the two countries could use to restart exchanges and cooperation on climate. Incidentally, John Kerry, US President Biden's special climate envoy, has said that one of the important aspects of devising a climate policy and action is climate education. So the two sides should resume joint endeavors on climate education to promote Sino-US climate cooperation.

There is enough room for Sino-US cooperation in other areas too, such as transportation, because the world needs to transform the global vehicle fleet at least at twice the current speed to achieve zero emission from vehicles by 2040.

And the best way to do so is to encourage the use of zero-emission vehicles by, among other things, reducing the cost of such vehicles. China and the US have great potential for cooperation in this field, not least because they have the highest numbers of vehicles in the world and China is the leading manufacturer and consumer of electric vehicles.

The two countries have accumulated rich experiences and comparative advantages in coping with climate change. If they can make up for each other's strengths and weaknesses, they will not only help each other achieve their respective climate goals but also boost the global fight against climate change.