CNN is accused of Chinese propaganda again, this time for vaccination rate report 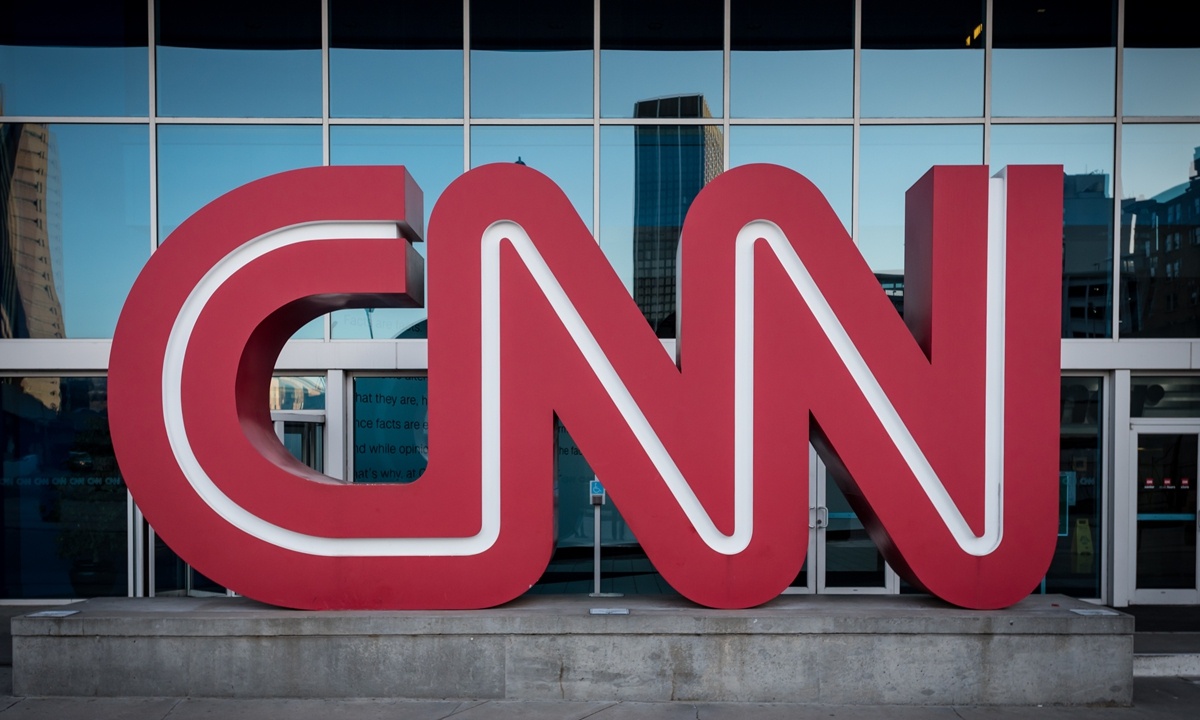 More than 1 billion doses of COVID-19 vaccines had been administered in China by Saturday, according to daily updates by China's National Health Commission (NHC). And on Friday, CNN published an article entitled, "China's about to administer its billionth coronavirus shot. Yes, you read that right." The CNN report also quoted data from NHC to describe the "unrivaled" scale and speed of China's COVID-19 vaccination.

The report has annoyed many US media outlets, elites and politicians after it came out. For example, Fox News took the lead in quoting NewsBusters news analyst Nicholas Fondacaro to dub it as the "China News Network," criticizing that CNN was "pumping out the propaganda" for the Communist Party of China.

It seems that in the full swing of ideological struggle that Washington has launched against China, US elites won't tolerate any information that might harm US fragile morale and unity.

In fact, this is not the first time that CNN was labeled China's propaganda by US domestic audience. In April 2020, CNN was accused of "literally publishing Chinese propaganda" after it quoted a Global Times report and said the Chinese People's Liberation Army Navy was controlling coronavirus.

CNN just described China in a relatively objective way in this report. Now the USA, however, is dubbed "United Smearing Association" by some Chinese netizens - in discrediting China and the Party. In fact, the American propaganda machine has been fully activated and no objective report of China is tolerated. In some American elites' opinion, if a media outlet is not completely anti-China, then it is not anti-China at all.

Under such circumstances, the US public opinion environment and the US media are becoming more and more extreme. What they cannot accept is the relatively objective descriptions of China because this is "bowing to China."

This paranoid logic is hysterical. It sounds like that anyone who says "good things" about China is their enemy and anyone who follows to discredit China is a friend. The US' public opinion environment has been degraded into a frenzy or carnival full of anti-China fanatics.

Compared with US media outlets, the Chinese media are objective about the vaccination rate in the US, and there are many examples of positive coverage of vaccination in the US. For example, Xinhua News Agency reported on Wednesday that "as the coverage rate of COVID-19 vaccine continues to increase in the US, both the incidence and mortality rates of COVID-19 have dropped significantly. At the current pace of vaccination, 67 to 68 percent of US adults could have been vaccinated by July 4."

Besides, there are also Chinese media reports that describe in detail about the US' incentive measures to increase the vaccination rate. One said, "The US government has introduced many measures including requiring pharmacies to start walk-in vaccination appointments, set up temporary vaccination sites, distribute more doses of vaccine to rural health clinics, etc… In order to resume full-scale commercial activities as soon as possible, US state governments are very keen to increase the vaccination rate."

Can anyone imagine similar reports being published in US press regarding China's vaccination program? Facing these objective reports in the US, Chinese public opinion did not label it as "fake news" just because the data and examples in the report come from the US government agencies. Nor did Chinese people claim that "Chinese media is bowing to the US." Most Chinese people can objectively understand that the US' COVID-19 vaccination rate is higher than that of China, and Chinese people view this calmly because this is due to the huge difference in the two countries' population.

From politicians to elites and to media, US public opinions about China have become conforming and extreme. US media outlets, in order to cater to the current environment in Washington, have scrambled to display their toughness against China. "Washington needs to use media to promote a tough attitude toward China among society and to form a whole-of-government China policy. Therefore, it can hardly tolerate any objective reports on China, and any of objective and positive reports on China will be called 'kowtow to China,''' Sun Chenghao, an assistant research professor at the Institute of American Studies, China Institutes of Contemporary International Relations, told the Global Times.

China has been able to view American society in an objective and confident manner. But at this time, the US has prioritized a sharp political stance to view China in a negative light. US media reports about China aim to serve the government's stance against China.