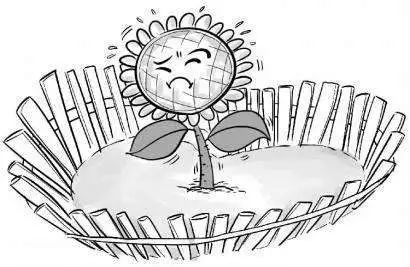 The RYB Kindergarten, which is reportedly the first Chinese preschool education group that went public in the New York Stock Exchange, was firstly involved in child abuse scandal in last April. This time, teachers at the kindergarten are alleged to stick needles and feed “white pills” to the kids who didn’t obey or went to sleep as required.

In China, most of the day care centers and kindergartens are trustworthy because they are under regulations and scientific management. However, a number of child abuse scandals in Shanghai, Guangxi and Beijing have sparked outrage and concerns among parents. Special attentions should be given to the issue and the root causes should be eradicated as soon as possible. 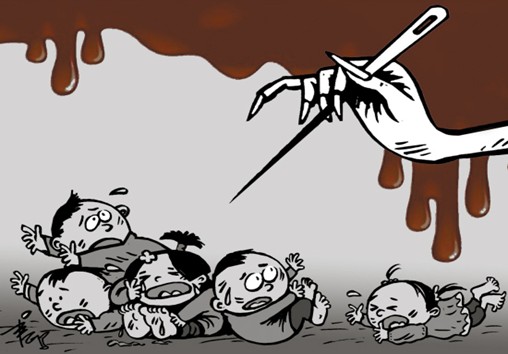 Cartoon: A teacher sticks a needle into children. Photo: news.cnwest.com

Any mistreatment to children is immoral and illegal. Children in China are protected by the Law on the Protection of Minors and the Criminal Law, but the lack of detailed enforcement regulations leads to failure of protecting children from hurts. Illegal acts toward children shall be severely punished according to the law, and the laws should be followed by strict enforcement.

Compared with kindergartens in some developed countries, there are more day care centers in China that have been operating with loose oversight due to lack of efficient regulations or industry standards.

With the increasing demand, many private kindergartens and preschool institutions can easily apply for a registration. Meanwhile, the government is shorthanded to supervise every facility in an efficient way. Under this circumstance, regulatory defects always leave children vulnerable to the abuse of mistreatment. Therefore, stronger supervision from related departments are needed to eradicate child abuse. 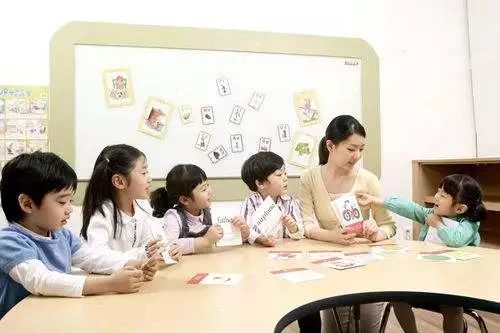 A tutor is teaching kids how to match the item and its name. Photo: People's Daily

Besides, the scandals shed light on the urgent need of children, parents and teachers to know how to prevent abuse and sexual assaults. Children have to know how to deal with it when they are mistreated, and teachers should be fully aware of the severe results of abusing children. Moreover, more money is needed to guarantee a full-scale surveillance in facilities so that whatever happens there can be monitored by closed-circuit TVs and shared by parents.

Quality kindergarten teachers and a well-developed training system also play a key role. On one hand, child abuse suspects should be severely punished as a warning to others. On the other hand, preschool practitioners have the right to enjoy a better treatment on remuneration and training. The establishment of compensation mechanism and evaluation system is necessary to help kindergarten teachers enhance their social status so as to provide a safe and nurturing environment for kids.

As mentioned in the 19th CPC National Congress report, the well-being of the people is the fundamental goal of development. China should make steady progress in the provision of childcare, education, employment, medical services, elderly care, housing and social assistance. The childcare comes first as children are the future of the country, which should start from now on.