ABUJA, Jan. 3 (Xinhua) -- Chinese Foreign Minister Wang Yi is in Africa on a visit on Jan. 2-6, continuing a 29-year tradition of making Africa the first international trip by him and his predecessors in a new year. 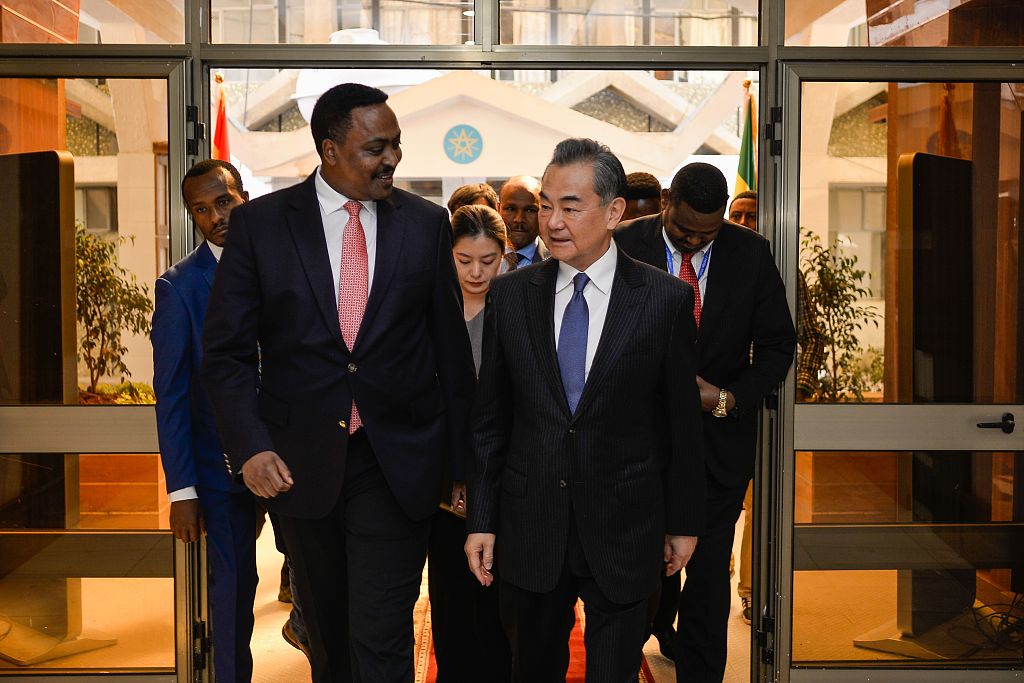 The move reiterates the importance China has attached to its relations with Africa and to South-South cooperation and reaffirms China's commitment to common development and prosperity.

During his four-country tour, Wang, who is also Chinese State Councilor, will discuss with African leaders how to step up implementation of the action plan adopted at the Forum on China-Africa Cooperation (FOCAC) Beijing Summit in September 2018.

China is proven to be a true friend and cooperation partner of Africa based on the principles of sincerity, real results, amity and good faith.

China respects the choice of the African people to pursue their own development paths and has never imposed "prescriptions." And when faced with challenges and problems, China seeks solutions in an open and honest way and through consultations with its African counterparts.

A friend in need is a friend indeed. China is ready to help when it is in true need for Africa. For decades in a row, China has sent medical teams to help Africans fight epidemics while dispatching agricultural experts and providing financial and technical support for infrastructure transformation and poverty reduction.

Notably, China was among the first to offer assistance as Ebola wreaked havoc in West Africa and great famine hit East Africa.

The $60 billion in funds China pledged at the 2015 FOCAC Johannesburg Summit has been either delivered or arranged, and the 10 cooperation programs have brought huge benefits to local people.

With the extension of highway and railway networks and the building of airport terminals, sea ports and industrial parks across Africa in recent years, the continent's interconnectivity has been boosted and its industrial capacity unlocked.

In people-to-people exchanges, Chinese medical teams, cultural centers and the Confucius Institutes have served as major platforms for communication to enhance mutual understanding. In addition, Chinese films and TV series were introduced into Africa and entertained locals.

The initiatives are expected to usher in a new stage of China-Africa cooperation in the next three years and beyond, as part of the efforts to build a community with a shared future for mankind.