Known as the Gold Coast and home of cocoa, Ghana, a country in the north of West Africa’s Gulf of Guinea, attracts wide attention from Africa and the world for its unique scenery, rich resources, hospitable people and diverse culture. 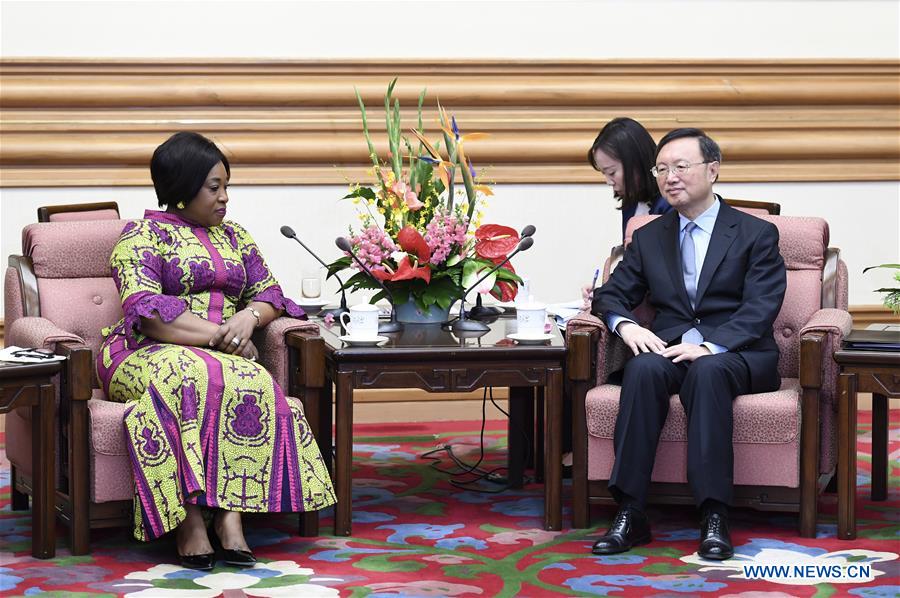 Yang Jiechi (R), a member of the Political Bureau of the Communist Party of China (CPC) Central Committee and director of the Office of the Foreign Affairs Commission of the CPC Central Committee, meets with Ghana's Foreign Minister Shirley Ayorkor Botchwey in Beijing, capital of China, June 12, 2018. (Photo: Xinhua)

In addition, Chinese enterprises in Ghana are also actively fulfilling their social responsibilities and creating substantial job opportunities for the local community, winning high reputation from the Ghanaian government and people.

Besides, Chinese language is now trendy in Ghana. I’ve encountered a number of Ghanaian young people who can speak good Chinese in the past three months since I worked in the country. I sensed their admiration and aspiration toward China, through which I can feel that amity between the people holds the key to state-to-state relations.

Statistics show that there are currently more than 6,500 young Ghanaians studying in China, and the number ranks the first among all African countries for four consecutive years.

A student from the University of Ghana named Duncan Bubune Yaw Acorlor who participated in the Chinese Bridge, the global Chinese proficiency and Chinese culture talent competition for university students, won the Second Prize, and the Best Online Popularity Award for his outstanding performance.

I give my thumbs up to him, and also expect more Ghanaian youths to learn Chinese, know more about China, and work with Chinese young people to be the pioneers in the new era.

President Akufo-Addo will attend the upcoming Beijing Summit of the Forum on China-Africa Cooperation (FOCAC) this September and pay a state visit to China. Leaders of the two countries are expected to exchange in-depth views and jointly map out the future of China-Ghana relations.

I believe that his visit will further enhance mutual understanding and friendship between the two heads of state, and promote bilateral ties and pragmatic cooperation in various fields. It will also benefit the people of both countries and make new contribution to the construction of a China-Africa community of shared future.