The first China International Import Expo (CIIE) is scheduled from Nov. 5 to 10 in Shanghai. On the eve of the expo, the People’s Daily published an article under the byline of “Guo Jiping”, expounding on China’s sincerity to promote win-win cooperation through the expo. Its excerpts are read as follows. 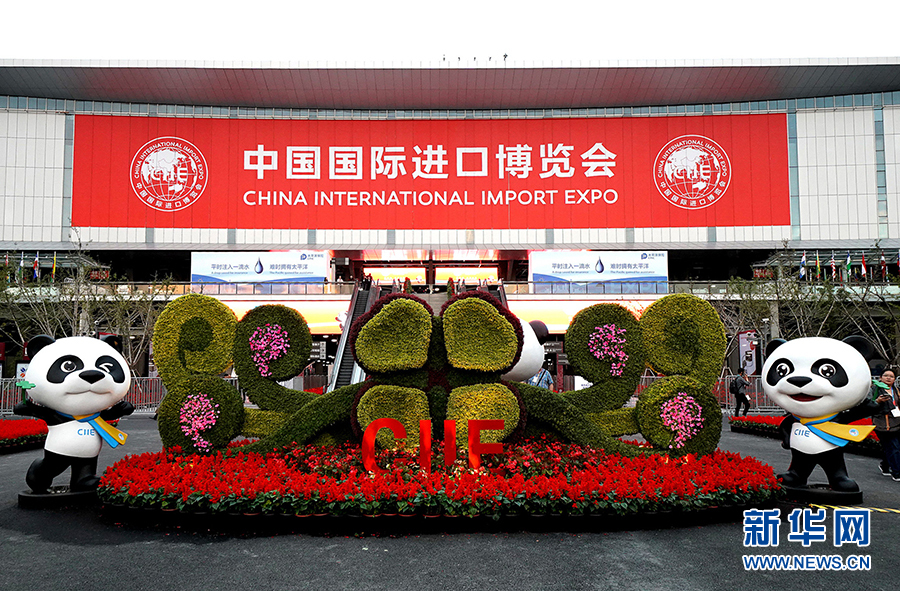 The first CIIE will undoubtedly bring remarkable benefits to the world. The current economic globalization is faced with a series of new challenges, and more uncertainties and instabilities have been brought to it amid rising unilateralism and protectionism.

In the face of such complex situation, China acts proactively by sharing its development opportunities with the world, and supporting other countries to board the express train of its development. It shows China's responsibility as a great nation.

Four decades ago, China’s GDP per capita was $156, less than one third of the average of African countries south of the Sahara at $490, according to World Bank standards.

Now, China has become the world’s second largest economy, largest trader of commodities and largest holder of foreign reserves. Its foreign trade volume grows by 14.5 percent annually in US dollars.

Over the past 40 years, more than 700 million Chinese people have shaken off poverty, accounting for over 70 percent of global poverty reduction in the same period. The Chinese people have walked out of shortages to affluence and from poverty to moderate prosperity.

Different from the one merely relying on exports, the Chinese economy is now driven by both exports and imports. It is a natural step toward a big country in economics and trade.

This change takes places as China integrates into the world more deeply. China participates in the effective allocation of global resources, which has helped production factors circulate in an orderly manner.

The country also promotes deep integration of the global market, which has provided a better supply system for itself. China’s benign interaction with other countries makes it gain more from global trade.

A country’s opening should never just benefit itself. It is the common expectation of people of the world that the dividends of economic globalization are shared by different countries, social strata and groups of people.

Through the CIIE, China will not only serve its own demand for development, but also build a public platform to boost global trade, thus helping pull economic globalization out of the wood. The CIIE benefits both China and the world.

Chinese authorities expect that the country will import goods worth $24 trillion in the next 15 years. The huge Chinese market provides great potential for the world.

At the CIIE, Japanese, German and 69 French enterprises will have 15,000, 31,000 and 5,000 square meters of exhibition areas respectively, to showcase their products. In addition, 180 Internet, auto, home appliance, manufacturing and agriculture companies from the US have signed up for the CIIE.

About 3,000 companies will attend the event, including 200 Fortune 500 companies and leading companies. Twenty firms even have confirmed their participation in the 2019 CIIE.

China has exempted the least developed countries from paying exhibition stand fees, in an effort to help them integrate into the global value chain and share the benefits of economic globalization with them.

The CIIE is on an unprecedented scale. Different from other exhibitions, it sends a clear signal that China opposes protectionism and builds and safeguards an open global economy. It showcases China’s consistent stance on supporting a multilateral trade system, and developing free trade. Additionally, it expels the cloud of anti-globalization featured by trade protectionism.

The CIIE is expected and believed to inject strong positive power into economic globalization.