OPINIONS Commentary: Civilizations are not destined to clash

Commentary: Civilizations are not destined to clash 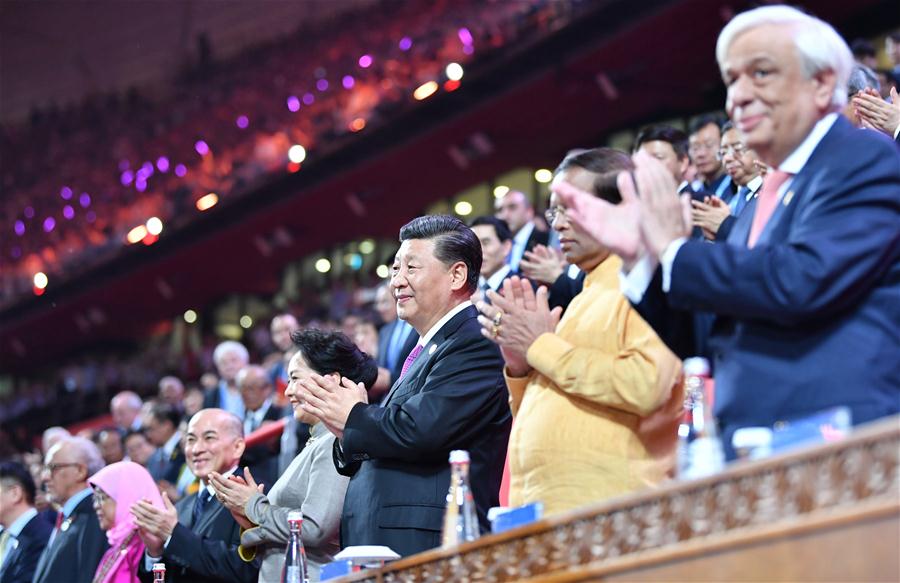 Chinese President Xi Jinping and his wife Peng Liyuan attend the Asian culture carnival, a major event of the ongoing Conference on Dialogue of Asian Civilizations, together with foreign guests at the National Stadium in Beijing, capital of China, on May 15, 2019. (Photo: Xinhua)

BEIJING, May 15 (Xinhua) -- Civilizations are not destined to clash. Rather, they can co-exist in harmony.

Conflict is usually born out of people's inability to appreciate the beauty of differences. Some Western politicians who have a hard time believing this may look for help from Asian wisdom.

The idea that various civilizations can live in harmony is a point repeatedly stressed at the ongoing Conference on Dialogue of Asian Civilizations.

At its opening ceremony on Wednesday, Chinese President Xi Jinping called for discarding arrogance and prejudice, deepening the understanding of differences in civilizations, and advancing inter-civilizational exchanges and dialogue.

That is the recipe for the peaceful co-existence of civilizations.

The Chinese, for example, have long come to appreciate the wisdom of "harmony without uniformity."

Throughout its long history, China has welcomed the entry of ancient Greek and Roman civilizations and Mediterranean civilization, as well as Buddhism, Islam and Christianity. They were sinicized and blended into Chinese civilization. No clash of civilizations or religious wars broke out.

That proves the "clash of civilizations" argument is unfounded.

Asia has witnessed many ancient civilizations appear and thrive over the past millennia. Today, the continent still proudly maintains its distinct diversity and nurtures all civilizations, ethnic groups and religions within a big Asian family. Asian countries are widely expected to continue to respect and trust each other, increase exchanges, and jointly maintain peace.

Recognizing differences does not prevent a country from living peacefully with others. Civilizations are not destined to clash, but they are destined to swim or sink together as all are members of the same global village.