In a stunning turn of events, California voters are now considering a plan to split their state into three smaller states – known as Northern California, California, and Southern California. While the idea of splitting one of the US’ most prosperous states to create an additional two seems like a progressive idea, the end result will likely create some major problems in terms of infrastructure, the economy, and politics.

The idea is being touted by Tim Draper, a Silicon Valley venture capitalist, as a way to improve the state’s infrastructure, education department, and tax rates. If the plan succeeds, it will be the first division of a US state since the creation of West Virginia in 1863. 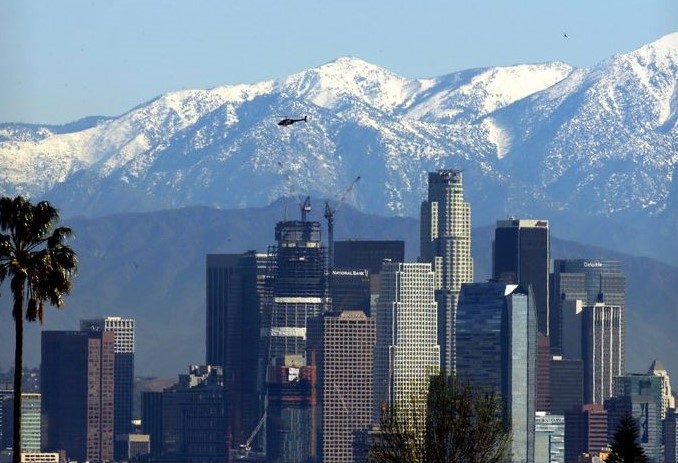 In this Jan. 12, 2016 file photo, the snow-capped San Gabriel Mountains stand as a backdrop to the downtown Los Angeles skyline. An initiative that seeks to split California into three states is projected to qualify for the state’s November 2018 ballot. The latest proposal for splitting up the Golden State would create the states of Northern California, Southern California, and a narrow central coast strip retaining the name California. Even if voters approve the initiative an actual split would still require the approval of the state Legislature and Congress. (File photo: AP)

Once the state is split, these entities will need to be renegotiated and organized under new state laws, while some could even be eliminated completely. Furthermore, college students could also be hurt in the split, since some would be subjected to out-of-state tuition rates if they were from Riverside and decided to go to USC.

If these agencies are split, changed, or even eliminated: it will invariably disrupt California’s status quo. California’s population is too large (the largest in the US according to the US Census) and these agencies serve too many people. So, any change to the state’s infrastructure would have major consequences that would affect every facet of its citizen’s lives.

According to the Sacramento Bee, the most daunting task would be the discussion on how to divide the state’s water supply. California’s network for storing, allocating, and delivering water is more than a century old and has allocated billions of dollars to ensure its functionality. If the state splits, Northern California, which hosts the bulk of the state’s water reservoirs, would be serving two different states, as opposed to just various cities. If the proposed Northern California decides to withhold its water supply to the other Californias or make changes to its allocations – lawsuits will happen and California’s residents will suffer. 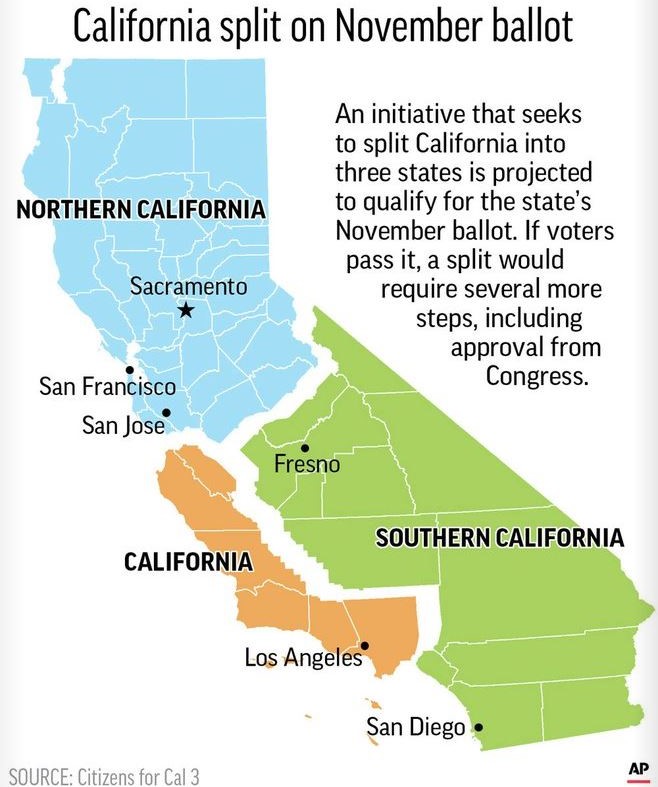 The reason that California is so prosperous is because of the accumulation of its wealth across a large number of sectors, such as technology, agriculture, and film. However, splitting up the state would be akin to severing someone’s arms because their whole body is healthy. According to the US Department of Commerce in May, California’s GDP from 2017 was $2.7 trillion – making it the wealthiest state in the nation. If California were a country – it would be the fifth largest economy in the world; which is higher than the United Kingdom.

The proposed split is an uneven balance for the planned Southern California state, which will lose out on money that funds the state budget from Silicon Valley and Hollywood. Without money from the booming Bay Area and Los Angeles, Southern California’s budget would dwindle and wreak havoc on government programs and amenities. Its easy to see that the split divides the state’s most prosperous areas away from its rural ones.

Finally, the climate of politics would be heavily affected by this split. Right now, California has two seats in the 100-person US Senate, but a split would mean the three states would now have six seats in a 104-person senate. That would dilute the power of other states and increase California’s influence – if all six senators could agree on various issues.

Furthermore, the split could affect the state’s Democratic stance in the Electoral College – giving Republicans a chance to capture one of the proposed states and upset the state’s nationwide influence on topics like the presidential election.

Draper said that California is unmanageable and that the split would give its citizens better infrastructure, better education, and lower taxes. Yet Draper is ignoring that California already has the largest GDP in the nation and ranks a fourth in terms of higher education in the nation. While the state is not without its problems in Pre-k – 12 education, how much better will this get if California is split? It would seem that some of California’s problems could possibly be alleviated, but it would create an excess of new problems to deal with.

The bottom line is that this proposed split would create a major problem of inequality. More than 400,000 people’s signatures were collected to have this item on the ballot in November, but that small number is just 1 percent of California’s total population of 39 million people. So, Californians need to ask themselves: are you really willing to ruin your state’s prosperity based on a shaky plan?