OPINIONS Commentary: Making plagiarism 'a rat on the street’

Commentary: Making plagiarism 'a rat on the street’ 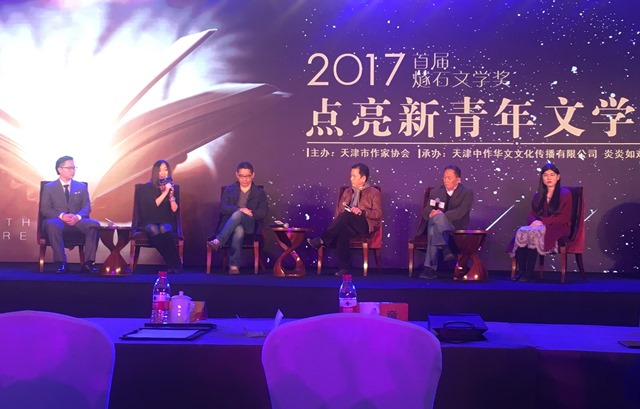 The Internet has proven to be a double-edged sword with regard to plagiarism. Some people rise to fame in the blink of eye, while others may lose their face overnight.

Organizers said the award is to remind writers and the public in a humorous way the importance of originality and innovation in online literature, and how shameful it is to plagiarize.

Not surprisingly, many Chinese netizens compared the prize to the US Golden Raspberry Award for the worst films of the year. More hilariously, the Chinese award even offers prize money to the “winner.”

The white lotus, or bailianhua, is a Chinese Internet buzzword to humiliate those who seem nice and innocent but are actually good at scheming and causing trouble.

The award, which was set up by the first Suishi Literature Award for outstanding Chinese young writers, is to remind online writers who publish popular literary works despite being criticized for plagiarism.

Qin Jian, the author of Princess Weiyoung, was accused of copying more than 200 literary works by an alliance of playwrights, writers and anti-plagiarism crusaders in 2016.

The book was adapted into a TV series in 2016 and received more than 1.76 billion views online 11 days after being released. It bested two other nominated works, including the hit online novel, Sanshengsanshi Shilitaohua (To the Sky Kingdom). Similarly, the online TV series of the latter has been viewed 30 billion times in China since early this year.

Naturally, these popular online literary works, which are oddly called IP (Intellectual Property) in China but have nothing to do with the actual meaning of IP,failed to help their authors’reputations.

To better fight plagiarism, which is considered dishonest and unethical, groups of volunteer readers were organized through Sina Weibo, the Chinese version of Twitter, to gather evidence and expose Qin’s plagiaristic behavior. They said that only 9 of 294 chapters were original.

Likewise, Tang Qi, the author of To the Sky Kingdom, has been under fire since her novel was published online in installments in 2008, as readers claimed the novel’s wording and plots are strikingly similar to another online writer’s work.

However, the debate over online plagiarism and copyright infringement has never stopped since online literature became an important cultural industry in China.

According to a report released by the China Internet Network Information Center in January, there were 297 million online literature readers in China in 2015, accounting for 43.1 percent of all readers and representing a year-on-year growth of 2.89 million.

With a huge audience of more than 710 million online users, Chinese cinema, TV and computer screens have been besieged by IP-adapted works in recent years, which temps more online plagiarism as it takes less effort to copy and paste.

Another reason is insufficient legal support for original works of online writers because Internet plagiarism is only regarded as a serious ethical offense in China. In the West, plagiarism is like a rat running across the street, hated by everyone.

It is a small but practical step against online plagiarism by setting up the special award. Moreover, stricter regulations and further discipline are needed in the tug-of-war of fighting against the Internet disease.