Commentary: No more time for US politicians' repeated racist mistakes 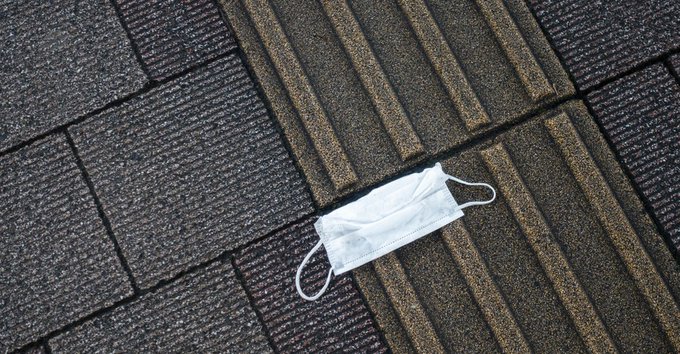 BEIJING, March 19 (Xinhua) -- No one can help those who make mistakes, repeatedly and intentionally.

When some U.S. politicians insist on finding scapegoats to cover up their own incompetence in responding to COVID-19, the threat to public health will only worsen.

Faced with domestic criticism and deepened public fears, some White House politicians sharpened their rhetoric against China this week, referring to the widespread coronavirus as the "Chinese virus," "Wuhan virus," or the "kung-flu," blaming China for the epidemic, and arousing virus-related hatred.

But putting the blame on China is not an easy or quick way out of the twin health and economic crises faced by the U.S. administration. The tactic can only hurt China-U.S. relations and dampen the confidence in fighting the coronavirus, domestically and internationally.

When the U.S. public sees that their government has sunk so low as to scapegoat China, fears will only deepen, as shown in the continuous slide in the U.S. stock market despite increasing policy efforts.

It is unacceptable that politicians have made repeated and unwarranted accusations in an attempt to provide themselves political cover.

After COVID-19 broke out, China has been providing timely updates to the WHO and countries and regions including the United States. China has shared with them the genetic sequence of the virus, responded to their concerns and strengthened international cooperation.

In fact, the U.S. side reacted quickly in its initial response, but unfortunately, not in a rational or responsible manner. The United States was the first to evacuate personnel from its consulate in the hardest-hit city of Wuhan, and the first to suggest partial withdrawal of its embassy staff. U.S. Secretary of Commerce Wilbur Ross had claimed that the outbreak in China could help quicken the pace at which jobs and manufacturing return to the United States. U.S. Secretary of State Mike Pompeo was busy with defaming China's political system and policies.

During the initial stage, how much time did White House politicians spend on thinking about how to enhance domestic preparedness to protect the people's health and safety? Time was wasted. According to the tally on Coronavirus COVID-19 Global Cases by the Center for Systems Science and Engineering at John Hopkins University, the number of COVID-19 cases in the United States exceeded 9,000 as of March 17.

The irresponsible and cold-blooded words and actions of some federal politicians stand in sharp contrast with many U.S. states and cities which have expressed sympathy and support for Chinese provinces and cities. American businesses, institutions and people have also donated money and supplies to China. Now Chinese businesses and civil society are supporting the American people's epidemic response.

The U.S. politicians should be clearly aware that distracting the world from the shortcomings of their response will lead to nothing but division, domestically and internationally, damage the government's credibility, and make the United States weaker rather than stronger.

The only correct way out for the U.S. side is to focus on self-improvement, handle its domestic issues and provide convincing evidence that the spread of the virus can be brought under control as promised.

The window of opportunity is still open, but the virus will allow no more buck-passing by these politicians.

China will continue to work with the international community, including the United States, to strengthen communication and cooperation and jointly address the challenges with all-out efforts to safeguard global public health.